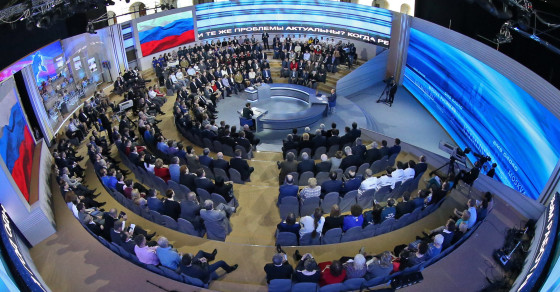 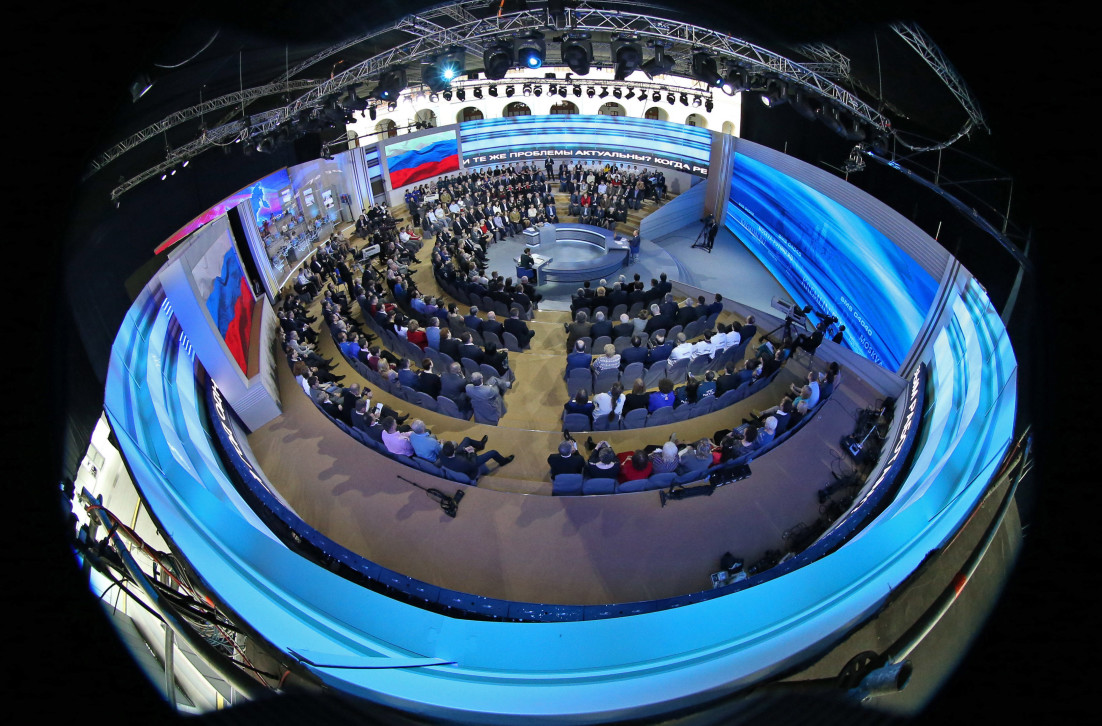 From Joseph Stalin’s socialist sloganeers to Vladimir Putin’s spin doctors, Russia has a long history in the propaganda business. But a series of gaffes by Kremlin-run TV in recent months suggests they haven’t exactly perfected their craft.

Case in point: Ukraine. Earlier this year, Western-leaning protesters toppled a pro-Moscow president. All along, the Kremlin’s line has been that ethnic Russians in Ukraine are under threat from “fascists” the new Ukrainian government allegedly supports. And state-run television, the main source of news for most Russians, has done its best to reinforce this hotly disputed message—often with bizarre results.

What appears to be Russia’s most recent epic propaganda fail came late last week. First, the state-run Rossiya 1 channel described a balding, middle-aged man shown lying in a hospital bed as a protester who had been attacked by activists from the Pravy Sektor (Right Sector), a Ukrainian nationalist movement, at a rally against the new pro-European government.

“On April 7, Andrei Pektov went as usual to the central square to declare his unhappiness with the new authorities [in Kiev],” the broadcast said. “But suddenly, radicals attacked the peaceful protest.”

The “two Andreis” were featured on pro-Kremlin TV channels.

Later that day, the Kremlin-run NTV channel had a very different take on the story. In a “sensational confession,” the same man was portrayed as a “German mercenary” who had smuggled some $700,000 into Ukraine with the aim of—wait for it—funding the Pravy Sektor movement.

The story of the “two Andreis” kicked up an online storm, with allegations that the state-run channels had hired the same actor to play different roles. “I don’t really know what to say about this,” said Marat Guelman, a former Kremlin spin doctor who now sympathizes with the opposition. “I mean, yes, it’s funny. But it’s also simultaneously shameful.”

Rossiya 1 later announced that claims of Pektov sympathizing with far-right extremists were “a provocation,” even though they aired on NTV. The latter network blamed the incident on what it called the difficulties of covering a revolution. Later, the channel indicated that Pektov may be suffering from schizophrenia. NTV did not clarify, however, why it originally said that Pektov was under armed guard, a detail that Rossiya 1 failed to mention in its report.

This isn’t the first time Russian state television has raised eyebrows with its coverage of the ongoing crisis in Ukraine. Late last year, in a now notorious broadcast, Russia’s Channel 1 aired breathtaking scenes of central Kiev jam-packed with protesters as far as the eye could see. “There are only a few hundred people in the central square now,” the broadcaster said, as the camera panned to reveal a crowd later estimated to consist of 1 million people. “The protests are dying out,” she added.

Channel 1 airs footage of a long line at the border, but the sign shows it's actually the Polish-Ukrainian border.

Russian officials have also regularly declared that hundreds of thousands of ethnic Russians are fleeing Ukraine to escape what they say is a rise in nationalist violence and a “humanitarian crisis.” Of course, there are no signs desperate, hungry and tired Ukrainian refugees on the streets of Russian cities, but state TV has dutifully taken up the story. In early March, Channel 1 aired footage of a long line of people waiting at a border post. The only problem was a sign visible in the video that clearly stated that the post was, in fact, on the Polish-Ukrainian border.

In one of the most bizarre claims aired by Russian state media, the journalist Dmitry Kiselev said the revolution in Kiev had been organized by Sweden, Poland and Lithuania as “revenge” for the 18th-century defeat of their combined forces by Czar Peter the Great’s army at a battlefield in modern-day Ukraine.

While the Kremlin’s propaganda may be crude and frequently inept, in some ways, it’s also been successful. In a public opinion survey carried out in March by independent pollsters from the Moscow-based Levada Center, 71 percent of respondents said they believe their fellow ethnic Russians in Ukraine are now being oppressed. Nearly half said the only solution to this was to send Russian troops into Ukraine.

“People in Russia believe that ‘fascists’ have seized power in Kiev and are ready to drown east Ukraine in blood,” says Oleg Kashin, an opposition journalist from Moscow.

In the case of the “two Andreis,” however, the Kremlin clearly showed its hand.