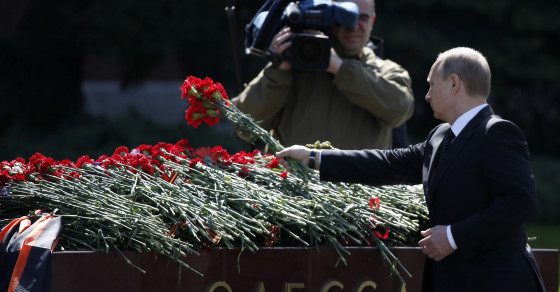 The Future of Russia: Soviet Cartoons and Stirring, Patriotic Songs
By Marc Bennetts

The Future of Russia: Soviet Cartoons and Stirring, Patriotic Songs 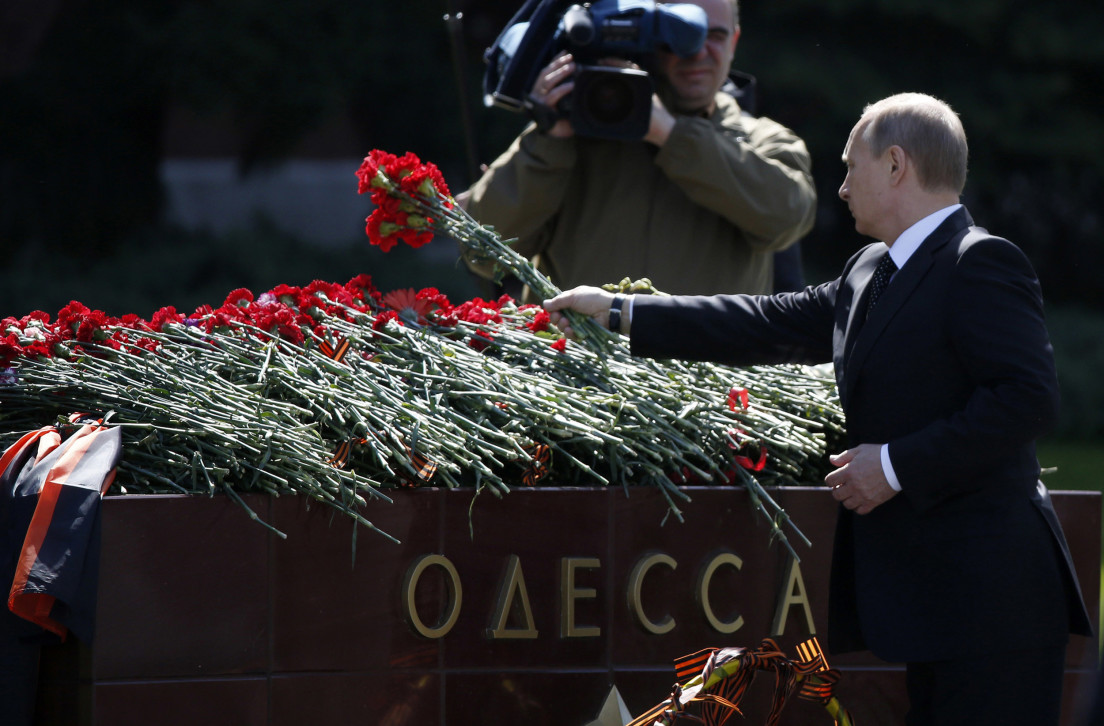 While the world’s attention is focused on the crisis in Ukraine, Russian President Vladimir Putin has been busy signing legislation that critics say will restrict freedom of speech.

Last week, for instance, Putin approved a law that makes it illegal to deny Nazi crimes during World War II. Nothing wrong with that, you might think. After all, who would want to defend the atrocities carried out by Adolf Hitler and his swastika-loving goons? There’s only one problem: The law also forbids the dissemination of “patently false information” about the actions of the Soviet Union during World War II—or the Great Patriotic War, as it is known in Russia. “False” in this context, of course, means anything that doesn’t fit in with the Kremlin’s official stance on the conflict.

Human rights activists and historians fear that the law could make it illegal to even discuss topics such as the reported mass rape of German women as the Red Army advanced through Nazi Germany in 1945. The punishment for breaking this new law? Up to five years behind bars. “The phrase ‘patently false information’ is deeply Soviet,” writes Boris Sokolov, a Moscow-based historian, in an article for Grani.ru, a banned opposition website. “We will now see the restoration of the Stalinist view of the war, albeit slightly modified. New books that do not adhere to the canon will not be published, and old ones will be allowed to go out of print.”

Even before the law came into effect, it was risky in Russia to stray too far from the official party line on World War II. Earlier this year, the independent, online channel, TV Dozhd, ran into massive problems when it posted an Internet poll asking if the Soviet authorities should have surrendered Leningrad to Nazi forces during the war to spare the city the misery of the longest and costliest siege in modern history. Although the poll was quickly pulled from the channel’s website, major cable and satellite operators in Russia quickly dropped TV Dozhd, reportedly under pressure from Kremlin officials.

The Kremlin may have seized control of state television—dubbed the “zombie box” by disaffected urban Russians—but an army of bloggers, as well as a handful of opposition websites, have for years been documenting the country’s many woes.

Critics are alarmed at how the Kremlin has not only seized control of state television, but is also targeting bloggers.

But Internet dissent is quickly becoming a thing of the past. Not content with blocking opposition blogs and independent news websites (something that made researching this article from Moscow a real problem), Putin approved legislation this week that requires popular bloggers to register as media outlets.

Starting Aug. 1, any blog that attracts upwards of 3,000 daily visitors can be required to prove the accuracy of any statements posted online, including those by third parties. Anonymous blogging will also become illegal, and those who break this law can face fines of up to $140,000 and/or the closure of their sites.

Putin said at a news conference earlier this year that popular blogs have the same influence as media and should be treated the same by the law. Bloggers, of course, have been livid.

Russian President Vladimir Putin is at odds with his critics over a new law that forces bloggers to register as media outlets.

“This is an absolutely idiotic law, whose aim is to turn the country into a totalitarian state,” says Sergei Kosalopov, who blogs on Live Journal, Russia’s most popular blogging platform.

The law comes in the wake of legislation passed by Russia’s parliament last month that requires foreign social media websites to base their servers in Russia.

But that’s not all. Earlier this month, a Russian senator proposed creating a purely Russian Internet that would be inaccessible from abroad. Senator Maksim Kavdzharadze said this would make it easier for Russia to keep its secrets from falling into the hands of its enemies. He also suggested naming Russia’s internal Internet “Cherburashka”—after a furry, Soviet-era cartoon character.

“That’s so symbolic of the way things are going in Russia,” says Tatiana Murzina, a Moscow-based lawyer.

Indeed, last week, Putin and his cohorts also passed a law banning curse words in films, music and public performances. That’s a tall task. As the Newsru.com website noted just before the law was signed, the Russian language has a vast arsenal of inventive curse words and expressions—some 5,000 at last count. Individuals found guilty of using foul language face fines of up to $70, while businesses that produce obscene material can be hit with fines of around $1,400. A panel of experts will be trusted with defining what exactly constitutes an obscenity.

For critics, the changes herald darker days to come. As Murzina, the Muscovite lawyer puts it: “The Internet and TV here will soon consist of nothing else but Soviet cartoons interspersed with stirring patriotic songs.”