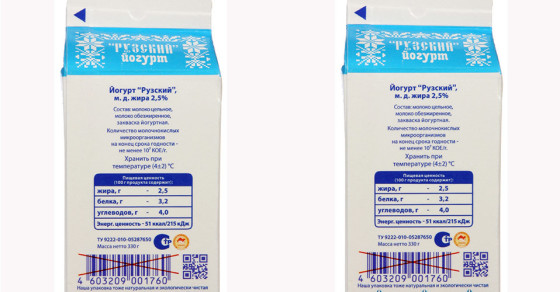 Fighting Satan, One Milk Carton at a Time
By Marc Bennetts

Fighting Satan, One Milk Carton at a Time 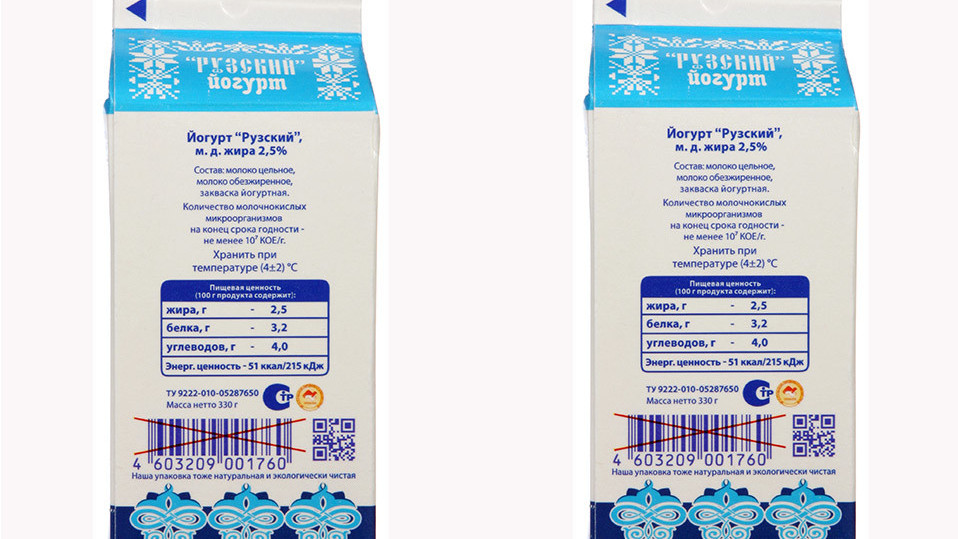 Russia’s Orthodox Christians have a long and bloody history of resisting Satan. About 400 years ago, Old Believers—members of a breakaway sect of Orthodox Christianity—often set themselves on fire rather than submit to “satanic” religious reforms. More recently, a doomsday cult in central Russia barricaded itself into a hillside bunker to escape the devilish practices of the modern world. Two members of the cult died during their six-month stay, one of cancer, the other of starvation.

Now a large Russian milk manufacturer owned by a controversial Orthodox activist has joined the good fight against Satan and his spawn. The latest front in the war against Lucifer: the breakfast table.

Russian Milk has been putting an X over the bar codes of its milk cartons, which the company believes bear the mark of the beast.

According to the Russkoe Moloko (Russian Milk) company, the red cross it stamps over the bar code on its milk cartons has puzzled consumers for some time. Apparently the public’s curiosity reached such a critical mass this week that the company felt it had to explain:

“It’s long been known that the bar code on all products is one of the prototypes of the mark of the beast—it always contains an invisible three sixes (666), or the name of the Antichrist,” the company writes in an online statement.

“When many Orthodox Christians buy something, they either throw away the packaging immediately or tear off the part containing the bar code. But if it is not possible to dispose of it or rip it off, they draw a cross over it.”

The markers at the beginning, middle and end of every Universal Product Code are represented in computer code by the number 6.

For many years, the idea that the ubiquitous bar code on food products is the mark of the beast—or Satan—has been popular among Christians all over the world. The thinking behind it comes from the Bible’s Book of Revelations, which states: “No one could buy or sell unless he had the mark, which is the name of the beast or the number of his name. This calls for wisdom. If anyone has insight, let him calculate the number of the beast, for it is man’s number. His number is 666.”

That might sound insane, but there’s plenty of room for conspiracy theories. Even George J. Laurer, the designer of the Universal Product Code system, admits that the markers at the beginning, middle and end of every UPC are represented in computer code by the number 6. (Click here for a more detailed explanation. For a simplified one, try the scene from the British cult movie, Naked, below.)

Yet Laurer denies any satanic connection. “There is nothing sinister about this, nor does it have anything to do with the Bible’s ‘mark of the beast,’” Laurer has said. “It is simply a coincidence, like the fact that my first, middle and last name all have six letters.”

And yet his explanation failed to convince fundamentalist Christians such as Russian Milk’s owner, Vasily Boyko-Veliky. In the past, this 54-year-old dairy tycoon has forced thousands of his employees to take Orthodox ethics lessons and threatened to fire those who have abortions or assist with them in any way.

“Russian Milk is forced to place bar codes on its packaging, as without this, we will only be able to sell our goods at farms, not in stores,” the company says in the same statement. “But we do not exclude the possibility that we may in the future carry out sales in a different manner. By placing the cross on the bar code, we want to demonstrate our stance: We are with our Lord, Jesus Christ, and not with the Antichrist and his servants.”

Vasily Boyko-Veliky, the founder of Russian Milk, is concerned about unholy bar codes.

That explanation seems a bit lame. After all, if the company really does believe in the unholy nature of bar codes, then surely by continuing to place them on its goods, it is consciously cooperating with the prince of darkness?

I called to see if they could explain. A friendly spokeswoman referred me to a 2008 statement by Patriarch Kirill, the head of the powerful Orthodox Church.

“The use of personal tax reference numbers or other documents containing bar codes is not an acceptance of the mark of the beast,” Kirill said. “It plays no role in the issue of salvation.”

That also failed to convince me, so I called Father Vsevolod Chaplin, a controversial spokesman for the Russian Orthodox Church.

Chaplin is certain: There is nothing satanic about the bar code. He does, however, understand why some Christians might feel differently.

“I’m not sure why the bar code was created in this way—to mock Christians or whatever,” he says. “But if it causes offense, why can’t it simply be redesigned?”

Until that day comes, Russian Milk will have no choice but to remain vigilant. It seems that Satan and breakfast cereal just don’t mix.