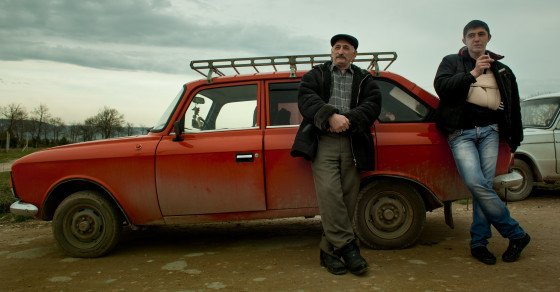 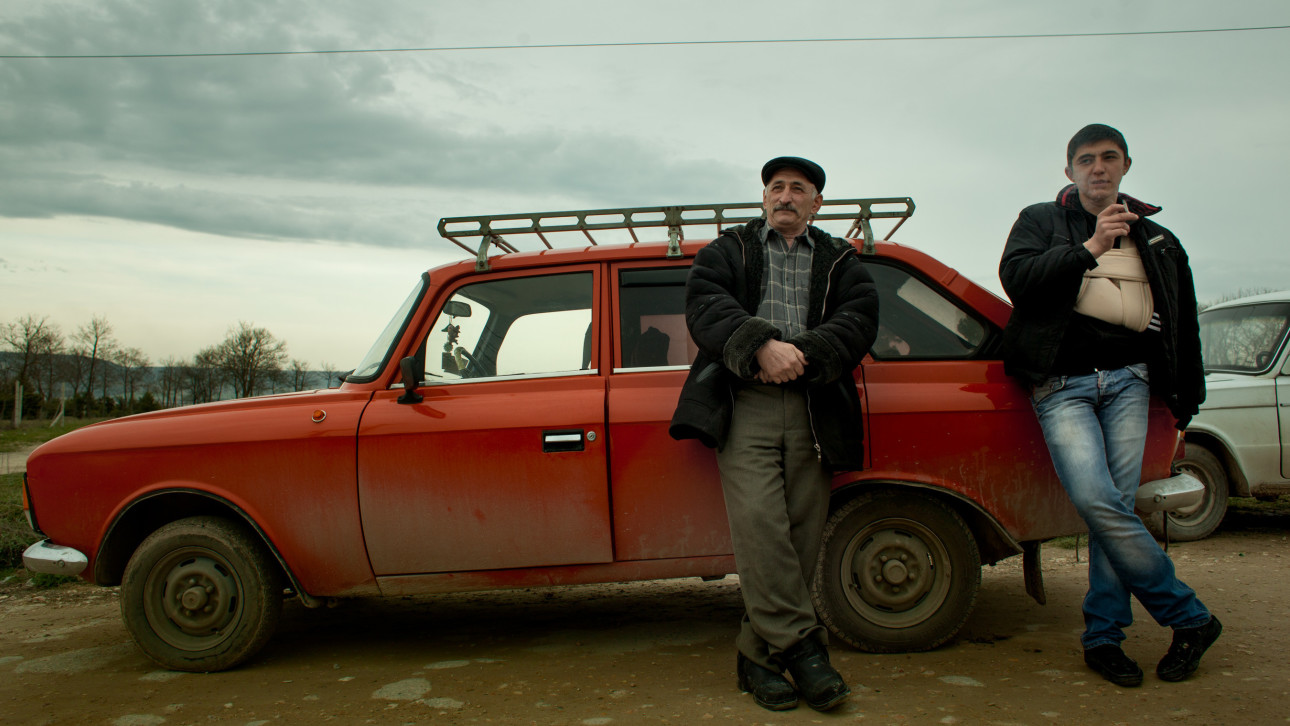 When Soyun Ablayev came home from the dentist on Thursday, he noticed that something was wrong. There was mud on the handle of the gate leading to his garden and a window was forced ajar.

Moments later, as he entered his garden, he saw a man with a pistol standing by the house. Caught in the act, the man ran away, along with two companions. They quickly disappeared into the forest at the edge of this small Tatar settlement not far from the Crimean capital of Simferopol.

The burglars had trashed Ablayev’s house and stole some money. But at a time when Russian soldiers are controlling Crimea and lawmakers seem eager to become another one of Vladimir Putin’s provinces, the break-in left Ablayev and his Tatar neighbors on edge. They didn’t know if the men were provocateurs or criminals, but they weren’t taking any chances. Within a few hours, the men in his village gathered around a neaby mosque. Their goal: to increase unarmed patrols through the town and make sure that someone was walking the streets at all times. “We’re trying to protect our homes, families,” says one Tatar man, who asked to remain anonymous for his safety. “We think there will be more incidents like this.”

He may be right. The Tatars are in a tough spot in Crimea, an autonomous seaside region in Ukraine. They largely supported the grassroots uprising against President Viktor Yanukovich, but now the Russian invasion has left them afraid of déjà vu. Falsely accusing them of supporting the Nazis during World War II, the Soviet government of Joseph Stalin exiled the entire Tatar population—roughly 200,000 people—to Central Asia. Over the past 25 years, most Tatars have returned, but they haven’t forgotten. Having been lorded over by Russians in the past, they’re now wary of history repeating itself.

Crimean Tatars gathering around a mosque to discuss the latest developments and to sign up to the local civilian defense group.
(Vocativ/Yusuf Sayman)

Down the road from the mosque, a few young men are hanging out, chatting. They’re unarmed and look more like friends on the corner than a self-defense group. They work in six-hour shifts, round the clock, keeping an eye on every street. And they are clearly very worried about the dodgy-looking Cossack types and other pro-Russian groups who have taken up positions around Crimea in the last few days, apparently in cooperation with the Russian forces. “Have you seen these guys around the city?” another man asks. “Some of them have big sticks. When you ask them what they are doing, setting up checkpoints and things, they say it’s their job. But who do they work for? We just want peace, but we won’t allow anyone to mistreat us.”

Mistreatment is something the Crimean Tatars know well. Sitting in his house—unfinished, like most buildings in this poor settlement—Sabri Gelilullah, an elderly man, recalls what happened on May 18, 1944, not long after Crimea was liberated from the Germans following three years of Nazi rule. That morning, Soviet authorities woke him up and gave his family 15 minutes to pack their belongings. “We were put onto vehicles, taken to the train station in Bakhchysarai, loaded into wagons and driven off,” he says. “We spent 22 days in cattle wagons on the way to the Samarkand region of Uzbekistan, women, children, old men all packed into the cars. Many died on the way. Whenever we stopped, their bodies were just thrown out of the wagons.”

A scene from the Old City in Simferopol. This was a predominantly Crimean Tatar neighborhood before the deportation of 1944. Now it is a mixed neighborhood with few Crimean Tatars residing.
(Vocativ/Yusuf Sayman)

The journey was a Tatar trail of tears. As many as 100,000 died during the first three years following deportation due to hunger, thirst and disease. “We put the dead in sheets of fabric and buried them like that,” Gelilullah recalls. “But we could never bury them deep enough, and sometimes the jackals would dig up the bodies and eat them.”

Once they arrived in Central Asia, the Tatars were forced to work in the Gulag—a notoriously brutal system of Soviet prisons. And though they eventually were “rehabilitated” and moved into towns, they weren’t allowed to return home to Crimea until the end of the 1980s.

Crimean Tatars gathering around a mosque to discuss the latest developments and to sign up to the local civilian defense group.
(Vocativ/Yusuf Sayman)

Gelilullah came back in 1990, only to find a Russian family living in his old home. He wasn’t the only one. The Russians had become the majority in Crimea. “I spent six months squatting on this piece of land until they gave me the deed to it,” he says of his new home, which used to be part of a garbage dump. “They wouldn’t give us a place to live, so we had to take just any plot we could find. And then we would try to build houses on it, and the authorities would come and demolish it. One man burned himself to death in 1993. He had been arrested three times for trying to build a house, and he said they would never take him again alive.”

Eventually, things got easier, especially after the Tatars set up their own representative body, the Qurultay, to help fight for their rights. Their makeshift settlements grew into villages, and their status became legal as the Crimean government started relaxing its rules. Yet even today, the Tatar settlements are bleak and impoverished. The roads are unpaved, the water often comes from wells, and some have to use generators for electricity.

Jobs are scarce here as are schools because the government won’t finance them. Few Tatars have a voice in the regional government of Crimea because few supported President Yanukovych, whose pro-Russian government was overthrown by demonstrators in Kiev last month.  “Many of our kids are now unable to speak the Tatar language properly—or at all,” says Enver Abibullah, a Tatar journalist. “Yet they are still coming back, some 2,000 every year.”

The Russian invasion has left the Tatars afraid. Most have amicable relations with Crimean Russians, and there is even some intermarriage. But the government in Moscow is a different story. “We never got anything good from the Russians,” says Mustafa Mustafayev, councilman for the settlement where the break-in occurred. “They deported us, even though our fathers had actually helped liberate Crimea from the Nazis. And now this? You can’t just go into somebody else’s country like this. We want to remain part of Ukraine.”

He says he will not even take part in the referendum, set for March 16 by the pro-Russian regional government—and condemned by the West as illegal—to decide the fate of Crimea. Some of the men in the self-defense group say they may vote, but they will all vote against secession. “We’re fed up with the Russians,” says Hayir Paniyev, a 50-something man who leads this group. “We have had quite enough of them since 1944.”

As it stands, the situation is up in the air. Tensions between local Russians and Ukrainians are running high. And no one knows how the fate of Crimea will affect the Tatars.

I asked Paniyev, the head of one of the self-defense groups, what he thinks will happen to his people. He mulled the question for a while, as he leaned against his old Moskvitch car, which he jokingly calls a Russian BMW. He was born in exile in Uzbekistan and spent his whole life hoping to come back to the homeland he had never seen. Eventually he returned in 1988. And he has no plans of leaving or ending these patrols. “We are,” he says, “a very patient people.”