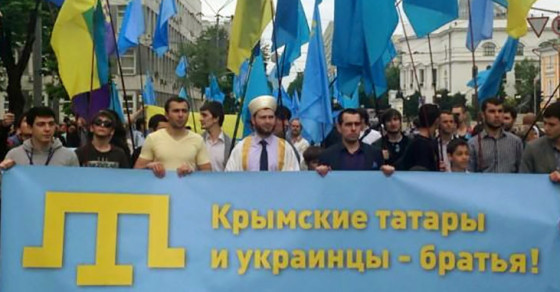 Why Crimea’s Tatars Are Hashtagging #Genocide
By Sarah Kaufman

Why Crimea’s Tatars Are Hashtagging #Genocide 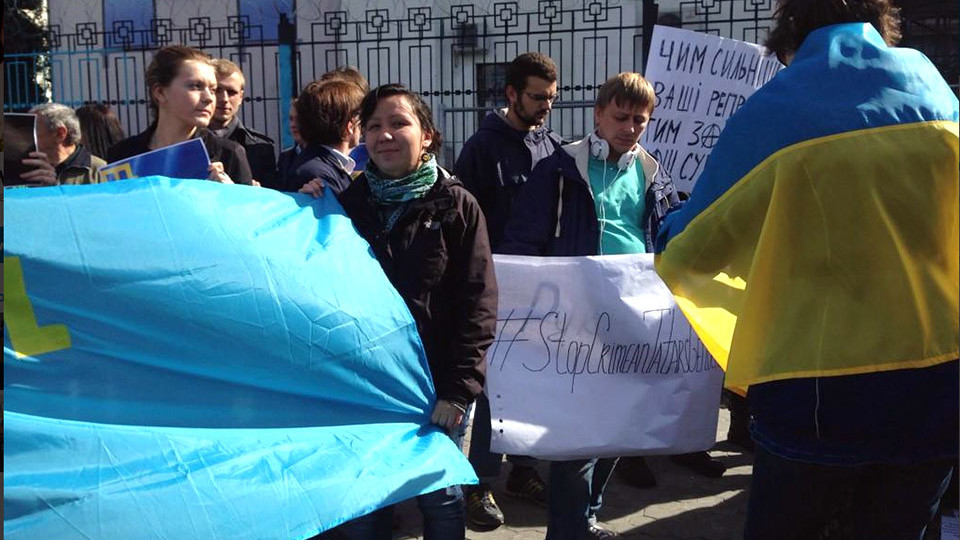 The Tatars of Crimea know a genocide when they see it.

Back in 1944, Joseph Stalin marched the entire Tatar population out of Crimea all the way to Uzbekistan. Almost half of them died as a result, eradicating a large chunk of this Turkic, Muslim minority group in one go. The remaining Tatars clung on. Now, in the wake of Russia’s annexation of Crimea, they worry that ethnic cleansing is on the way again. Many of them feel their lives are at risk.

The threats started with swastika graffiti appearing on Tatars’ houses in the peninsula. Russians are said to be behind the vandalism–buying into state propaganda that often says those who don’t support the Kremlin are Nazis.

After the occupation of #Crimea by #Russia, the terrible genocide of Crimean Tatars began #StopCrimeanTatarsGenocide https://t.co/Lm0IrbJCpt

| |
Graffiti translation: “Get out of Crimea, Tatars!”

The Tatars are likely to be unpopular in Russian eyes because of their stoic refusal to yield. Many members of the minority group boycotted voting in the local elections Sept. 14, saying they were threatened with expulsion if they didn’t switch their citizenship to Russian.

Now—in the wake of the “Peace March” in Moscow over the weekend in which thousands of people protested the Kremlin’s military action in Ukraine—fearful Tatars are striving to make their plight heard. Ukrainian and Russian activists united against Crimean Tatar persecution launched a virtual campaign last week on Twitter. The hashtag #StopCrimeanTatarsGenocide has been tweeted hundreds of times. 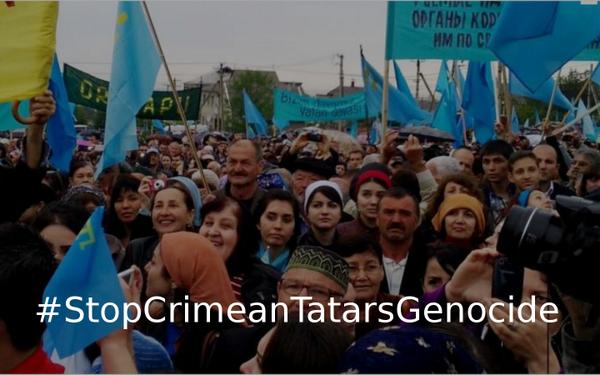 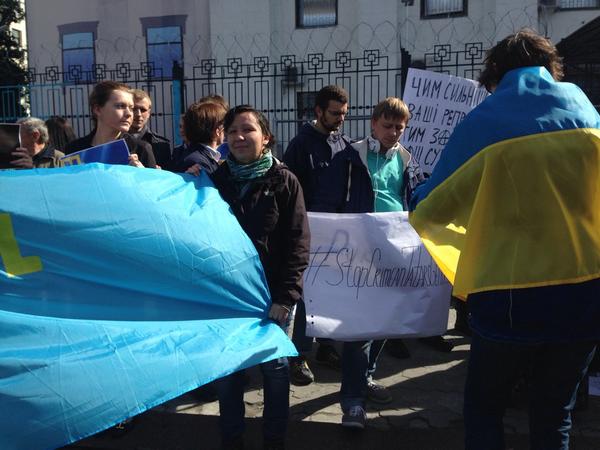 | |
Tweet translation: “Demonstration in front of the Russian Embassy.”

Although the Tatars clearly feel under threat, “Genocide” and “deportation” are strong words, and may be overstating the threat the Tatars face at present. With governments historically reluctant to use the G-word unless a situation has built to apocryphal levels, the Tatars cries may fall on deaf ears, even as influential Tatar leaders are warning Crimean Tatars that history has a tendency to repeat itself. Speaking to the United Nations’ conference on indigenous peoples Wednesday, Crimean Tatars self-governed body leader Refat Chubarov said “it would not be an exaggeration to say” another deportation is happening again. Another Crimean leader and former head of the Crimean Mejlis, Mustafa Dzhemilev, said Thursday that there’s probably preparation underway to deport the Crimean Tatars from Russia.

Crimea’s chief prosecutor and anime meme inspiration Natalia Poklonska said she would deport anyone who opposed Russia’s annexation of Crimea, spurring angry comments from Ukraine’s Foreign Ministry Wednesday that Tatars who openly oppose the annexation are facing threats to their lives. The World Bulletin estimated that 3,000 Crimean Tatars have already left the peninsula since its annexation by Russia. How many more flee before they are pushed to do so is anyone’s guess.