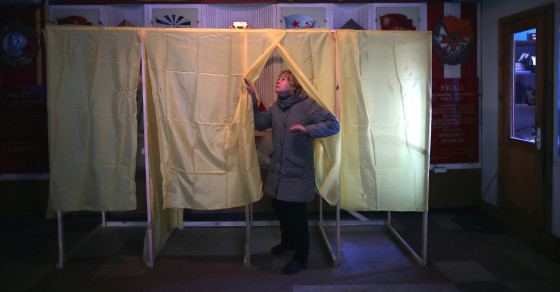 The 5 Top Reasons Crimea Should Rejoin Russia, According to Putin and Co.
By Versha Sharma

The 5 Top Reasons Crimea Should Rejoin Russia, According to Putin and Co. 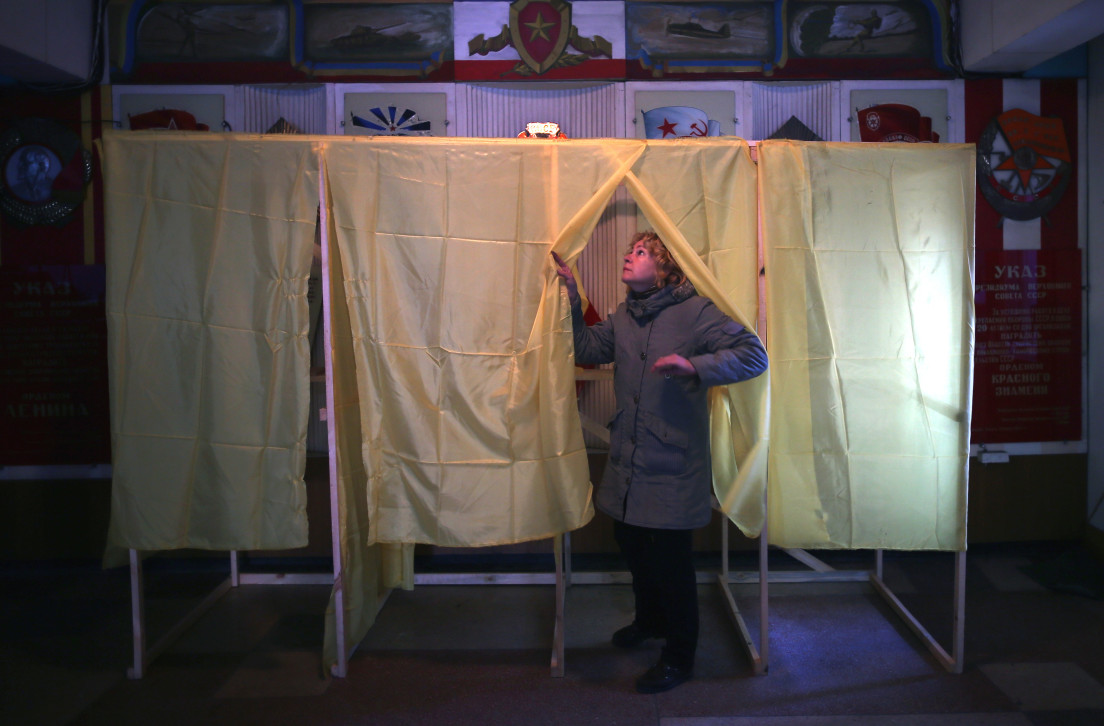 In the run-up to Sunday’s referendum in Crimea, Russia has done all it can to dominate the information war: banning all opposition websites (even for people outside Russia), filling the airwaves with propaganda (the government in Kiev is anti-Semitic; the U.S. and Europe are behind Ukraine protests, etc.), and even helping to set up a website and Twitter account entirely dedicated to letting you know that the referendum is in safe, fair hands.

The website, aptly titled Referendum 2014, is chock full of interesting nuggets about public opinion polls taken in the Black Sea peninsula regarding the choice of whether to stay part of sovereign Ukraine or join Russia. It’s available in Russian, Ukrainian and Tatar, but not English. Here are the top five reasons why the masters of spin think Crimea should be part of the new Russian Federation.

The Pitch: Everyone basically supports it anyway.

A post from March 13 claims that more than 80 percent of Crimeans support “reunification with Russia,” according to a survey of 2,500 people conducted by the Institute for European Policy Studies.

The Catch: We couldn’t find a legitimate website or report from the so-called Institute for European Policy Studies—searching the web brings up the Center for European Policy Studies, but that’s a different organization, and one that did not conduct this poll. A CEPS post discussing how Putin “couldn’t care less” about Russia’s international commitments and how he’s breached several agreements tells us they’re probably not in support of this referendum.

The poll says most Crimean population centers are more than 80 percent in favor of joining Russia. The source of the poll is SevastopolNews.info, a website that appears very pro-Russian, judging by its recent headlines and highlighted photos about rallies in Crimea supporting the “Russian Spring.”

The site also reports a zoo director’s joke offer (we think it’s a joke, anyway) of 60 lions to guard the referendum. Yes, lions.

It’s not quite like Kim Jong-Un’s reelection in North Korea with 100 percent of the vote, but it’s close.

If Tatars stick to their referendum boycott, any turnout stats above 80% are BS. https://t.co/qERyMtjY0q via @eurasianet

The Pitch: Only “right-wing radicals” are opposed.

The most recent post on Referendum 2014 is about Crimean Prime Minister Sergey Aksyonov encouraging people to come to the polls on Sunday, and assuring them that Russian and international observers will be watching the election.

The Catch: Aksyonov earned the moniker “Crimean prime minister” with guns, not votes. It happened in an armed occupation of the Crimean parliament after pro-Russian forces stormed the building and took it over. (He’s also apparently nicknamed The Goblin?)

The PM thinks the “right sector” in Ukraine “is preparing provocations in Crimea under the guise of Russian troops,” according to a Russian news agency. This is a frequent argument from Moscow: Radicals have taken over the government in Kiev, rendering it illegitimate, and these rabble-rousers are the only ones trying to get in the way of Crimea’s peaceful reunion with Russia. Not, you know, those aforementioned armed gunmen.

The Pitch: The business investment environment in Russia is far superior to Ukraine.

Quoting a local economic advisor, Referendum2014.ru says joining Russia would be unambiguously beneficial to Crimean cities like Sevastopol, whose businesses could improve under lower Russian tax rates. They acknowledge that pensions are the main concern to many citizens in Crimea, and that the Russian system is similar to Ukraine’s, with even more benefits—higher pensions and better retirement conditions, allegedly. Also: lower energy prices.

The Catch: No mention of that Russian stagnation.

The Pitch: Observers from Hungary, Serbia and Greece are cool with the referendum.

The Catch: The United Nations Security Council (with the obvious exception of Russia) does not support this referendum. The Organization for Security and Cooperation in Europe, which is sending observers to Ukraine for the upcoming presidential elections, does not support this referendum. But Russians want you to know that people from Hungary, Serbia and Greece do. These are, to quote Buzzfeed’s Max Seddon, “fringe European lawmakers and a former ally of an accused Serbian war criminal.” He also points out that “the only other option on the ballot calls for Crimea to declare effective independence from Ukraine,” so there’s that.

The Pitch: Moscow is extremely generous and already giving humanitarian aid to Crimea.

A report from March 11 recounting a phone call between city administrators in Sevastopol and Moscow says the latter’s mayor is already working on a plan for the development of the Crimean port. And they’ve already sent aid for the elderly and disabled, as well as general medicines and educational computer equipment for schools. The Moscow mayor also said veterans of Sevastopol will get a one-time financial aid of 5,000 rubles ($135) per person.

The Catch: Not that they’re buying votes or anything.