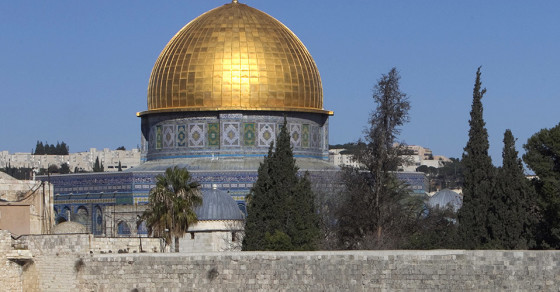 As clashes in Jerusalem continue between Arabs and Israeli police, fueled by renewed disputes between Muslims and Jews over prayer rights at the most controversial place of worship in the Middle East, ISIS supporters are now chiming in with a recruitment call.

A social media campaign called “recruitment for Al-Aqsa”–Islam’s third-holiest site, also known to Jews as the Temple Mount–has been circulating on ISIS online channels to establish a jihadi force with the goal of “liberating Jerusalem.”

“The goal of this holy campaign is to prepare suicide and jihadi attacks against the Jews,” the group says in a long, rambling statement published on multiple social channels. “That’s in order to implement the law of Allah and liberate the captive al-Aqsa mosque from the hands of the filthy Jews.”

The statement lists points of contact on Skype, Twitter, phone and email, and quotes both Osama bin Laden and ISIS’s late leader Abu Omar al-Baghdadi (the predecessor of current leader Abu Bakr Al-Baghdadi)–though members would not confirm any links to ISIS when contacted by Vocativ.

The campaign says it will provide each of the 50 fighters it aims to gather with $2,500 in cash, as well as the honor of having their accomplishments reported by the group. Vocativ called the phone number listed on the posting; the man who answered told us that the $2,500 stipend is sufficient to cover the cost of a Kalashnikov rifle (roughly $1,800), with extra money left over for bullets, at $3 dollars apiece, and magazines, costing $20 each.

The posting states that Muslims inside and outside Palestine share responsibility to fight in Jerusalem, and that those who cannot volunteer should provide financial assistance to others who are able. “Our Muslim brother, if you can’t be a mujahid by yourself, then you should know that your brothers in Palestine promised to Allah to go in the path of jihad,” it says. “Don’t be cheap with your money.”