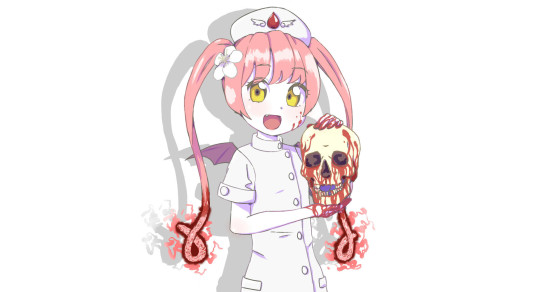 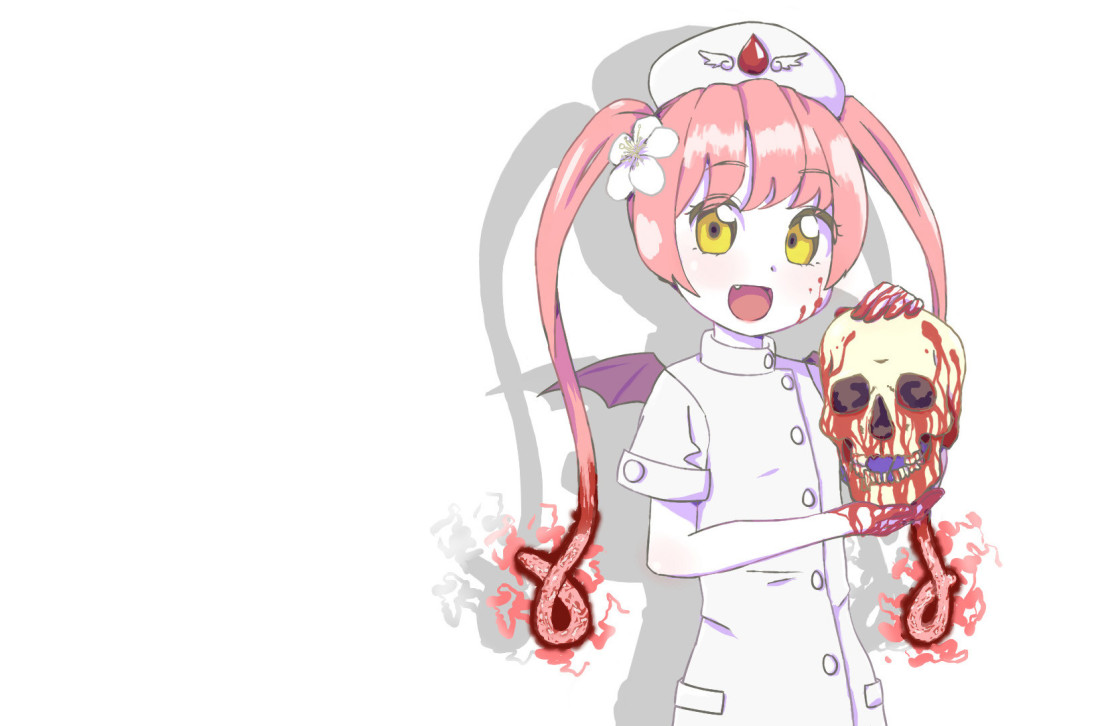 Users of 4chan are spreading an Ebola meme across Nigeria’s biggest online message board in an attempt to freak out Nigerians living in fear of the deadly virus. The female anime character Ebola-chan first exploded all over 4chan in August as a reaction to the widespread concern over the Ebola outbreak—but now some 4chan users are trying to seed panic in West Africa by stoking the meme on Nairaland with bizarre pictures of false sacrifices and demon worship.

The original Ebola-chan was a seemingly innocuous cartoon of an anime woman with hair that looks like the Ebola virus strand. She was depicted wearing a skimpy nurse outfit and holding a bloody skull. Ebola-chan first made her rounds on 4chan on Aug. 7, and her image came with text threatening users with excruciating pain and death if they didn’t reply on the thread with the phrase, “I Love You Ebola-chan.” Tongue firmly in cheek (or so it would seem), 4chan and Reddit users played along, and a meme was born.

Hundreds of users replied with comments to mock-appease the fictitious goddess and ward off Ebola: “GOOD LUCK EBOLA-CHAN!” and “HAIL BLOOD-GODDESS! HAIL EBOLA-CHAN!” Creative (and NSFW) versions appeared on Facebook, and the whole meme gained a stunning momentum.

But it was on 4chan where a more sinister motive emerged. Some users openly hoped that the Ebola-chan meme and its mock idolatry would find its way onto Nigerian forums, where it had far greater potential to cause fear among a population genuinely at threat from the disease.

Said one anonymous 4chan user: “If this ends up in the news, increasing tensions between blacks and whites in Africa—where they are already superstitious and think Ebola is made by whitey… Sure, we’ve not seen the flowering of this yet, but it’s just been a few days of death cult posts. Ebola-chan herself isn’t that old either. Give it time to work.”

Another urged it on: “If we keep it up, soon enough some African media will report it and people will start to spread the word that Ebola might be beign spreaded [sic] by the white devil and that’s enough to help Ebola-chan.”

Users on the Nairaland forum duly picked up on Ebola-chan (quite possibly in threads seeded by 4channers), calling her a plague goddess and pointing at how Westerners were invoking some sort of voodoo against Ebola sufferers. Nairaland user johnokonkwo posted several photos of an Ebola-chan “shrine” Wednesday, saying Americans and Europeans are performing “magical rituals in order to spread the disease and kill people.”

A mock shrine to Ebola-chan, with a so-called "blood ritual."

Comments on the Nairaland thread “White Demon Worshippers Trying to Spread Ebola Using Witchcraft” show a mix of seemingly genuine fear and utter skepticism at the claims that Western medics are in fact devil-worshipping, fear-spreading witch doctors who want to rob Africans of their organs.

One Nairaland user commented on the shrine accusation post: “I ask you this: Why is everyone running from the white doctors? It’s because they will infect you with Ebola.”

All of this is grist to the 4channers’ mill, who responded with delight at the ignorance on display once it was posted on Nairaland and began to gain some traction.

RACIST 4CHAN USERS DELIGHT AT THE PANIC THEY HAVE STOKED >>

Juvenile as this may seem, stoking fear like this amid an ongoing and quickly growing pandemic is hugely irresponsible. Infected areas in West African countries are already battling information and animistic beliefs that create huge barriers for doctors trying to deal with the disease on the ground. People in rural communities have been known to avoid scientific treatment—seeking out magic cures like holy water rather than quarantine and medicine. With the number of new Ebola cases increasing at a rapid rate, the rise of our girl Ebola-chan could be more dangerous than just meets the eye. Many Nigerian villagers are suspicious of Western aid workers and doctors because of misinformation about the virus. Some believe it is witchcraft that causes the illness and often refuse to see a doctor.

But hey, probably the best thing that can happen is for someone to share this page into the Nairaland forum and hope that it gains the same traction as the Ebola-chan meme did originally.