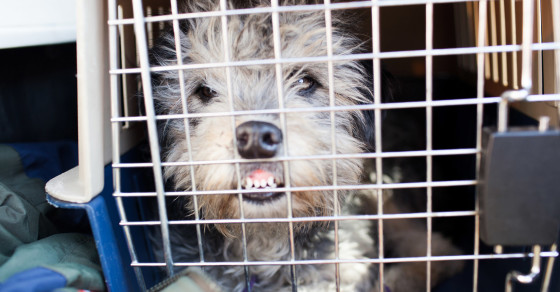 Saving Canine Pilgrims From the Christians 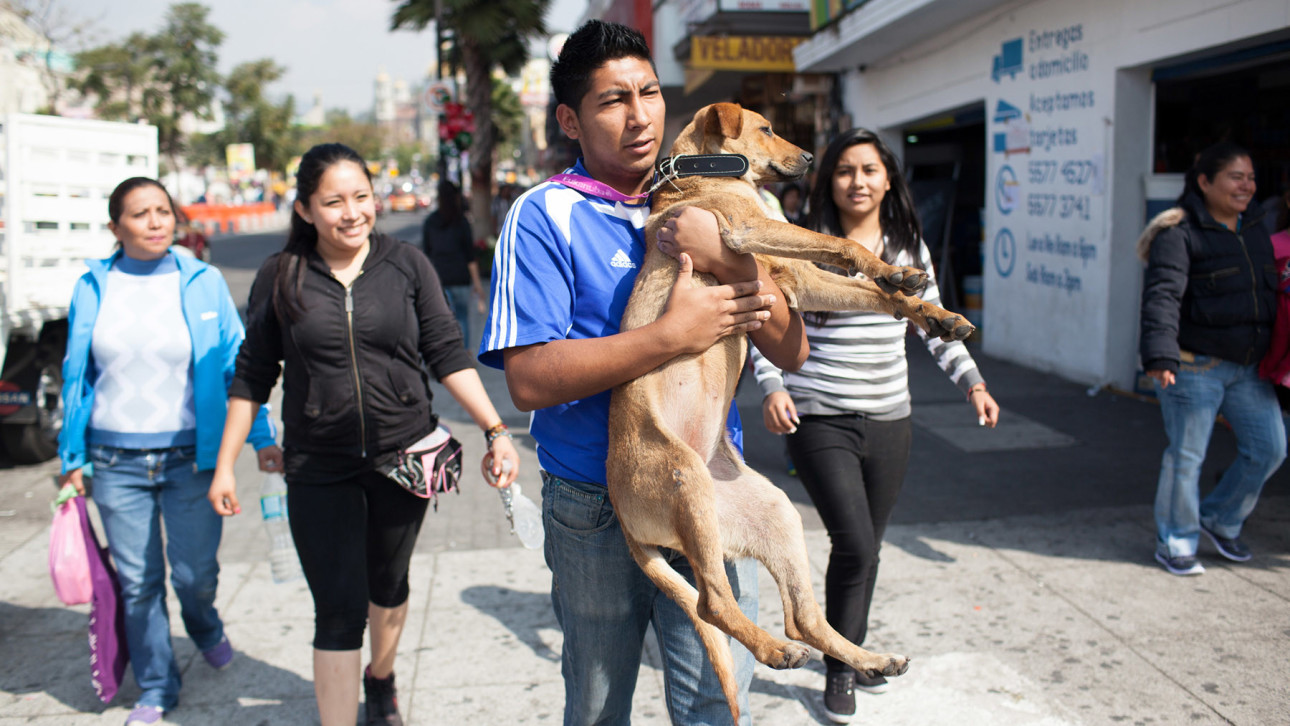 MEXICO CITY—Diana Albarrán, 17, is careful not to approach the blond dog too quickly. The animal, its fur dirty and riddled with scars and wounds, looks at her suspiciously. Once the girl squats and shows him a sausage, he wags his tail and walks toward her. “It’s OK, we’re not going to hurt you,” Albarrán whispers. She fills a plastic bag with water and another one with dog food and sausages. She places a collar with a leash around his neck as the animal starts eating. After a while, she takes the animal to a nearby car, where two other dogs are already sleeping in cages in the back.

Albarrán is happy; it’s the 10th catch of the morning. She and some 20 volunteers of Mundo Patitas, an animal rights nonprofit, are scouring the area around the Basilica of Our Lady of Guadalupe, just north of Mexico City’s colonial center. The volunteers, mostly teenagers and students in their early 20s, are scrambling to pick up as many stray dogs as possible today. “We’re trying to save them from being rounded up and killed by the municipal dog brigade,” she says.

Diana Albarrán, a Mundo Patitas volunteer, attempts to convince a blond dog to come with her on the square.

The basilica is Mexico’s most important Catholic shrine. According to lore, the Virgin Mary appeared to an indigenous farmer on a nearby hill in the 16th century. Popularly known as La Villa, it’s a complex of both modern and colonial church buildings and stores selling religious items. Other than Saint Peter’s basilica itself, no Catholic shrine in the world attracts as many visitors.

Last Friday, Dec. 12, was the busiest day of the year at the basilica, as millions of devout Mexicans came together during the Guadalupana, the yearly pilgrimage commemorating the Virgin’s apparition. Over 7 million visited the shrine this year, many of them hailing from poor, rural areas and walking hundreds of miles to get here.

But it’s not just pilgrims flocking to the basilica. Hundreds of dogs tag along with them, too, most of them strays attracted by large groups of people in the hope of being fed. Others are pets the pilgrims take with them for protection and company. But to many of them, the basilica is the end of the line. Most pilgrims returned to their hometowns on Saturday on buses that don’t allow animals on board. The dogs are stranded and settle near the basilica, much to the chagrin of those living in the neighborhood, who call on the municipal dog brigade to get rid of the animals. Last year alone, more than 100 dogs were stranded in the area after the piligrimage. Most of them were rounded up and killed by municipal authorities.

Diana Albarrán and another volunteer feed a stray dog at the market behind the basilica.

“Catholic charity generally doesn’t extend to animals,” says Albarrán. “Most Mexicans don’t see dogs as living beings. They either consider them objects or a nuisance. We’re here not just to save the dogs, but also to make people conscious of how to treat them.”

This year marks the first time Mundo Patitas is working at the basilica, and volunteers will make several trips to the area this week. The group prioritizes puppies, as well as sick and pregnant dogs. Armed with bags of food and water, collars and leashes, the volunteers caught 13 dogs on Saturday. Among the saved dogs were a pregnant black Labrador, a small white dog with a limp and an older boxer cross with a bad rash and respiratory problems. Once their two trucks were filled to capacity, the animals were brought to a vet, given medical care and sterilized, then taken to a small shelter just outside the city, where the dogs will await adoption.

“We generally leave the healthier, strong dogs alone,” says Mariel Fernández, 21, one of the coordinators the rescue mission at the basilica. “We have very limited resources and can only focus on the most urgent cases.”

Mariel Hernández of Mundo Patitas shows the first stray dog she picked up Saturday to other volunteers.

Indeed, the group can barely make a dent in Mexico City’s stray dog population, which, depending on the source, is estimated to be anywhere between the hundreds of thousands and 3 million.

According to groups like Mundo Patitas, most Mexicans still don’t know how to properly take care of dogs. “Dogs are often taken in for their use as guardians, but not as companions. Many people see them as property, which they can get rid of as garbage when they’re not convenient anymore,” says Albarrán. “And to make matters worse, they often don’t take good care of them, either. They leave the dogs on the street, don’t feed them properly, don’t give them the vaccines they need.”

There are signs, however, of growing consciousness among Mexicans of the plight of stray animals. With the advent of social media, a large number of volunteer groups are now dedicated to the care of dogs living in Mexico City’s streets. They organize food rallies and use Facebook and Twitter to reach out to dog lovers looking to adopt.

Mexico’s authorities, too, are slowly becoming kinder to animals. Last June, Mexico City’s congress voted in favor of new legislation that, among other things, aims to prohibit executions of rounded-up stray dogs and to oblige owners to register their pets. Animal abuse can now, at least on paper, be punished by lengthy jail time.

But enacting laws is one thing—changing the mentality of a country another, says Mariel Hernández of Mundo Patitas. “We sometimes notice judges aren’t even aware of laws that protect animals. And Mexico is country where laws are often ignored. Educating people on how to treat dogs is far more important.”