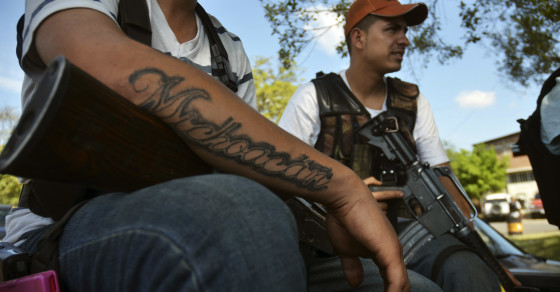 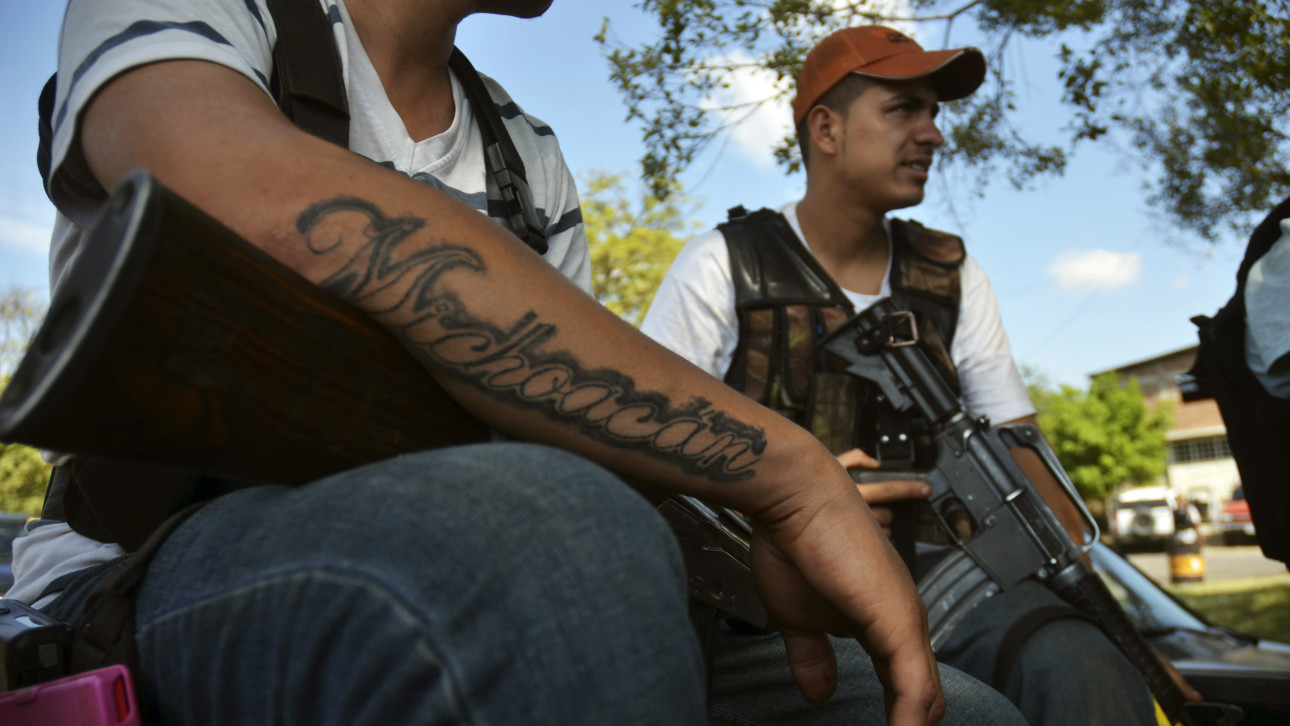 Mexico’s security forces seem to be on a roll. Over the last few months, they’ve captured the world’s most wanted drug lord, killed a capo who many already thought was dead and dealt a series of blows to one of the country’s most notorious cartels.

So why can’t they capture the only drug lord out there who regularly gives interviews, loves appearing on television and, according to some, can be found in a small town simply by knocking on his front door?

His name is Servando Gómez, but many here in Mexico call him “La Tuta,” which means “the teacher.” Gómez was among the original founders of La Familia Michoacana, a now-defunct drug cartel that has been reshaped into another equally violent group by the name of The Knights Templar. Mexican authorities have placed a bounty of $2.3 million on his head. And with good reason.

La Familia was originally founded as a vigilante group of sorts, aimed at ousting a rival cartel from the central Mexican state of Michoacán. It would soon become a drug trafficking group in its own right, with a strong religious element injected by its founder, Nazario Moreno, who justified brutal killings as divine justice. After La Familia collapsed because of internal strife, some of its leaders re-founded the group as the Knights Templar, which continues to combine cartel violence with religion.

But over the past few months, it seems, the authorities, with the help of vigilante groups known as “autodefensas,” have the Knights Templar on the run. This week, Mexican authorities announced they killed Enrique Plancarte, one of the group’s leading figures—and the third Templar boss to fall this year.

A screen displays photos of Enrique Plancarte during a news conference in Mexico City on April 1, 2014.
(Reuters/Henry Romero)

The more the cartel seems to be on the ropes, the more absurd it seems that Gómez is still roaming the southern mountains of Michoacán.

The drug lord is considered a bit of an oddball among his fellow drug lords. While most wanted narco thugs constantly move around to avoid capture, are wary to have their pictures taken and even undergo plastic surgery to hide from authorities, Gómez loves the spotlight. He considers himself an evangelist for the Templars. He claims that the cartel is actually protecting the people of Michoacán, and that they don’t kidnap or kill their own.

Over the past few years, he’s sent videos of himself to television stations, openly admitted to working for the cartel and regularly talked to journalists. Once he even kidnapped a group of Mexican reporters and refused to let them go until they interviewed him.

Unlike other famous drug lords such as Joaquín “El Chapo” Guzmán, Gómez isn’t exactly a hard man to reach. Locals say he openly roams the streets of Tumbiscatío, a small town. “Everyone knows where to find him,” says a resident of Nueva Italia, a city that until January was a Knights Templar stronghold. “People often go to the town of Tumbiscatío, in the southern mountains of Michoacán, to ask him for favors. I’ve seen him on numerous occasions.”

The vigilante groups in the area also say they know where he is, and they’re frustrated that Mexican authorities haven’t done anything about him.

But it may actually be Gómez’s hunger for the spotlight that partly protects him from getting caught. According to locals in Michoacán, Gómez is extremely popular in the area. He freely gives money to anyone asking for help and has cultivated an image of someone who helps the people—even though the authorities and autodefensas say he’s responsible for murder, extortion and kidnapping.

Gómez is also protected by a team of loyal bodyguards who reportedly won’t let their boss be captured without a fight. “We could go after him and capture him ourselves,” says José Manuel Mireles, one of the founders of the vigilante groups in Michoacán. “But it would be a violent affair, dozens of people could die.”

“He is still surrounded by a group of very violent, very dangerous operators,” says Estanislao Beltrán, the chief spokesperson of the autodefensas. “It’s hard to take down La Tuta at once without first dismantling his inner circle.”

That seems to be the strategy of the authorities. Mexico Attorney General Jesús Murillo Karam has his eye on at least 13 cartel operators who are critical kill-or-captures. Still, after Plancarte’s death, anonymous government officials told the Mexican media that they are within a heartbeat of capturing Gómez, too.

That may be more than spin. The drug lord hasn’t given any interviews in the past few months. And according to Mexican journalist Carlos Loret de Mola, he’s fled the town of Tumbiscatío and is now living in a series of well-hidden caves nearby.