Inside the Fiery Protests That Rocked Mexico City 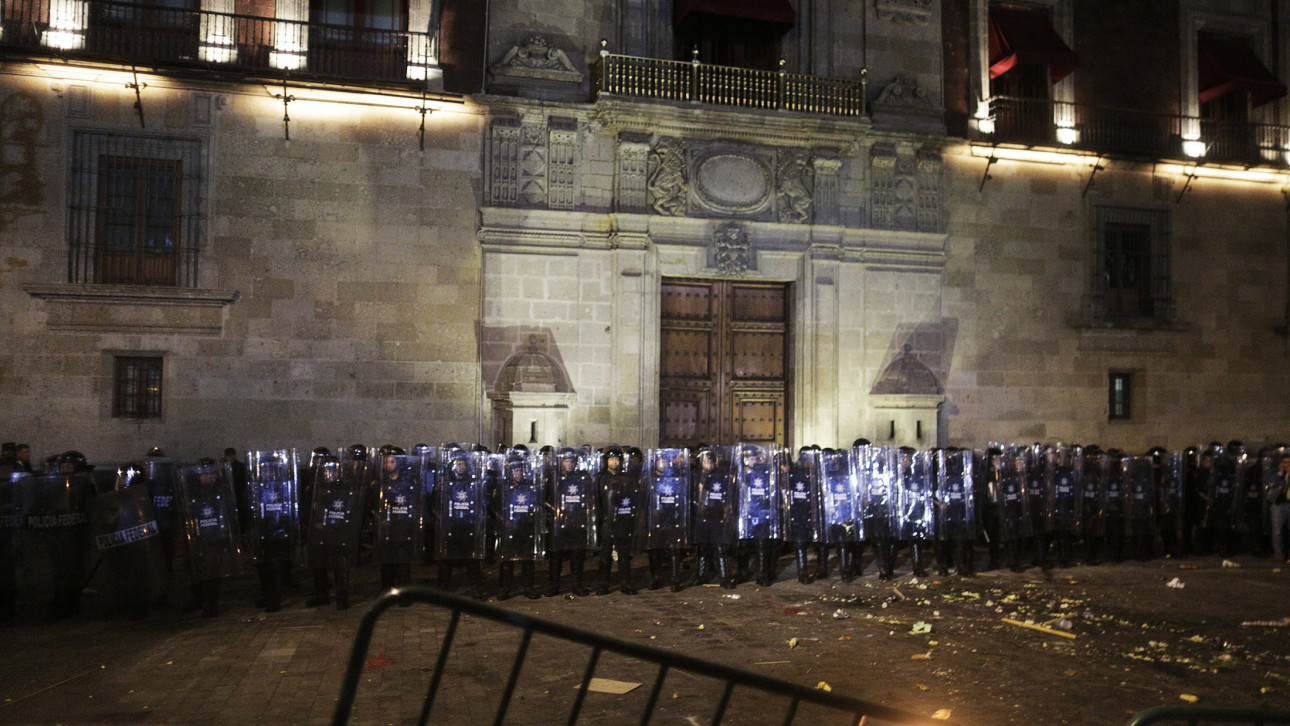 MEXICO CITY—When they set fire to the giant doll, the crowd started cheering. The doll, a “Judas” resembling Mexican President Enrique Peña Nieto, had a red nose and bloody stains on his hands. “Fuera Peña!” they shouted. “Peña, get out!” It was one of many expressions of furious anger aimed at a government that many Mexicans consider responsible for the disappearance and likely mass murder of 43 students in Guerrero state almost two months ago.

Yesterday tens of thousands of Mexicans once again took to the streets of the nation’s capital, in the fourth massive national protest since the students disappeared in September. What started out as an angry call for the federal government to solve the disappearance of the students has transformed into a movement calling for the president’s resignation.

Led by parents of the disappeared youths, students, farmers’ organizations and unions marched toward the Zócalo, Mexico City’s main square. The parents were accompanied by an honor guard of machete-wielding farmers.

The protest march started in three separate locations in Mexico City. At the Plaza of the Three Cultures, the site of a massacre of students in 1968, a plethora of radical student organizations gathered by the thousands.

Protesters were carrying a black-and-white version of Mexico’s flag to symbolize their anger with a government they feel is not doing enough to guarantee its citizens’ safety.