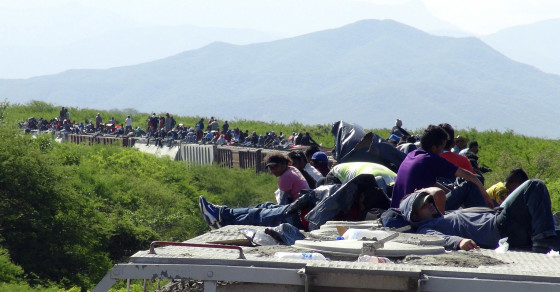 The New American Dream May Be in Mexico 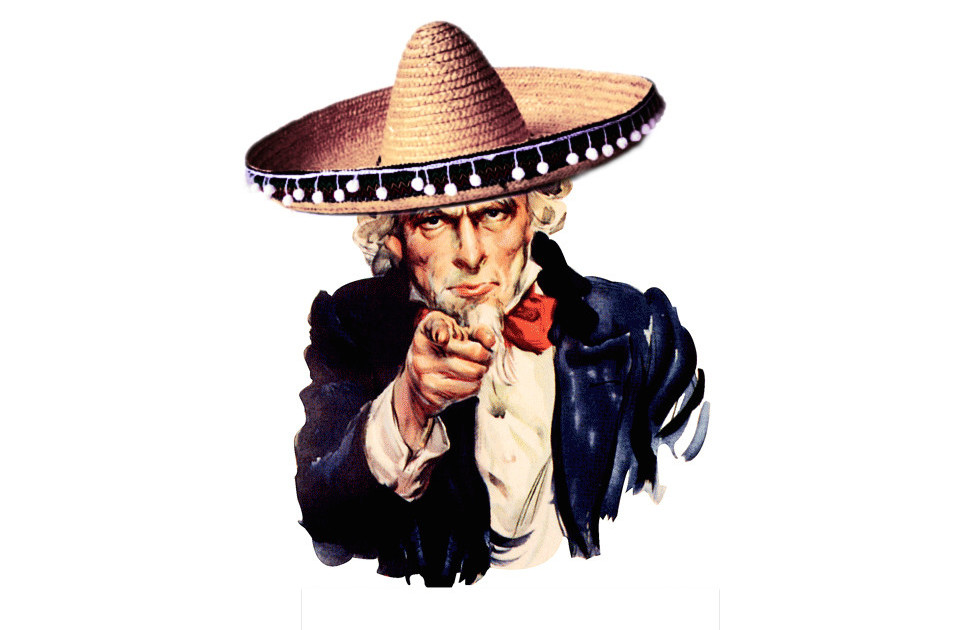 ESTACIÓN CHONTALPA, MEXICO—Whenever a car slows and enters this small, tropical town in the southern state of Tabasco, Wilfredo Garay rushes onto the road to beg for change. Because of his prosthetic left leg, the 47-year-old Honduran finds it hard to move quickly. But Garay knows he needs to hustle. There are dozens of other Central American migrants waiting to converge, and most drivers will stop and toss a peso to only the first person they see.

Nearly all the migrants in the area beg for a living, having traveled north on the “Beast,” a massive freight train carrying goods and stowaways north to Mexico City that stops at a decrepit railway station here. Few, however, seem to complain about their lives. “Life isn’t so bad here,” Garay says. “I don’t think we need to think of going north anymore.”

Central American migrants beg at the entry road of Chontalpa.

In recent months, following an unprecedented surge of child migrants from Central America, U.S. authorities are ramping up security along the southern border. A small but growing number of Central Americans have reacted by giving up on their American Dreams and opting to stay in Mexico. The expensive and perilous journey north just isn’t worth it anymore, many say, especially with the increased risk of deportation. Indeed, most shudder at the thought of returning home to countries plagued by poverty and violence.

“It’s a matter of perspective, costs and benefits,” says Jorge Durand, an anthropologist at the University of Guadalajara. “Mexico is becoming increasingly attractive.”

It certainly was for Garay. I first met him when he visited Mexico City earlier this year. He and a group of Hondurans were trying to lobby President Enrique Peña Nieto to provide them with temporary transit visas as they made their way to the U.S., in hopes of making their trip safer. All members of the group had made that journey. And all, like Garay, had fallen off the Beast and were missing limbs as result. Unfortunately for Garay and company, Peña Nieto wouldn’t speak to them, so they returned home to Honduras empty-handed.

Unfazed, Garay left his country again in May, this time with his new wife, Lilian Garay, and his 2-year-old stepson, Joshua. Once again he crossed the border between Mexico and Guatemala, once again he climbed on the the Beast and headed north.

When Garay and his family reached Chontalpa, they were exhausted and took a break to rest for a while. But before long, they decided to stick around. “We started begging on the street so we could eat, and to my surprise, we could get by relatively well,” he says. “We even made enough money to afford a place to live, and we found a kindergarten that accepted my son.”

Wilfredo Garay and his wife, Lilian, and stepson, Joshua.

Now he and his family rent a small room right across the street from the railway station for 100 pesos per day (about $7.50). “Begging all day obviously isn’t a great way of living, but I can honestly say life is much better for us here than in Honduras,” Garay says. “We have a roof over our head, we can afford food and there is safety here.”

It’s unclear how many Central Americans are now opting to stay in Mexico instead of traveling north. Reliable statistics don’t exist, but experts say there’s a clear trend. “It’s a small group, but it’s growing,” says Durand, the Guadalajara-based anthropologist.

At first glance, replacing the American Dream with the Sueño Mexicano doesn’t seem so appealing. Roughly 40 percent of Mexicans lives in poverty, and drug-related violence continues across many parts of the country. But compared with Central America—Honduras, Guatemala and El Salvador, for instance—Mexico is a land of opportunity and remarkably safe.

Mexican unemployment stands at 5 percent in the formal sector, slightly higher than in Honduras. But the country has a huge underground economy where Central Americans can easily find work as housekeepers or construction workers. Even better, the murder rate in Mexico is far lower than the one in Honduras, which has the world’s highest.

Wilfredo Garay and his stepson, Joshua, in front of Chontalpa's railway station.

“The journey north is becoming more expensive and continues to be dangerous,” says Durand. “At the same time, the quality of life in Mexico is notably higher than in Central America.”

The quality of life in the United States is obviously better than all of the above. But U.S. employment still hasn’t recovered from the 2008 economic crisis, while Mexico’s has been picking up. It’s one of the reasons why Mexican migration to the U.S. has fallen off considerably in recent years. At the same time, drugs, crime and poverty have grown markedly worse in Central America, so many migrants have taken notice of Mexico’s increasing appeal.

“The trip through Mexico is dangerous, but when you choose to stay here, it’s altogether different,” says Lilian, Garay’s wife. “Almost everything is cheaper here than in Honduras, and even as a beggar, you make more money than in Honduras. Not to mention the fact that Mexico is so much safer.”

Another important reason to stay in Mexico: Its relatively lenient immigration laws and weak enforcement. In the wake of the recent surge of child migrants, the Mexican government decided to increase security at the southern border. But unlike in the U.S., it’s still not considered a crime to cross into Mexico (authorities call it an “administrative irregularity”). And even though Mexico actually deports more Central Americans than the U.S. does, enforcement is scant beyond the southern border. Once an undocumented migrant makes it to the country’s heartland, there’s little danger of being sent back home.

“I haven’t seen a single immigration official since I’ve arrived here,” says Garay. “We don’t feel like we’re on the run.”

Though he once dreamt of making it to the U.S., he now wants to move to Mexico City and find a job. “I don’t want to beg forever,” he says. “The most important thing for me is that Joshua has a future. [Mexico] is not as good as the United States, of course, but it’s so much better than in Honduras.”