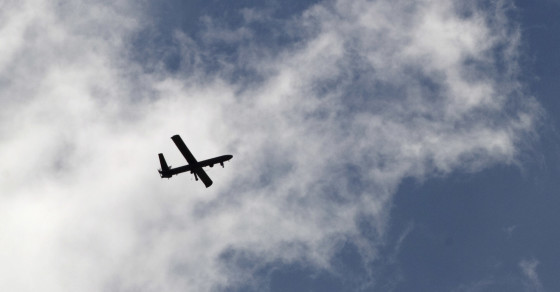 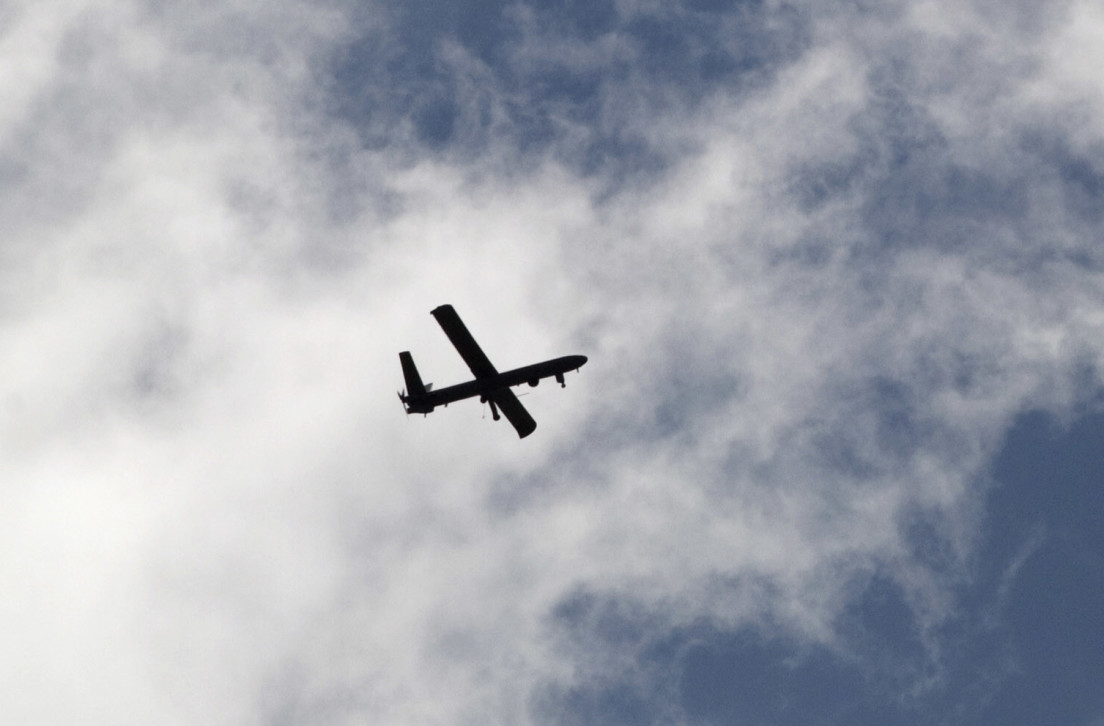 As far as historians are concerned, Mexico has invaded the United States on only one occasion. In March 1916, Mexican revolutionary leader Pancho Villa crossed the border into New Mexico. Desperate for supplies, Villa’s troops snuck into a town called Columbus where U.S. soldiers lay waiting. A battle quickly ensued and nearly 100 people died.

Several years ago, Mexico once again entered U.S. territory. Strong winds caused a drone—deployed by the Mexico’s federal police to monitor crime along the U.S. border—to crash near El Paso. Only this time, the consequences were less dire. “They knew it was an accident,” says a Mexican intelligence official who asked to remain anonymous because he wasn’t authorized to speak to the press. “[They] even helped us get the wreckage.”

For at least five years now, American drones have been flying over the Mexican border, searching for drug smugglers and monitoring migrants trying to illegally enter the U.S. On occasion, these drones have helped capture high-profile drug kingpins such as Joaquin “El Chapo” Guzman, once the world’s most-wanted man.

Joaquin "Shorty" Guzman, following his arrest, is escorted by soldiers at the Navy's airstrip in Mexico City in February.

Mexicans don’t tend to like the U.S. meddling in its affairs, especially military ones. Which is why American drones aren’t the only ones crossing the border. In the near future, analysts say, Mexico may no longer have to rely on unmanned aircraft built and controlled by their northern neighbors.

Since 2008, the country has been employing it’s own fleet of drones, a small but growing force that has been an integral part of the country’s war against its notorious drug cartels. Though Mexican media reports have estimated that the country has spent $75 million on nine drones, which are used by at least four different government agencies, the number of drones deployed by the Mexican government is actually much higher.

According to a former high-ranking intelligence official, who asked to remain anonymous because of the sensitivity of the subject, various federal agencies deploy more than 30 drones along the border. The largest are Israeli-built Hermes type 400 and 450 drones, which are 27 feet long and 50 feet wide and can carry a payload of up to 770 pounds. Others are far smaller, including a drone of undisclosed type and origin that’s 4.5 by 9.5 feet.

These unmanned aircraft are deployed by the federal police, the army, the navy and Mexico’s federal intelligence agency, known as Cisen. They are equipped with devices to intercept telephone calls or cameras that transmit images in real time. The larger drones are guided by satellites and can fly up to 20 hours autonomously, but still need ground control teams for more elaborate movements.

The Orbiter Mini UAV, same model as the one which crash in El paso Texas.

These drones are used almost exclusively to fight crime, but unlike the United States’ deadly Predator drones, none of the Mexican aircraft is armed.

Not all operations end well, though. According to the former Mexican intelligence official, his country has lost at least three unmanned aircraft in recent years. Along with the El Paso drone, two others crashed — one in Acapulco and one in Culiacán — after they lost communication with their ground-control crew.

Mexican officials say their use of drones has been highly effective. Aside from Chapo, drones have been instrumental in the arrest of Miguel Ángel Treviño Morales, the leader of the Los Zetas drug cartel, as well as the death of Arturo Beltrán Leyva, another cartel kingpin, among others. They have also been helpful in locating kidnapping gangs, fuel thieves and mapping the movements of drug traffickers near the U.S.-Mexican border.

Yet that hasn’t soothed everyone’s concerns about robots flying through Mexican airspace. Despite their fleet of native drones, Mexico still tends to need a lot of help from their gringo neighbors to the north. And that’s a controversial issue.

Ever since the U.S. took control of the American Southwest at the end of the Mexican-American War in 1848, Mexicans have overwhelmingly opposed any U.S. military interference on Mexican soil, even if it’s on friendly terms.

Pilot Cassandra Hunt stands in front of the MQ-9 Predator B in its hanger at Fort Huachuca, Arizona. The drone is used to detect undocumented immigrants entering the United States along the border with Mexico.

It’s not just a matter of sentiment,though. It’s illegal in Mexico for foreign agents to carry weapons or to be directly in charge of criminal investigations or wiretaps. If a foreign country wants to have any sort of military operations in Mexican airspace, the country’s constitution requires that the president get approval from the Mexican Senate.

Mexican and U.S. officials are adamant that the use of drones—and live American contract pilots—in Mexican airspace is legal, and the U.S. cannot undertake drone activity without the consent of the Mexican government. “As long as the drones aren’t armed, are only involved in surveillance and permission has been asked, there are no legal issues with U.S. drones flying over Mexico,” the former intelligence official says. “As far as I’m aware, that has always been the case.”

In the future, however, Mexicans will likely control a growing number of those drones—and perhaps make them, too. In recent years, the Mexican government has been working with Guadalajara-based Hydra Technologies to manufacture drones designed in Mexico that could eventually compete with U.S. and Israeli models.