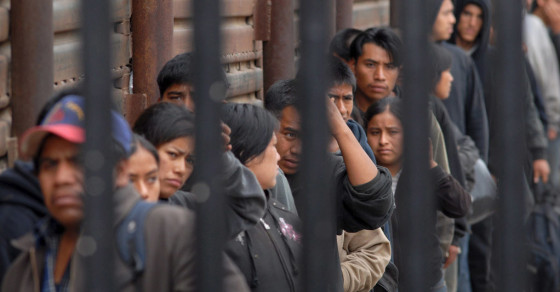 What’s Sparking All Those Waves of Migrants? Rumors
By Jan-Albert Hootsen

What’s Sparking All Those Waves of Migrants? Rumors 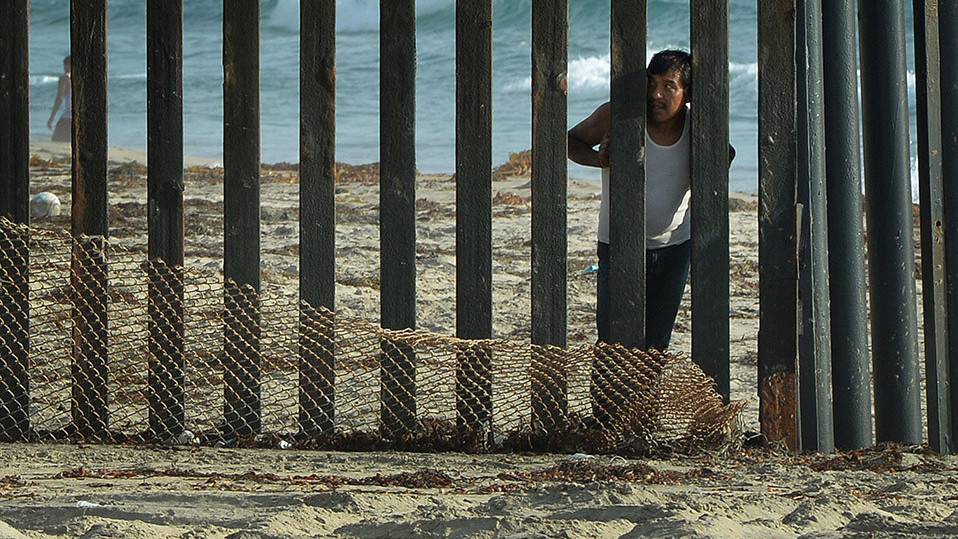 MEXICO CITY—Earlier this year, as I visited Mexico’s southern border state of Chiapas, I met a group of Central Americans sitting at the banks of the Suchiate river, which separates Mexico from Guatemala. Lingering in the shadow of a tree to stay out of the punishing tropical heat, they were waiting for the sun to set, so they could pay a raftsman $1.50 to cross the river on a makeshift raft and begin their long and dangerous journey through Mexico to the U.S. border.

“I wish I had a child with me,” joked Raúl Edgardo García, a 28-year old Honduran fleeing crime and poverty in his country. “They say that they’ll give you a Green Card if you’re with a kid.” Ernesto, a former police officer who said he was forced to leave El Salvador after gang members threatened his family, scoffed. “No way, friend, that’s just a rumor,” he said. “You need to go for refugee status. They’ll take you in if you can prove to be persecuted.”

A father and daughter along with a group of immigrants walk along the border near Arizona.

A lively discussion unfolded, in which different migrants all said they were certain that they could get legal status in the U.S. None of them appeared to have any knowledge of U.S. immigration laws beyond hearsay.

The scene is what opponents of Barack Obama’s sweeping immigration plan fear. Beyond the politics of the president bypassing Congress by using executive action, many conservatives fear that allowing five million undocumented immigrants to stay in the U.S. will work as a magnet for new waves of Mexicans and Central Americans. “This is going to open the door. Everybody in Mexico, Central America, thinks they will have a free pass when they come into our country because of what the president is issuing,” Sheriff Joe Arpaio of Maricopa County in Arizona, a notorious hunter of illegal aliens, said in a reaction to Obama’s plan.

Migrants traveling to the United States can generally be divided into two groups. There are those who use human traffickers, colloquially known as “coyotes,” paying thousands of dollars to be guided from their homes in Central (and sometimes South) America through Mexico to the U.S. border. The second group consists mostly of people who lack the resources to pay for a coyote. They take the far more dangerous route of riding “The Beast,” a rusty freight train prone to accidents and a constant target of corrupt Mexican officials and organized crime.

Some observers have blamed the coyotes for causing unprecedented numbers of underage Central Americans to travel through Mexico to the United States, overwhelming the U.S. Border Patrol. They accuse the coyotes of spreading false rumors about the odds of successfully reaching the U.S. in order to increase their business.

Undocumented immigrants walk through the Sonoran Desert after illegally crossing the U.S.-Mexico border. The immigrants said they had wandered the desert lost for a week after crossing from Mexico.

But according to some people who work with migrants, those accusations are exaggerated. “It doesn’t make much sense for a coyote to try and spread false rumors about going to the United States,”  says Martha Sánchez of the Mesoamerican Migrant Movement, a migrant advocacy group. “Their business is repeat customers. If a migrant successfully makes it to the U.S., he will recommend his coyote to his family. Likewise, if a coyote tries to lure in a migrant with false information about immigration laws, he’ll quickly gain a bad reputation.”

It’s the second group of migrants, those who attempt the journey on their own, who are more likely to react to erroneous perceptions of events in the United States. The surge in child migrants earlier this year, for example, was largely attributed to the misinterpretation of an anti-child trafficking law enacted in the final days of the Bush administration. It led to the false belief among Central Americans that the U.S. was granting amnesty to any child migrant entering the U.S.

A group of undocumented immigrants wait for transportation in a hideout location near Arivaca, Arizona.

“This year’s wave was set off by rumors that any woman crossing the U.S. border with an underage child would have automatically gotten a permit to stay indefinitely,” says Irmi Pundt, who coordinates a migrant shelter in Tapachula, a city near the border between Mexico and Guatemala. “Many here at the shelter had only a vague notion of what U.S. Immigration policy is about. There was a lot of confusion.”

But Pundt adds that last week’s speech by president Obama so far hasn’t generated much of a buzz among migrants staying in her shelter, and that the number of Central Americans crossing their border at Tapachula hasn’t increased over the weekend. “The numbers are fairly low right now, we haven’t seen any change at all so far,” she adds.

Sánchez, of the Mesoamerican Migrant Movement, doesn’t think that human traffickers will significantly change their modus operandi because of Obama’s speech. “Migrants who plan to use a coyote generally ask information first to family members and friends already in the United States,” she says. “They won’t be scammed by coyotes, because they’ll know what’s going on.”