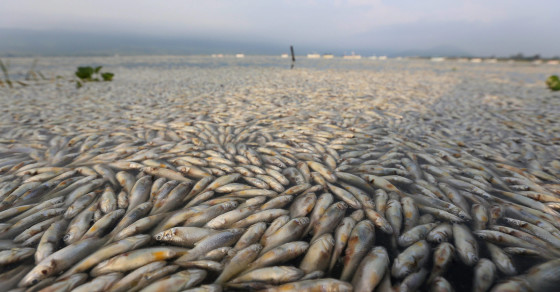 Millions of Dead Fish Mysteriously Surface in Lake in Mexico 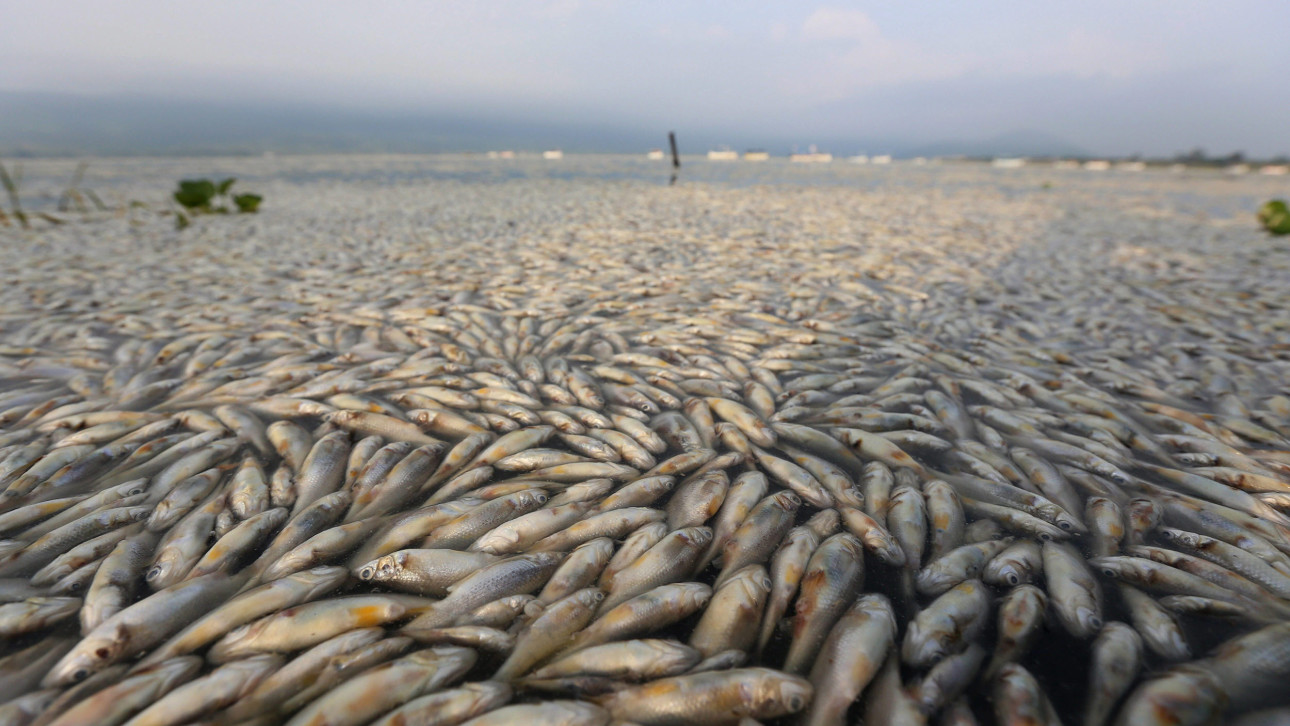 For days, the smell of rotting scales lingered in the air as locals joined government workers to scoop up more than 156 tons of freshwater popoche chub, a sardine-sized species native to the western state of Jalisco.

It’s still unclear what killed the fish, but the incident was the worst in a spate of environmental disasters in Mexico this year. Early last month, a river in the northern state of Sonora took on a sickly brown-red color after workers from a nearby mine dumped thousands of gallons of sulfuric acid into the water. In Veracruz state, near the Gulf of Mexico, a gasoline spill contaminated almost 5 miles of a small river near the town of Tierra Blanca. And last Thursday, the Pacific coast of Sinaloa state also saw a sudden and seemingly inexplicable mountain of dead fish rise to the surface.

Mexico, like many developing nations, has a poor environmental record, but it was still unusual for the country to experience such a quick succession of environmental disasters. What ties them together, critics say, are lax environmental standards, a complete lack of industry oversight and an inability to penalize people and companies that pollute.

“These cases are just the tip of the iceberg of the opacity in which industries in Mexico operate,” environmental watchdog Greenpeace said last week in a statement. “The laxity of the laws permit them to contaminate in exchange for derisory fines posing as ‘reparation of damages,’ without taking into account any external factors.”

The case of Lake Cajititlán is a classic example of how disasters often unfold in Mexico. Environmental experts are still trying to figure out what killed the fish, but that hasn’t prevented the authorities from bickering over who or what was to blame.

The incident was the worst in a spate of environmental disasters in Mexico this year.

Just two weeks before the incident, the local government took the unusual step of deploying police officers to guard the lake. Mayor Ismael del Toro claimed that groups linked to the Institutional Revolutionary Party, which governs at the state and federal level, may have been deliberately contaminating the water to discredit his environmental record. Yet he was quick to downplay suspicions of foul play last week, affirming that “it’s not fair to politicize such a sensitive issue.”

The mayor suggested that the mass deaths were merely the result of natural biological cycles, but state officials dismissed this theory out of hand, blaming the disaster squarely on his government’s failure to properly treat the sewage that enters the lake from surrounding towns and industrial plants.

Although unproven, such accusations gained credence late last week when the Del Toro administration admitted it had discovered a fault in part of a waste water treatment plant where animal remains, solvents, combustibles and industrial chemicals are processed before entering the lake.

Locals joined government workers to scoop up more than 156 tons of freshwater popoche chub, a sardine-sized species native to the western state of Jalisco.

As the political infighting continues, residents of the six lakeside fishing villages who have been hit hardest by the disaster are unsure just what to believe. As the owner of a local seafood restaurant, who asked to remain anonymous, puts it: “The politicians talk bad about the lake, but we’re the ones who suffer.”