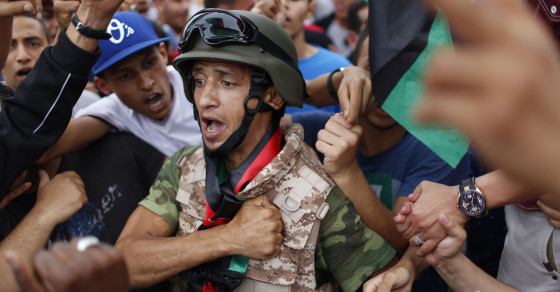 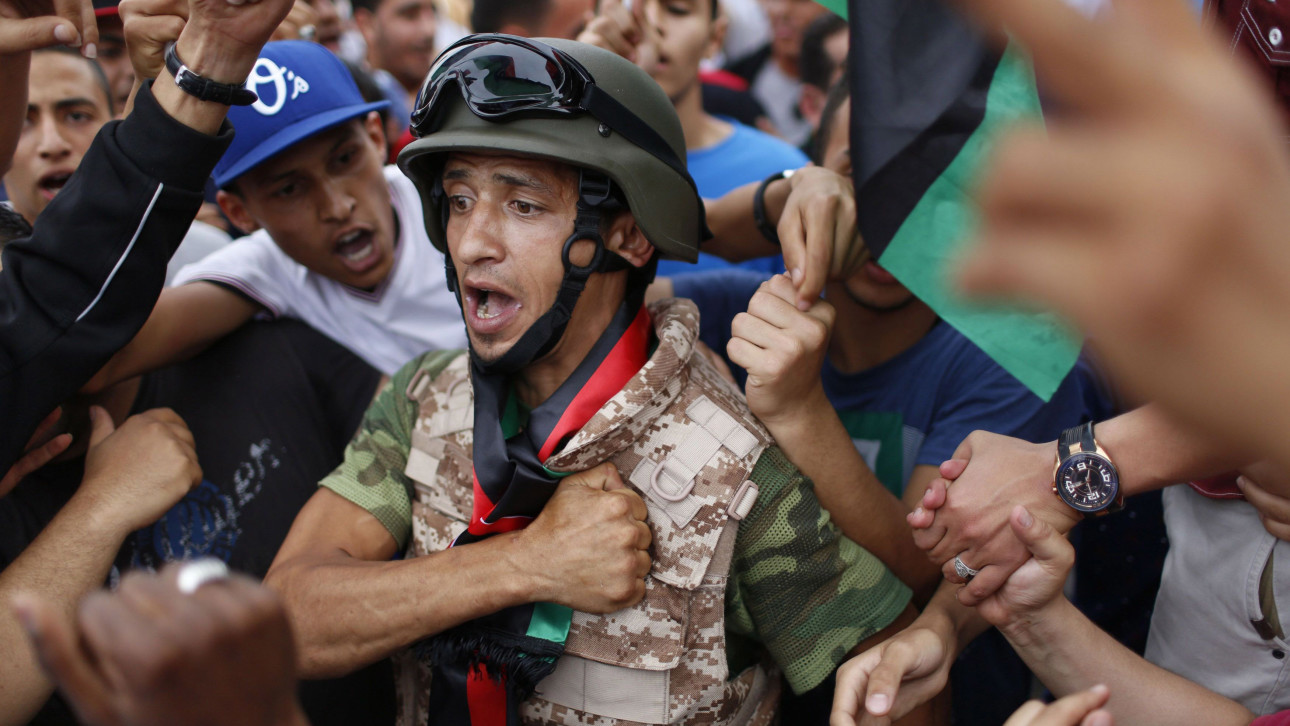 Almost three years after the overthrow and death of former Libyan leader Moammar Gadhafi and two since the attack on the American consulate in Benghazi, the nation still has no effective federal government or authority. Militia groups continue to battle for control of the country—each with its own vision of Libya’s future, none with uncontested power. Vocativ traveled to Tripoli in June to document the situation on the ground.

“There are many militias and they control many parts of Libya,” a member of the anti-Islamist Zintan militia tells Vocativ. “There’s a clear split between those who want Islamic law and those who do not.”

The promotion or rejection of Sharia seems to be the main differentiator between the brigades. Islamist and anti-Islamist militias squared off in Tripoli’s Martyrs’ Square during Vocativ’s trip. “Ansar al-Sharia, go away and leave us alone!” read one sign against the Islamist militant group. “No to media,” read another.

The protest remained nonviolent until an anti-Islamist demonstrator spotted Vocativ’s cameras. In the scuffle that followed, anti-Islamists detained our crew at gunpoint and stole their footage.

A rebel from Misrata carries a rocket-propelled grenade (RPG) as he walks at Bir Doufan checkpoint.

After their release, Vocativ’s team went to the headquarters of Misrata, one of the deadliest Islamist militias, to speak to its commander, Abubaker Alhuta. “The situation is harsh and complicated,” Alhuta says. “The media blames the militias for all these clashes.”

Asked about Ansar al-Sharia’s involvement in the 2012 Benghazi attacks, Alhuta points to the media once again. “The media lies about Ansar Sharia,” he says. “We fought alongside them in the revolution. They have the same beliefs as us. The media wants to give Ansar Sharia a bad image.”

A damaged aircraft is pictured after a shelling at Tripoli International Airport.

A group associated with Misrata clashed with the Zintan brigade earlier this week at Tripoli International Airport, leaving 47 dead and 21 aircraft destroyed.

With no resolution in sight, even non-militarized Libyans fear for their lives. University student Ahmed Klisel tells Vocativ, “I myself have been in situations where I’ve been fired at, and I’m just a normal civilian. I have no loyalties to any militias or any groups or anything.” Klisel has taken to carrying his own AK-47 assault rifle with him. “You can never guarantee what could happen tomorrow. There could be another tyranny,” he says. “There could be a war, an invasion…so you always have to protect yourself.”