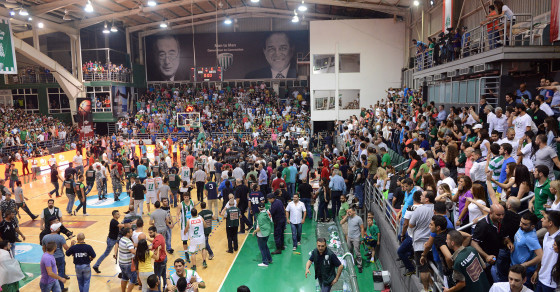 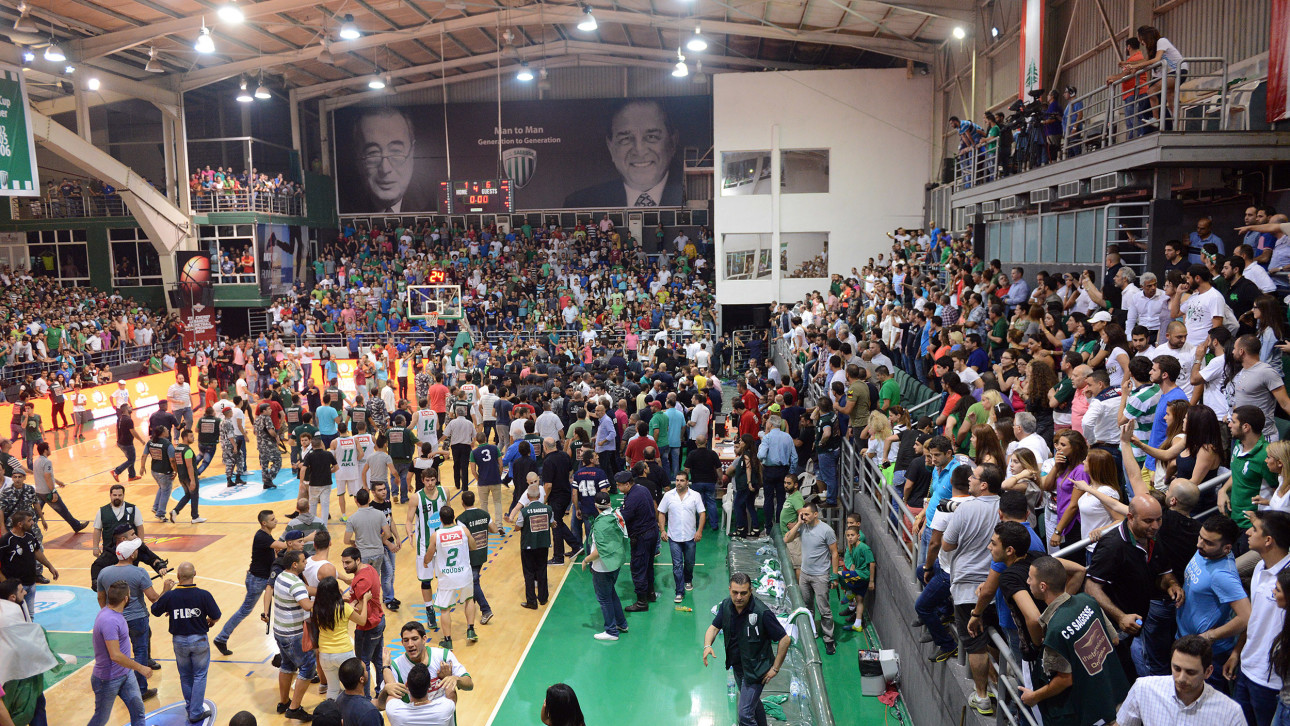 It was a proposal one couple will surely never forget—perhaps because of what followed. With cameras rolling and the 1980s hit “The Final Countdown” playing over the sound system in a small Beirut arena, a man asked his girlfriend to marry him during a game earlier this week in the Lebanese Basketball League finals. She said yes, but as the game ensued, players, fans and coaches unleashed a torrent of violence that’s normally reserved for the Ultimate Fighting Championship—or a Moscow-style street fight.

Call it Beirut’s Ron Artest moment. The championship game was close on Tuesday when the brawl broke out following some trash talking between players at the end of the third quarter. Soon the benches cleared, as did the stands, and players, fans and coaches stormed the court. Even the police got in on the action, after they rushed to stop the melee. In one video clip that has since gone viral here, the players are seen throwing elbows and haymakers, and even foot-stomping a few fans who came down on the court.

It’s unclear how many people were injured and to what extent. But the fight was so brutal that the country’s sports ministry canceled the game—and possibly the rest of the series—between the two teams, Al-Riyadi and Sagesse, which are based in Beirut. “Security is above sports,” Minister Abdul-Mutalleb al-Hinawi told the Daily Star newspaper.

Like all organized athletics here in the Lebanese capital, both Al-Riyadi and Sagesse are owned and supported by Christian and Muslim political parties, respectively. All of the major Lebanese political players, including Hezbollah, the Lebanese Shiite militant group, back at least one sports club. Even competitive ping-pong is politically charged.

As Danyel Reiche, a professor at American University in Beirut, once wrote in a detailed report on politics and sports in this divided country of 4 million: “Sport in Lebanon can be described using a quotation from George Orwell: It is ‘war minus the shooting.’”

The sectarianism and political meddling got so bad last year that the International Basketball Federation banned Lebanon from its tournaments until club owners could get their act together and stopped using teams as political platforms. The ban expired last month, though nothing has changed in the sport.

Basketball is Lebanon’s most popular spectator sport, maybe because it’s the only one fans can actually watch in person. For years, fans have been banned from attending soccer matches following stabbings, shootings and beatdowns during games between rivals. Today diehards mostly tune in on television to watch their favorite teams play in cavernous, empty stadiums built to accommodate tens of thousands of people.

Elie Rustom, a player in the Sagesse team, got injured and received help from the Red Cross.

Despite the dangerous politics, basketball is big business here. The league attracts a number of international journeymen and washed-up former NBA players with tax-free salaries and a decent enough standard of living. I met a former college basketball star last year from Texas Tech, Andre Emmett, who was playing for upwards of $300,000 per season, like a dozen or so other Americans. “It’s heavy here,” he said of the political climate. “I just gotta try to block it all out and focus on playing basketball.”

As last night’s brawl proved, however, basketball and Beirut might never make a happy marriage.