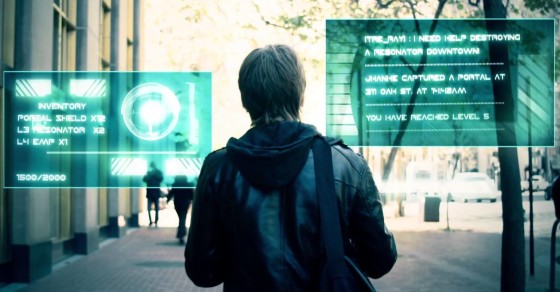 Why Japan’s Local Government Is Playing This Google Game

The Ingress Intel Map for Iwate, Japan, and the surrounding area.

For years, Cafe Grumpy was just another indie coffee shop in Brooklyn that sold expensive java to hipsters. Then the HBO TV show Girls featured it in several episodes—and it became internationally known. You can bet some Girls superfans even made the trip there, just for the novelty of having a cup of coffee from the “Girls café.”

Now that’s happening with video games—specifically, Ingress, a game Google created two years ago. It’s a massive multiplayer game that has some 500,000 daily players. Their mission is to take over the virtual world by physically showing up and checking in with their phone’s GPS.

The game is actually pretty cool. Think of it like Risk: Players are divided into one of two teams, the “Resistance” and “Enlightened.” All around the world, people set up “portals,” which can be buildings, landmarks or art. Players then physically travel to the location and, sort of like Foursquare, they check in. The team with the most check-ins “conquers” the space.

Some officials in Iwate, Japan, even had the smart idea of setting up portals as a means to encourage local tourism. “By using Ingress, we expect to publicize Iwate’s notable sightseeing spots and reconstruction sites (after the March 11, 2011, Great East Japan Earthquake and tsunami) that we want people to see,” prefectural government spokesman Kazuei Tamotsu told The Japan Times this week. “I think this is the very first attempt by a municipality in Japan to use Ingress for a sightseeing campaign, and that catches people’s attention.”

It’s interesting to see how a virtual reality game is encouraging people to get off their couch and actually go travel places. One guy even writes a blog about it—and gives advice about “playing Ingress on vacation, or while taking a business trip.” But Ingress has an incredibly devoted (some would say cultish) player base. The game is played in 200 countries, and over 3,000,000 portals have been created. Google says the game, at its core, is about “urban exploration/discovery.” Still, people are obsessed.

“More than a dozen [players] have gone so far as to tattoo the Ingress logos on their bodies,” John Hanke, the game’s creator, noted recently. In February, some of the top “agents” were flown to California “for Top Secret Ingress briefings.”

At press time, we were unable to ascertain what was involved in those top-secret meetings.