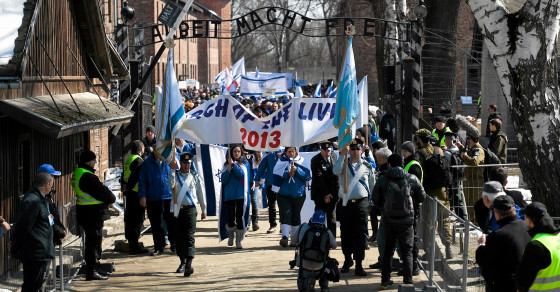 Israeli Teens Need to Stop With The Auschwitz Selfies 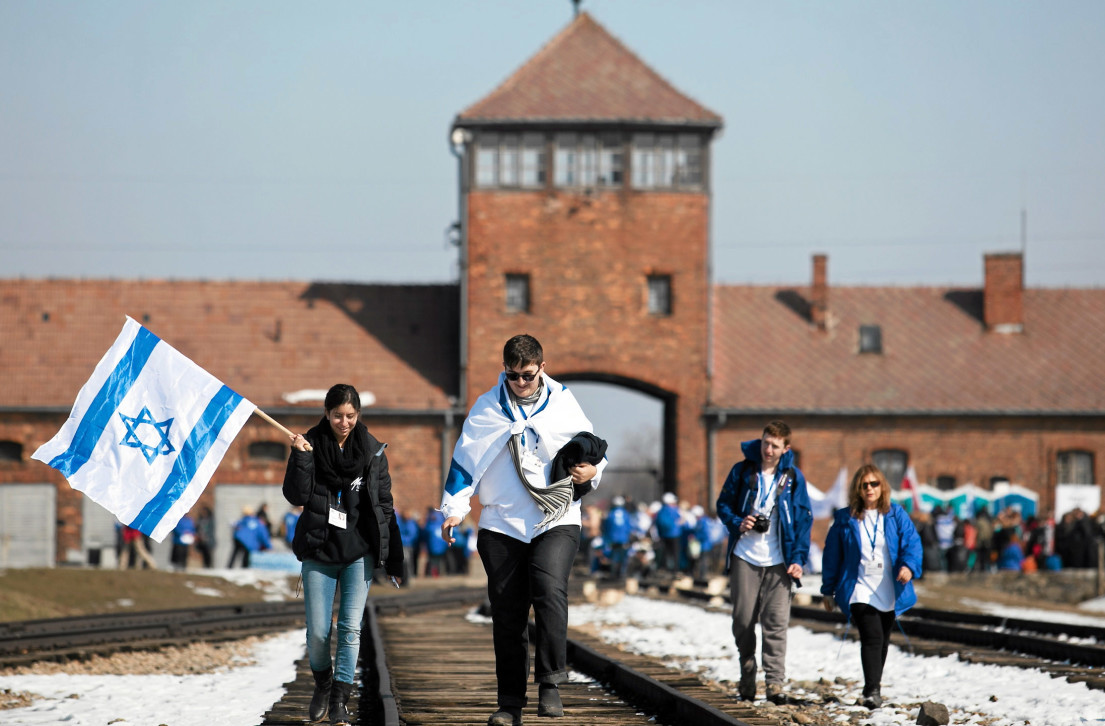 First there was the Tumblr “Selfies at Serious Places,” which poked fun at the funeral selfie, the Chernobyl selfie and *gasp* the Auschwitz selfie. Now Israel is trying to figure out whether the last on that list is a real national problem. Israeli opinion has been split in recent days by pictures of Israeli teenagers posing for funny selfies at the Auschwitz concentration camp, where high school delegations visit each year to commemorate the Holocaust.

Pictures of high school sweethearts kissing in front of the gates of Birkenau or girls pursing their lips against the backdrop of a human ash mound have caused people to wonder if there is something wrong with Israeli youth or the cultural and historical education they receive—or perhaps with both.

The pictures became the center of attention in Israel, even generating discussion in parliament, because of a Facebook page sarcastically called “With My Pretty Girls in Auschwitz.” The owner of the page gathered pictures and posts from Facebook and Instagram accounts showing teens at the Nazi concentration camps in inappropriate poses, often with offensive captions or status updates accompanying them. The page garnered more than 12,000 likes in two days before being taken down late on Wednesday, quite possibly having been reported as offensive.

This selfie was featured on the "With My Pretty Girls in Auschwitz" Facebook page.

The pictures posted on the page were widely circulated in Israeli media, even after the page was deleted. Among them are a group of boys posing under the infamous slogan on the entrance to Auschwitz with the status “Arbeit Macht Freiiiiiiiiiiiiiiiiiii,” a teenager biting a block of ice in Majdanek concentration camp and another female teen posing happily on a monument in Treblinka death camp.

Around 100,000 Israeli high school students travel each year to Poland, on a tour subsidized by various organizations, to visit locations where millions of Jews were murdered by the Nazi regime. Auschwitz has a particular significance in Israeli public life that stretches beyond its history, with army delegations holding ceremonies there, the annual “March of the Living” and various other events (like the Israeli air force flying over it with F-15 fighter jets). The gravity of what happened there doesn’t seem to stop teens treating it like an amusement park, although a more recent glance at the Instagram hashtags for Auschwitz in both English and Hebrew shows that the vast majority of posts from there (even the selfies) are relatively respectful.

In a concentration camp cattle-cart, striking a pose. That's how they roll. But the yellow stars have drawn criticism of the Facebook page owner, who used them, instead of blurring, to obsure the faces.

Critics say the trips are politically motivated, instilling notions of paranoia and nationalism in the young minds, which later serve as a justification for the occupation of Palestinian territories and other military actions (Israel has compulsory military service starting at 18). Supporters of the trips to Auschwitz say the importance of visiting the place where a million Jews were exterminated cannot be overestimated.

Waving the Israeli flag in front of the monument is a pretty common pose.

The page’s mysterious admin wrote that during a visit to Auschwitz with some foreign friends three years ago, she was “shocked by the behavior of the Israeli groups, wrapping themselves in Israeli flags and picturing themselves in embarrassing poses.” “It’s hard to blame these young teenagers when the prime minister is using the Holocaust in every speech as a kind of currency,” she wrote. Scrolling through the Instagram hashtags for Auschwitz in both English and Hebrew, teens at the gates of concentration camps, festooned in blue-and-white “Israel” hoodies, waving national flags, are a common sight

The timing of the new page was not coincidental. Two months ago, the Israeli Ministry of Education approved a new Holocaust education program that will introduce the sensitive subject as early as kindergarten. The plan has received a lot of criticism from parents, who see it as traumatizing for the children and part of a “brainwashing” by the current government. In one of the posts on the page, a picture of Israel’s education minister reading a book to the children is seen, and the caption reads: “Along came big, bad Hitler…”

The page administrator apologized for those hurt by the post, but said it was important to show the problems with Holocaust education in Israel. “Who thought a little joke between friends would turn viral and become such a sensation?” she wrote.