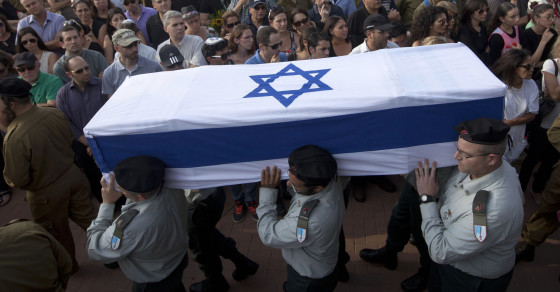 The Grim Spectacle of Swapping Corpses for Convicts
By Inna Lazareva

The Grim Spectacle of Swapping Corpses for Convicts 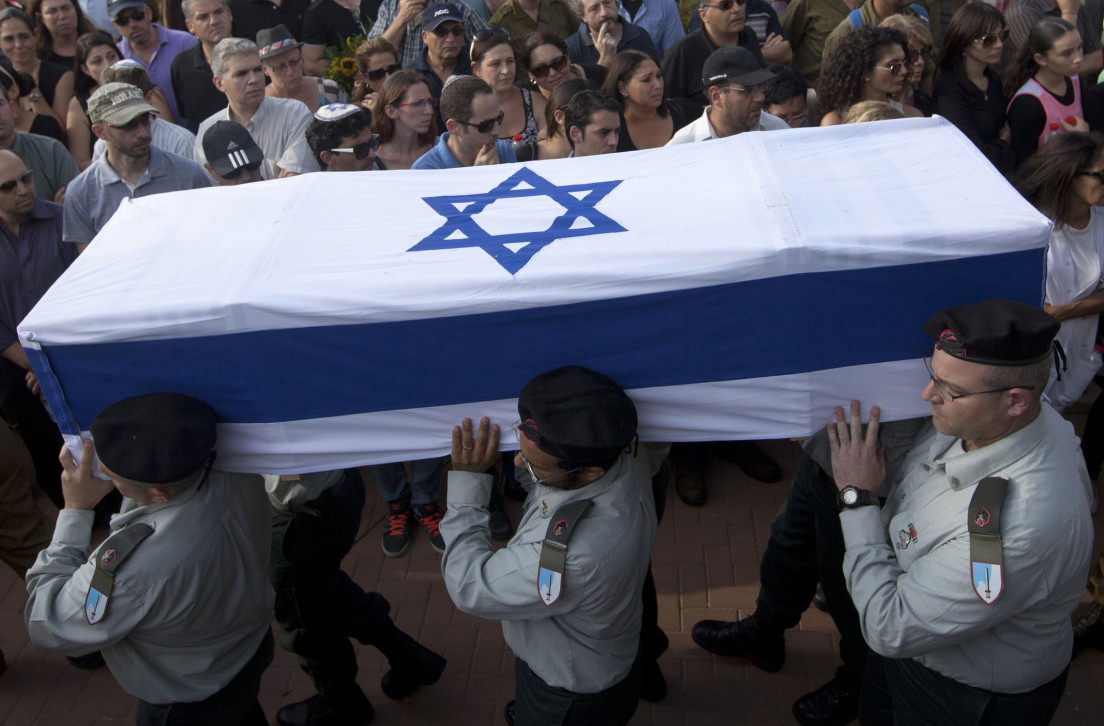 Official negotiations between Israel and Palestine have broken down, along with one of the lesser-known aspects of the usual bargaining process. During every conflict, there are macabre discussions between Israel and Hamas over the return of body parts. In this case, the negotiations concern the body parts of two dead Israelis. Soldiers Oron Shaul, 20, and Hadar Goldin, 23, were both killed in Gaza, but their bodies mysteriously disappeared from the scene, and Israel wants them back.

In the case of Shaul, the number of his military dog tag was triumphantly read out on Palestinian TV in Gaza. “Qassam Brigades captured a Zionist soldier,” announced Abu Ubaida, the masked spokesman of the Izz el-Din al-Qassam Brigades, the armed wing of Hamas. The group had initially also admitted to the attack that killed Goldin, aged 23, but later retracted that claim.

Israel had been negotiating indirectly with Hamas and other Palestinian factions in Cairo to bring the remains of the bodies back. Such negotiations have become a prevalent, albeit gruesome, ritual in the ongoing Middle Eastern conflict.

There is a longer tradition, of course, of live prisoner exchanges. The first took place in 1979, when 76 Palestine Liberation Organization (PLO) members were freed in exchange for one Israeli prisoner. The practice peaked in 1985, when Jerusalem exchanged 1,150 Palestinian prisoners in return for three Israeli prisoners.

Releasing live prisoners in exchange for bodies of dead Israelis began in the late 1990s. In 1997, Israeli Sergeant Itamar Ilya was blown apart by the explosives he was carrying when he stepped on a roadside bomb whilst deployed on an operation in southern Lebanon. The soldier’s “head and other body parts were later recovered” by Hezbollah fighters, British daily The Independent noted at the time. The soldier’s remains were later exchanged for 60 live Lebanese prisoners, as well as the remains of 40 dead Lebanese soldiers.

The most recent live prisoner exchange—involving Israeli soldier Gilad Shalit in 2011—stoked great controversy in Israel and abroad after Shalit was exchanged for over 1,000 Palestinian prisoners.

The return of dead bodies to the relevant parties at the end of the conflict is an obligation under international customary law, the Geneva Convention and other treaties. Israel’s willingness to release vast numbers of prisoners for several bodies of Israelis also has to do with a tradition expressed by the prolific medieval Jewish philosopher Maimonides. As described by Israeli journalist Ronen Bergman in The New York Times, “There is no greater religious duty than the redemption of prisoners—a powerful idea in a country whose citizens are required to be soldiers.”

Bergman argues that the consequences of this have a serious bearing on Israeli policies: “Israeli society’s inability to tolerate even a single soldier held in captivity results in popular movements that have tremendous impact on strategic decisions made by the government. The issue has become a generator of history rather than an outcome of it.”

Another reason why Israel sees it so necessary to obtain the bodies of the dead has to do with the Jewish faith and the necessity of a proper burial as soon as possible after death. The same is true of Islam.

While the U.S. and the British military forces make every effort to recover dead bodies of their soldiers abroad, no similar instances of such negotiations are known to have taken place in recent decades.

In order to find missing Israeli soldiers, whether they are alive or dead, a special unit operates within the Israeli Defense Forces. “To search for a missing person in enemy’s territory is like… search[ing] for a needle in a haystack,” says one member of the Eitan unit, noting that some of the unit’s responsibilities include trying to find possible burial locations using thermal cameras mounted upon unmanned aerial vehicles (UAVs) and other technologies. Additionally, a volunteer civilian group called ZAKA fulfills the most gruesome of missions, recovering body parts of soldiers and civilians who may have been blown apart during an attack.

The unit operates according to several possible missing person scenarios: hikers lost in the desert, a pilot ejecting himself from a plane, a kidnapping or casualties in the battlefield. The unit’s operatives are also trained to spot possible burial points of missing people’s bodies—a practice that involves becoming intimately acquainted with the sight of graves.

“When you bury someone, a mound is created,” notes Maj. (res.) Yoav from the IDF unit. “Later, that mound turns into a very particular shape, which can be spotted. In addition, we learned that when someone digs a grave, the soil is turned over and seeds are mixed in. The mound holds a greater amount of moisture. The moisture and the mixed seeds result in a unique effect that features vegetation different from the surrounding natural habitat. These findings helped us locate Dana Bennett [an Israeli teenager murdered in 2003].”