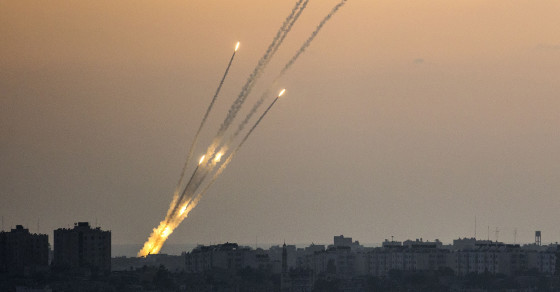 ISIS: We Are Operating in Gaza
By Rachael Levy

ISIS: We Are Operating in Gaza 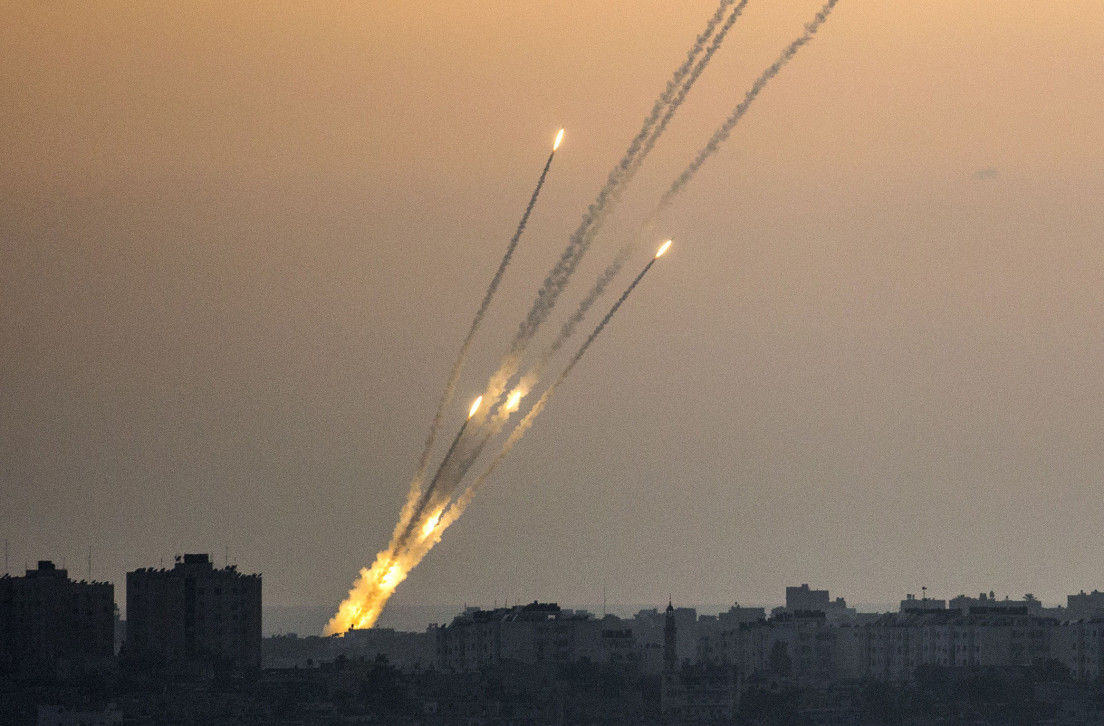 Two-plus weeks into Gaza’s current battle with Israel, ceasefire negotiations are stalled, Israeli forces are mobilizing for a potential ground invasion from the north and east, and the Egyptian government to the south is indifferent. Gazans are finding themselves increasingly isolated.

But not, it seems, alone.

Vocativ analysis of deep web chatter in ISIS forums suggests that the extremist Sunni organization, which has taken over roughly half of Iraq and threatens Assad in Syria, has ties with militant groups operating in Gaza.

While Hamas has dominated Gaza since 2005, dozens of rival Islamist factions operate in the strip. Over the past few weeks, two Salafist groups have pledged allegiance to ISIS and claimed responsibility for rocket fire into Israel. As Vocativ reported at the end of June, the group formerly known as Ansar Beit Al-Maqdis changed its name to Al Dalwa Al-Islamia—which translates to “The Islamic State.” A few days ago, on July 10, the group claimed to have fired a battery of rockets at the Israeli town of Bnei Netzarim in a YouTube video.

A second Salafist terror group, Ansar Al-Dalwa al-Islamia (“Supporters of the Islamic State”), boasted of its own rocket barrage one day earlier, on June 9. Neither claim of responsibility can be independently verified, however ISIS has published details about both instances of rocket fire on their forums, which is tantamount to a welcome-to-the-network embrace.

Any ISIS presence in Gaza, fledgling as it may be, is a pterodactyl-sized feather in the cap of the radical Islamist group, which has threatened Israel from its inception. A recent series of tweets posted on July 9 reads: “Patience, Jews, our appointment is at Jerusalem tomorrow,” and “Jews, we have broken the border.”

ISIS may have broken another border as well: According to Egyptian newspaper Al-Masry Al-Youm, Egypt’s security forces reportedly arrested 15 ISIS terrorists who tried to enter Sinai from the Gaza Strip. The report contends that a Gazan terrorist group helped ISIS carry out attacks on Egyptian civilians. Hamas spokesperson Eyad al-Bazam called the reports “lies and fabrications” and part of a campaign to “distort the image of the Gaza Strip.” He went on to flatly say, “There is no presence of ISIS in Gaza.”

Beyond the claims and counter-claims, ISIS support among Gazans is growing—at least on on Twitter and YouTube, and in forums.

“From Gaza, our sheikh Baghdadi, we are your soldiers. [ISIS hashtag.]”

A group of young men from Gaza pledge allegiance to ISIS and its leader, Abu Bakr al-Baghdadi, in a video that was uploaded last week.

Some Gazans are also active in ISIS forums, calling on the group to come to their aide in lieu of Hamas’ ineffectiveness.

“I am one of ISIS’ supporters in Gaza, and I ask the caliph [Al-Baghdadi] to intervene and stop the bloodshed, but I know that ISIS is busy and can’t intervene in Palestine now.”

“We ask the caliphate to support the Salafis jihadis groups in Gaza with money and weapons. We don’t have enough strong men. We want your help, we want your help, we want you help… Those with the wrong way [Hamas] have the support of Iran and the Shiite, and we sit in our houses as women, without weapons. Our situation is bad. …We cannot get out [of Gaza] because of Egypt and we cannot fight here in Gaza because lack of resources.”