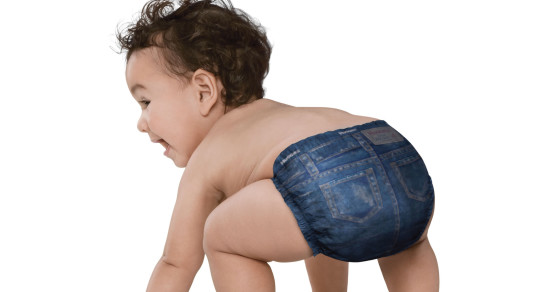 Sexed-Up Diaper Ads Are Full of Shit
By Assaf Uni 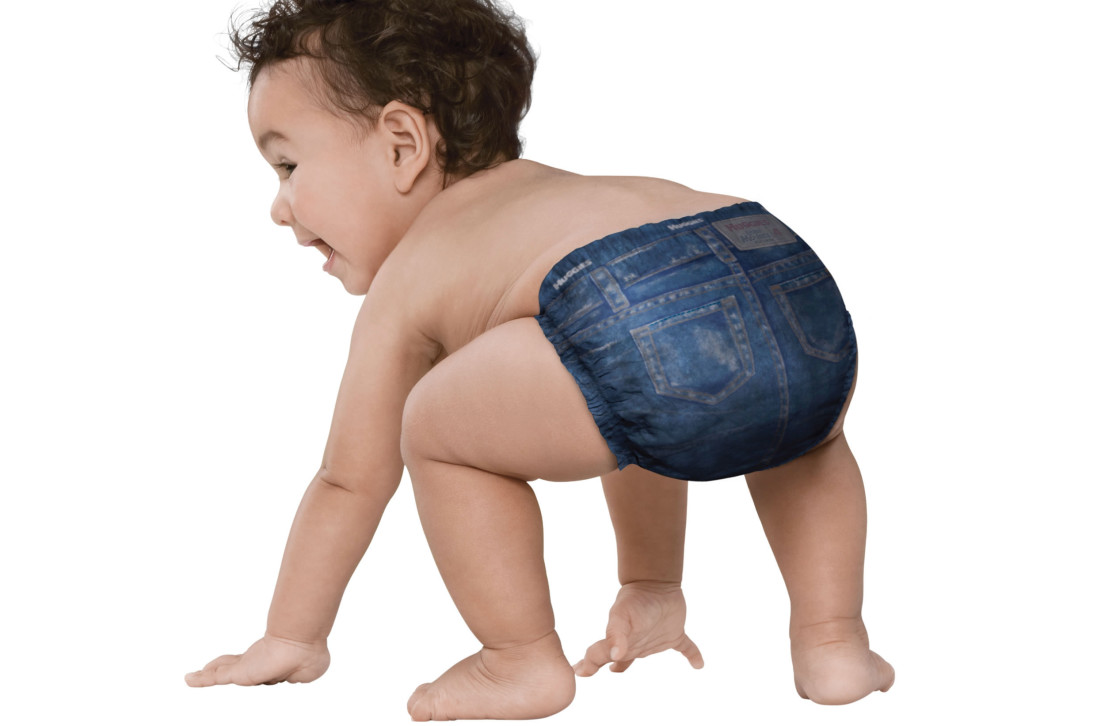 There’s a new model causing controversy in the world of Israeli advertising. She’s highly visible, posing on billboards around Israel, shaking her butt at the camera and glancing coquettishly over her shoulder, hands on hips. Her weight isn’t the issue—she has a BMI well above the legally required 18.5 (Israel has banned gaunt, underweight models), and her fresh skin needs no photoshopping. What’s causing controversy is her age. This model is 2 years old.

It’s an advertising scandal that has gained momentum on Facebook and Twitter in Israel over recent days. The diaper campaign for Huggies includes TV ads and billboard images of toddlers posing in what some see as provocative positions. The wave of angry posts has largely come from parents, some of whom have called the campaign “pornographic” and are now vowing to boycott the company.

The Israeli branch of advertising giant McCann-Erickson prepared the campaign, which shows the young girls and boys wearing denim-patterned diapers, posing as adults in a grown-up fashion shoot. Titled “The Most Important Item in the Wardrobe,” the campaign implies that babies who have yet to be toilet-trained still have a sense of fashion. Huggies are offering free diapers to parents who send pictures of their young ones posing in denim diapers.

"Look how the diaper model is standing in the same position, with the same tempting look." —Facebook commenter

The parents, however, are not amused. A father in Beer-Sheba biked along the main street last week and spotted the new Huggies billboard ad directly across the street from another ad featuring the model Bar Rafaeli. Both the toddler model and the seasoned, sexy pro were striking almost identical poses. “Look how the diaper model is standing in the same position, with the same tempting look,” says the concerned dad. Rafaeli’s ads are at the center of a parallel controversy over her skimpy, provocative poses.

That dad’s post, and dozens of others comments posted on the Huggies Facebook page, hint at a large group of Israeli parents who strongly disapprove of the campaign. “Your campaign shows babies in sexual, adult and provocative poses. …It’s disgusting and pedophile,” writes Maya Naveh. “Huggies has been with you since day-care,” adds another user sarcastically. “They teach you the art of temptation.”

Some parents are calling for a boycott of the company. “A new campaign by Huggies: a toddler with a red light district pose,” writes Tomer Brand. 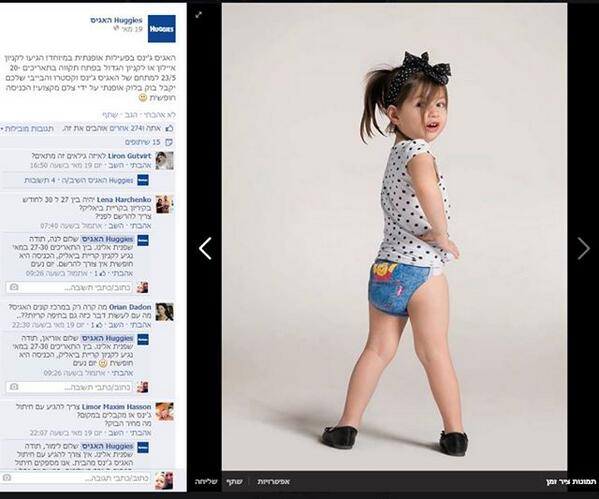 The Huggies brand was quick to answer the posts, saying that the ads were “nothing but a celebration of color and fun.” This is not the first time the company’s celebrations of color and fun (together with McCann-Erickson) have been lambasted for with using babies in questionable ways. Two years ago, a campaign for special “boys and girls” diapers included a baby re-enactment of the movie Grease, complete with air-kisses and side-looks.

Israel is leading the western world in fertility. Israeli mothers have, on average, three children—almost double the OECD average, which might explain why companies also see this as a fertile market and spend millions on advertising campaigns in the competitive diaper space. Israel’s social protests of 2011, which focused on the high cost of living, have left consumers highly attuned to diaper prices, and many supermarkets offer discounts on the most basic kinds.

Not all parents are furious at the “sexy baby” campaign, and for some, the allure of free diapers is hard to resist. On the company’s Facebook page, many have been posting pictures of their babies with the jeans-colored diapers, taken in special kiosks set up in shopping malls as part of the campaign. Too young to work, but not to twerk.