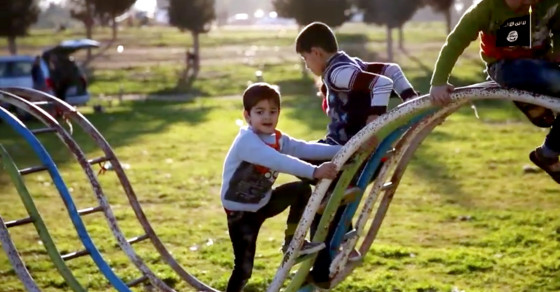 To Its Citizens, ISIS Shows A Softer Side
By Jamie Tarabay

To Its Citizens, ISIS Shows A Softer Side 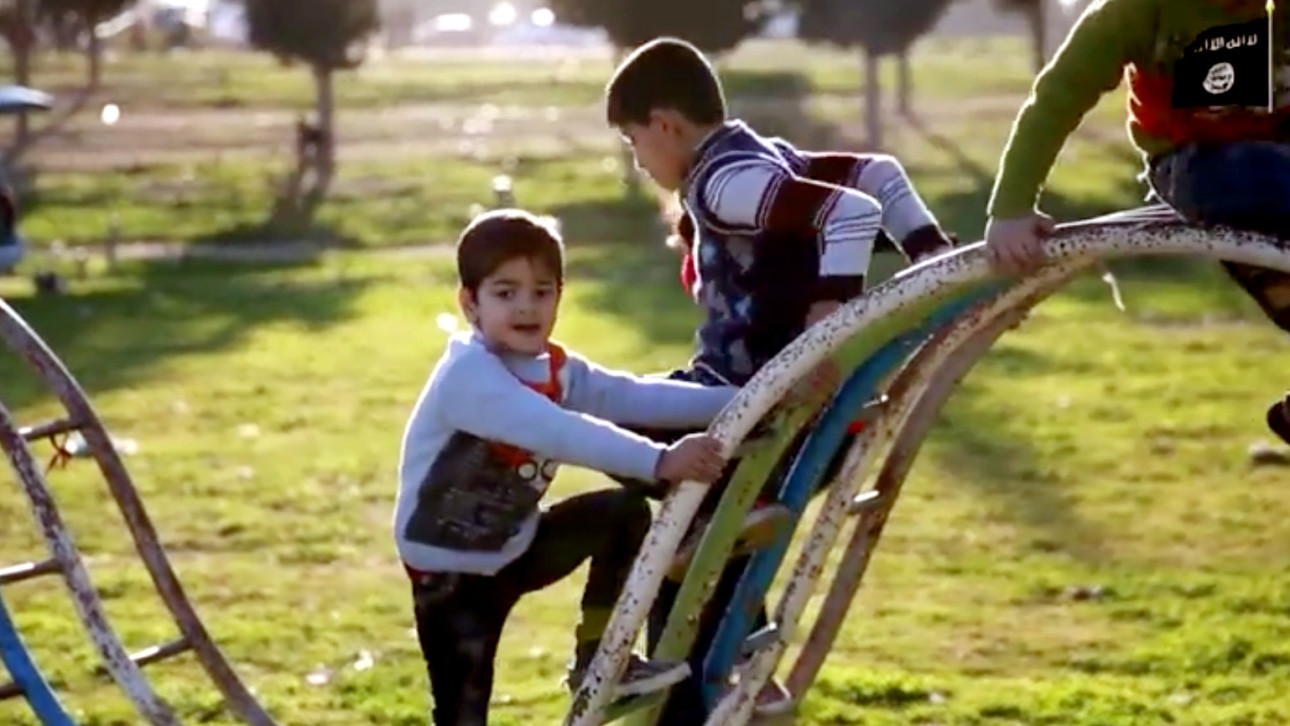 The scene is almost bucolic. A sunset, smiling children sitting on grass, families gathering together for a day out.

They come to Dijla City, a mall and amusement park just north of the city of Mosul, to spend a peaceful afternoon. As they enter the gates, a man with a small microphone meets them with a standard Muslim greeting before asking: “How do you find the spring here in the Islamic State?” The answer, from all, is the same: “Very good, thank God.”

Several men are interviewed in the video. (Women are barely glimpsed in the background.) They say everything is different now and so much better. There is chanting in the background, and happy faces everywhere. The meaning is clear: the mall, once enjoyed by Iraqis who came from across the country’s northern region to delight in the rides and candy, is now one of the perks enjoyed by citizens of the Islamic State.

In the West, ISIS’ propaganda seems focused on war and intimidation. Their primary messages are simply videos of brutality: firing squads, beheadings, even the burning alive of a captured Jordanian pilot. But a Vocativ analysis of the group’s online propaganda overall shows that, in the areas it already controls or is fighting to take over, almost half of what it broadcasts has a positive theme to it. Come to the Islamic State, is the message. There is fun here, and food, and services.

“They’re the first terrorist group that aren’t interested in [just] fighters, they want families to come,” said Patrick Skinner, director of special projects at The Soufan Group. “They need women and children, they believe they have a state, they now need a future. A lot of people are going there just to live in the caliphate.”

Vocativ investigated online semi-official groups loyal to ISIS that tracked the network’s publications and found data analyzing posts between January 21 and February 28, some 570 in all. Most of the publications were directed at ISIS centers of gravity rather than the world at large. 52 percent of the posts were broadcast in Iraq, 40 percent in Syria. Communications targeting the West accounted for a mere 2 percent of ISIS propaganda. Libya, where pro-ISIS fighters recently beheaded 21 Coptic Christians, garnered just 4 percent of ISIS’s propaganda efforts. 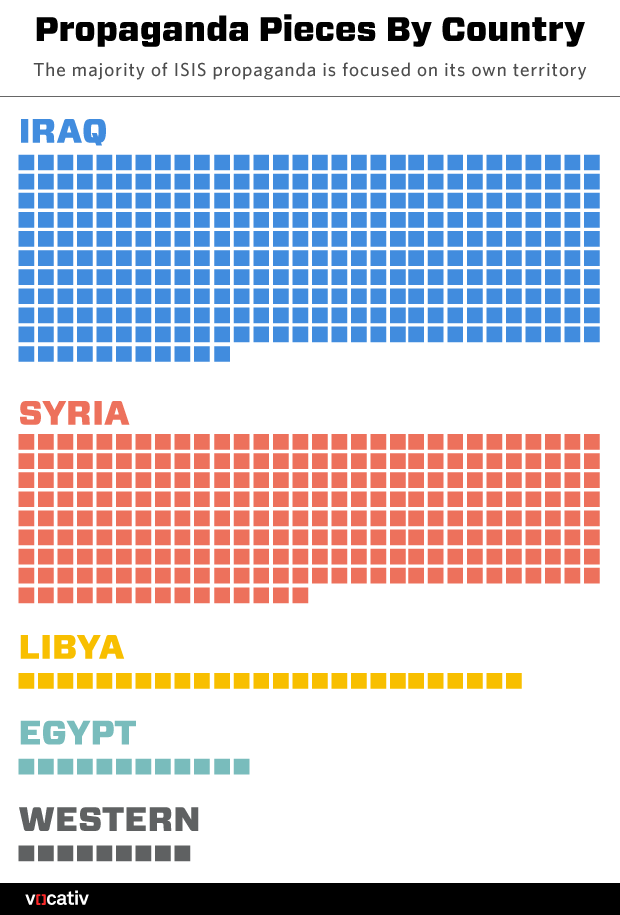 All the publications are distributed by official media wings for ISIS in individual provinces, while the internationally-directed ones go through their online channels, Al-Furqan and Al-Hayat.

About 45 percent of ISIS propaganda centers on its efforts to build and sustain the caliphate. Along with roadworks and local infrastructure, there’s messaging on traffic police, charity work, judicial systems, hospitals and agricultural projects.

“They send out a lot of pictures of harvesting wheat in Aleppo,” Skinner said. “They have something called the social services committee, and that’s designed both for the internal but it’s also designed to encourage people for hijra [to travel].”

“It’s really striking, the fact that a lot of the ISIS propaganda is their utopia narrative,” said Charlie Winter, a researcher at Quilliam, a London-based thinktank.

“There’s a clear trend in the primary branches of ISIS propaganda. One is aimed at intimidating the enemy, another is intended to show off what life is like, so it can be theme parks, hospitals, roadworks, designed to show that ISIS is trying very hard at being an Islamic State,” Winter said. 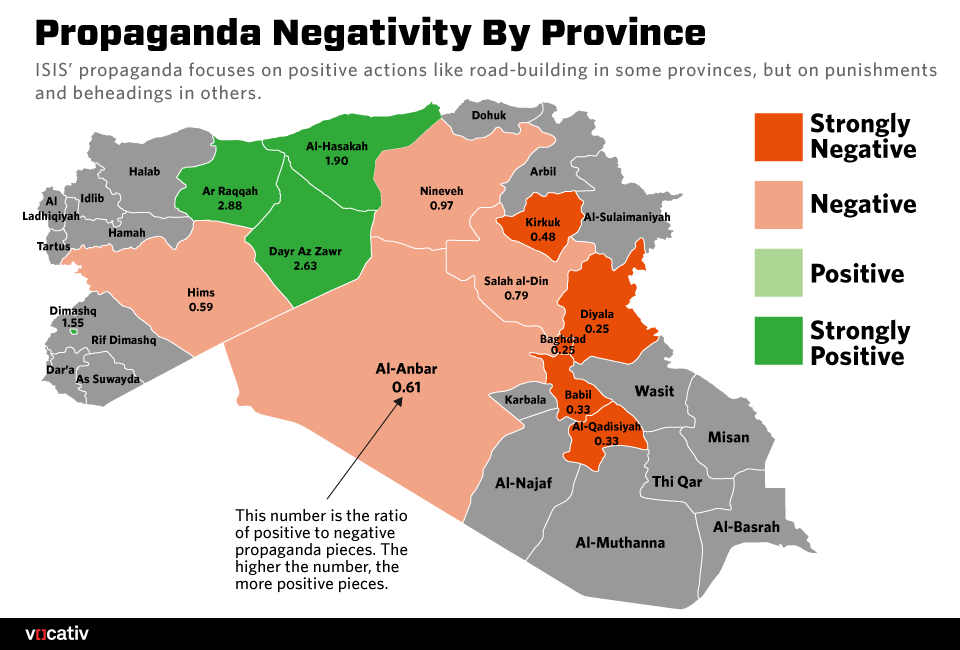 Iraqis and Syrians are able to consume the news—and ISIS’ propaganda—largely through their cell phones, says Skinner.

“You can stream the videos, they’re not heavy on bandwidth,” he said. “They might be at Internet cafes but most people have smart phones. ISIS sends out a lot of pictures.”

The U.S. State Department slammed ISIS propaganda as “false” and said that the reality is far from what the group is projecting, “a social, humanitarian and security disaster”.

“In addition to closing markets, factories and universities, ISIS has imposed heavy taxation and restricted the movement of people and products,” a State Department spokesman told Vocativ in a statement.

“Shortages of medication, water, and electricity have caused the spread of disease and dissipated the hope of people with terminal illnesses. Moreover, lack of access to clean water has forced many to dig their own wells.”

In response to ISIS’ efforts the central government in Baghdad is carrying out its own propaganda war, said Sajad Jiyad, an independent Iraqi analyst, speaking from the Iraqi capital.

“The government is not commenting on its losses to keep morale high,” he said. “Iraqi TV suppresses it, but they see it in [the city of] Karbala, where the bodies go for burial.” 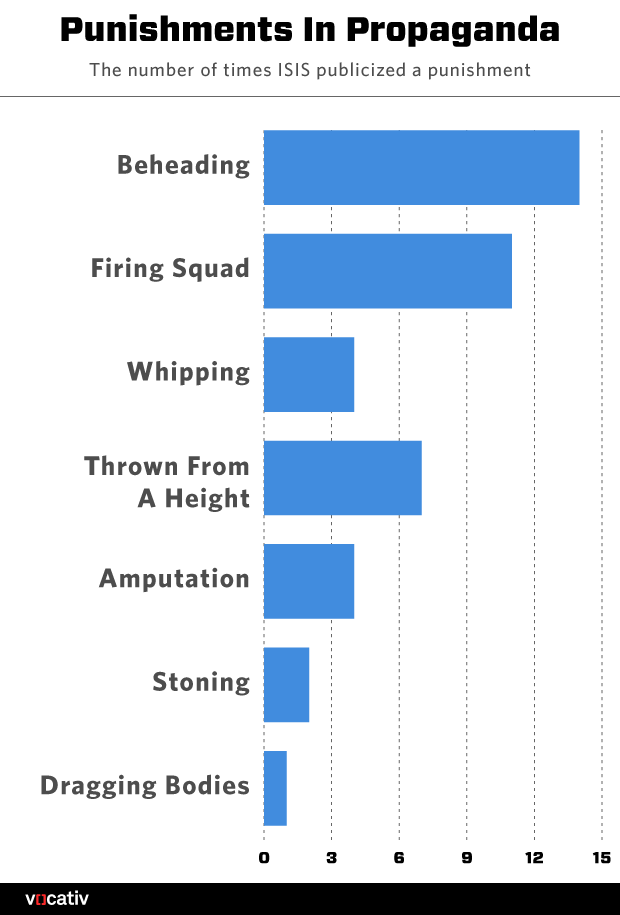 There are, however, frequent images of Shia militias retaking ISIS territory and carrying out their own punitive actions on ISIS fighters. There’s constant footage of Iraqi forces training, taking down ISIS flags, in tanks on the road to battle. And Iraqis supporting the fight against the Islamic State have also rallied online around a burly fighter called Abu Azrael—“Angel of Death”—who has become a cult figure in the ongoing conflict.

Pages dedicated to the heroism of the Iraqi forces show video and images of troops conducting military exercises, ISIS fighters surrendering or confessing their crimes, and Iraqis waving national flags. Some of the community Facebook pages have garnered over 2 million followers.

“God grant our heroes victory over these criminals,” posted one fan, along with a picture of a young girl dressed in an Iraqi army uniform, her face lifted in prayer.