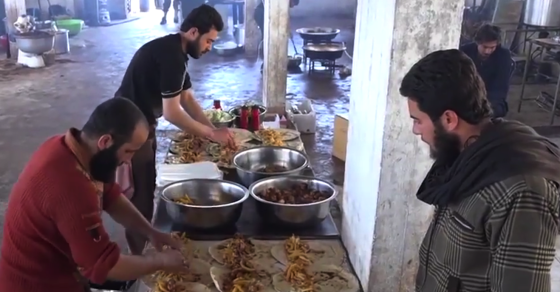 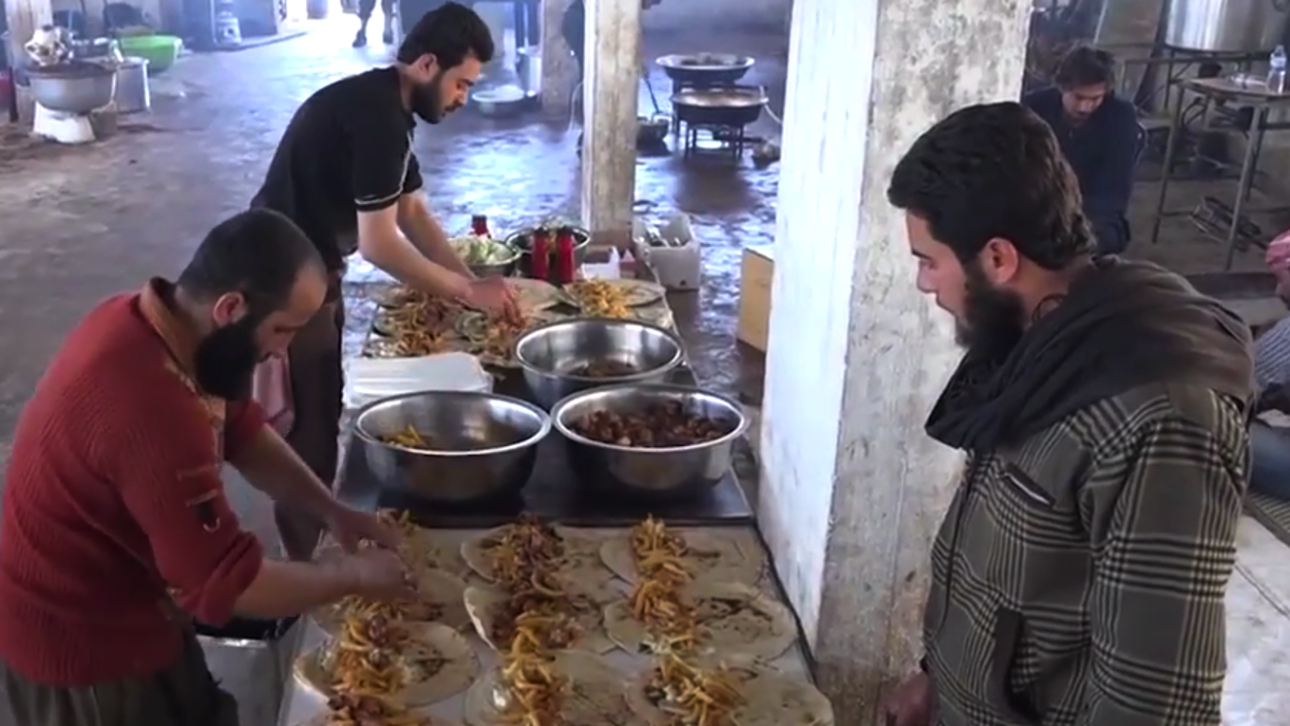 The extremist groups have embarked on a propaganda campaign on both unofficial and official channels showcasing mouthwatering food they say their members are lucky enough to enjoy. The images are yet another recruiting method the groups are using to bring more fighters into their ranks.

Photos from both groups—ISIS and al-Nusra alike—come with the hashtag #استراحة_مجاهد which roughly translates to “mujahid relaxation.” The hashtag was previously used by the groups’ official propaganda wings and unofficially by members during other campaigns aimed at depicting fighters’ lives as ideal.

The images provide a stark contrast with those emerging from famine-stricken areas under ISIS control. In Yarmouk, a Syrian refugee camp near Damascus, thousands are without food and have been struggling since ISIS took the area over in April.

A syrian bro invites the brothers over for a waleemah at his house. Pic taken 02/05/2015 pic.twitter.com/qvhH5d9Pfk

Translation: The Caliphate dogs are eating meat and the Syrians are starving to death.

Translation: In Raqqa, people are racing to secure their food while the state of oppression and their Saudi donkeys are eating the best food in the restaurants.