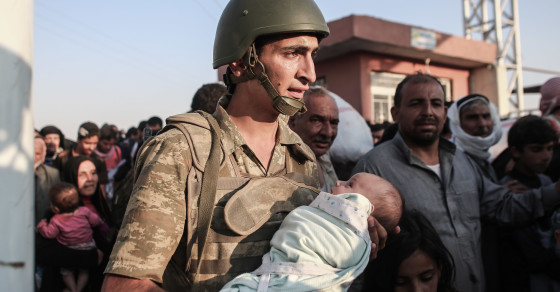 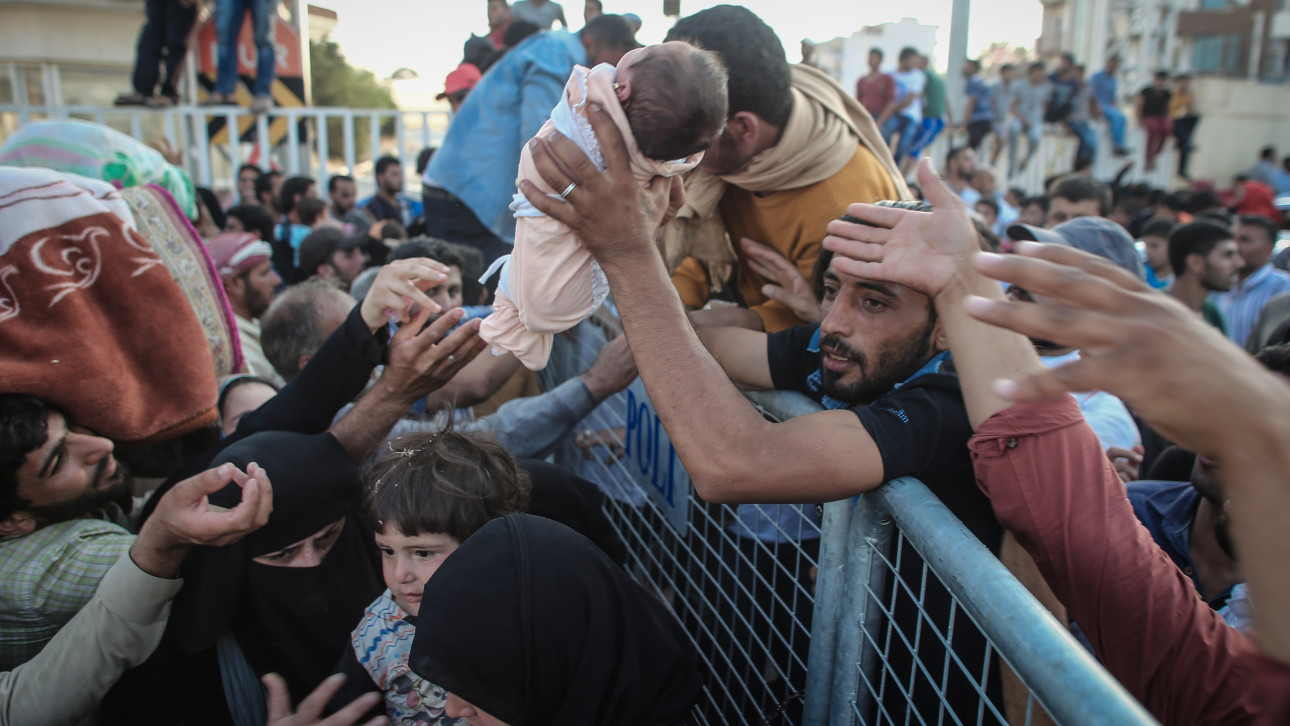 A battle to oust ISIS from a key Syrian town just steps from Turkey’s border elicited a new round of allegations about Ankara’s commitment to fighting the network, but it also highlighted the difficult choices Turkey faces in dealing with the notorious militants as the only NATO country that shares a border with the caliphate.

In just two weeks, more than 20,000 Syrians fleeing the fighting poured into Turkey as ISIS fighters, on the opposite side of a chain-lined fence, tried to hold their ground.

By Tuesday the tide had turned and the black flag that hung menacingly at the Tal Abyad border crossing for roughly a year was torn down and replaced. Kurdish fighters and allied rebels managed to oust the radicals from the town and choke off crucial supply routes to ISIS territory in Syria.

Hailed as a victory in the West, it was greeted more soberly in Ankara where the increasing power of Kurdish militias is also viewed as a threat. “This doesn’t bode well,” Turkey’s president Recep Tayyip Erdogan told reporters as the Kurdish fighters advanced. “This leads to a structure that poses a threat to our borders,” he said.

The comments rekindled old questions about Turkey’s position on ISIS, especially among the country’s Kurds, who have long seen Turkey’s reluctance to support Kurdish fighters in Syria as a sign that it prefers the jihadist militant group.

“Turkey would rather have ISIS as a neighbor than Kurds,” said a 31-year-old Kurd from the Turkish city of Diyarbakir, days after he returned from Syria, where he had taken up arms against ISIS.

But Ankara’s long hesitation to jump directly into the war against ISIS—by arming Kurdish militias or sending its own soldiers to fight the radicals themselves—is instead the result of a complex set of risks unique to Turkey.

Sharing a border with the so-called Islamic state, Turkey is particularly vulnerable to attacks. Indeed, a self-proclaimed ISIS member is suspected of bombing an election rally in Turkey earlier this month. The group has also targeted Turks outside of the country, taking dozens of Turkish truck drivers and consulate workers—including a consul general—hostage in Mosul, Iraq last summer.

Besides having to consider the risks of provoking its dangerous neighbor, the country also has to worry about the related refugee crisis. Since 2011, nearly 2 million Syrians have fled to Turkey—more than any other country in the world.

As the only NATO ally sharing a border with ISIS, Turkey has to contend with the millions of refugees fleeing the militant group.

Keen to find a permanent solution to the costly humanitarian crisis, Erdogan has objected to focusing solely on ISIS—just one of many groups battling President Bashar al-Assad and each other in Syria’s messy war. Instead, Ankara wants a plan that also targets Assad—a result it argues would lead to longer-term stability.

Erdogan and his government’s other concern relates to the growing influence of the Kurdish militia known as the YPG, which continues to carve out new territory amid the chaos of Syria’s war. The YPG has close ties to the Kurdistan Workers’ Party or PKK, a group that has led a long and violent uprising against Turkey for increased Kurdish rights.

The PKK is on terrorist lists around the world, including in the United States. But, to Turkey’s discomfort, its global image has been on the upswing since it and the YPG swooped into Syria and Iraq, turning their guerrilla expertise against ISIS.

The YPG’s status has only increased since the U.S. began supporting the group with airstrikes against ISIS in Syria. Its most recent U.S.-backed victory in Tel Abyad was significant, connecting two other Kurdish-won areas and consolidating their gains on Turkey’s border.

“The fact that an extention of the PKK is controlling large parts of the border is naturally disturbing to Turkey,” said Ozgur Unluhisarcikli, the Ankara director of the U.S. German Marshall Fund.

Though Turkey and the PKK have taken steps toward reconciliation in recent years, a solution is still not within sight and may be complicated by Kurdish victories in Syria.

A Kurdish “belt” at Turkey’s border will also decrease the country’s influence among rebel groups inside Syria and thus its potential influence in whatever emerges from the bloody and long conflict.

Despite Turkey’s lack of support for Kurdish militias fighting ISIS, the county is still working with the U.S. to combat the group in other ways. The U.S. Embassy in Ankara pointed this out in a flurry of tweets after media here published Erdogan’s controversial remarks about the Kurds’ recent victory in Tel Abyad.

(4/4) The U.S. and #Turkey are united against #ISIL; ISIL is a threat to Turkey, the broader region, and all civilized peoples.

Turkey is also hosting a U.S.-led program to train and equip handpicked Syrian rebels who were expected to return to Syrian and battle ISIS. It has also worked to crack down on “jihadist highways” leading ISIS wannabes through Turkey and into Syria.

When fighting first erupted in Syria, Erdogan notoriously looked the other way as foreign fighters streamed across Turkish borders and into the conflict—anything to topple Assad and end the war. But the move proved disastrous and instead of speeding up the end of the conflict it instead bolstered the ranks of radical groups, including ISIS.

“Two years ago, we were not frequently seeing arrests,” said Emre Kizilkaya, managing editor of Hurriyet Daily News, a newspaper in Turkey that has published a spate of articles since last summer on Turkish authorities arresting ISIS fighters at the border—most recently Tuesday. “We are seeing now that there are arrests almost every day.”

Still, other reports indicate that even after Turkey cracked down, ISIS fighters still managed to get in and out of Syria, especially near the Tal Abyad border. That’s the crossing Hayat Boumeddiene, the partner of one of the Paris Charlie Hebdo terror suspects, reportedly used to flee France and vanish in ISIS territory. Corruption and longstanding smuggling networks make the illegal crossings possible—something critics point to as evidence that Turkey is still not making ISIS enough of a priority.

But with the Kurds now in control of much of the key town, ISIS-bound fighters will have one less route to take—a development Turkey might celebrate more if the group’s defeat did not further strengthen the YPG.

Given an option between the two, Unluhisarcikli from the U.S. German Marshall Fund says, “Turkey cannot make a good choice.”