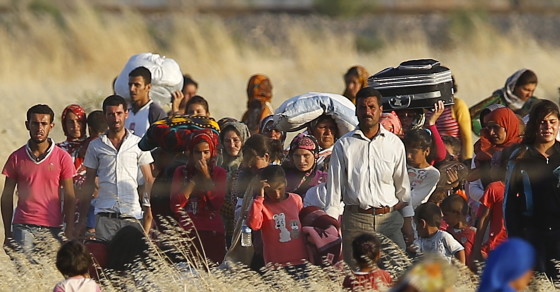 Life In Limbo For Kobani’s Residents
By Emily Feldman

Life In Limbo For Kobani’s Residents 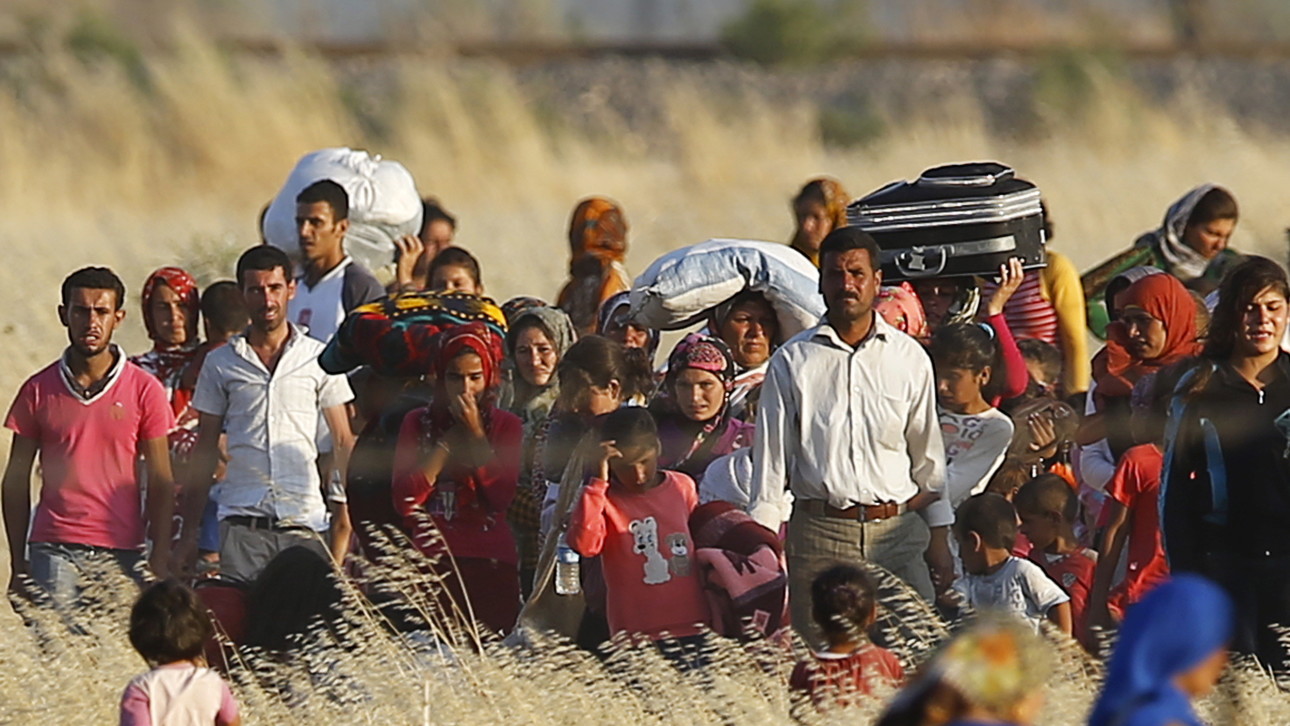 When Sevket Huseyini returned to Syria after ISIS fighters were forced from his village, he found his home empty, pocked with bullet holes.

He’d been robbed of everything, his family left with nothing but a shell of a house. Still, he was glad to be home. He’d spent several months in neighboring Turkey as a refugee, while Kurdish fighters, backed by U.S.-led airstrikes, fought off an ISIS siege on his native Kobani.

It was a bloody and costly battle that dragged on for four months. While it left the town and surrounding villages largely in ruins, ISIS’ defeat there was hailed as a major success for the victors and for residents, like Huseyini, who could finally move on with their lives.

Huseyini wasted no time, ushering his family back home the first opportunity he had. Despite the widespread damage, he was glad to be back on his land, with fears of war finally behind him.

More Every Single Second The U.S. Spends This Much Money Fighting ISIS

But the peace was shattered last week when ISIS fighters announced their return with an explosion that jolted Kobani awake. Confused, residents said they peeked down their streets early Thursday morning and saw ISIS fighters going door-to-door, executing civilians.

Fewer than 100 ISIS fighters infiltrated the city, according to Ismat Hassan, Kobani’s defense minister. But by the time they were defeated—yet again—they had left a trail of extraordinary carnage. More than 220 people were gunned down in what the Syrian Observatory for Human Rights is calling the second largest civilian massacre ISIS has carried out since declaring a “caliphate” last year. (The largest came last summer when ISIS executed some 700 members of a tribe in eastern Syria.)

“We didn’t expect something like this,” said Huseyini, who hunkered in his house throughout the four-day ordeal. “It was completely unexpected and now people have fear that it can happen again.”

For the entire town, and even international community, it was a sharp reminder of the unpredictability of Syria’s war and the complicated road ahead in the fight against ISIS.

The attack on the Kurdish town was reportedly carried out by at least some fellow Kurds who had infiltrated Kobani and were living among their targets. Hassan said the Kurdish forces defending the town did not believe such a large-scale attack could have succeeded without at least some local ISIS support.

That idea—that ISIS could somehow infiltrate “liberated” territory and wreak so much havoc with apparent ease—sent jitters well beyond the small town.

Across the border in the Turkish town of Suruc, locals bickered about the ISIS attack. While some insisted it was carried out exclusively by outsiders, others soberly acknowledged that ISIS supporters could be anywhere.

That the town targeted was the success story in the U.S.-led coalition’s fight against ISIS only increased the sense of shock.

“We were not expecting this,” said Mustafa Dogal, a Kurdish activist and native of Suruc. “It was really serious and something the whole world should be alarmed about.”

Despite all the resources poured into saving Kobani, ISIS still managed to deal a powerful psychological blow to the town’s supporters, with little more than crude explosives and a few dozen guys with guns.

More ISIS Hit List: These Are The World’s 5 Most Wanted Jihadists

Andrew Tabler, a senior fellow at the Washington Institute who focuses on Syria, said the attack was a way for ISIS to show the Kurds that it can still threaten their territory. “The tactics that ISIS uses are extremely effective in creating terror and operating an insurgency which wears down anti-ISIS forces over time,” he said. “It’s not new and its not going to end anytime soon.”

Kobani residents found themselves on the move again, camped out on the Syrian side of a Turkish border fence waiting for permission to leave their country once more—even as Kurdish fighters chased the final ISIS members from the town.

Shirin Midris, a 30-year-old, stood on the Turkish side of the fence waiting for her mother to cross. Midris never returned to her native Kobani after fleeing ISIS’ initial advance. But her parents went back after ISIS was routed and assured their daughter that they felt safe and were getting on fine.

“My mother said that things were getting better day by day,” she said. “But since the attack, she’s been waiting at the fence and if they open it she’s leaving [Syria] right away.”

Outside a small hospital still receiving wounded civilians two days after the attack, Kobani residents talked about home. They all seemed resigned to the idea that the war would not truly be over for years. For some, that meant remaining in Turkey as refugees. Others said they’d still return, just warier of the illusion of peace. “If ISIS wants to kill us,” one elderly woman said, “they will kill us. There is nothing we can do.”