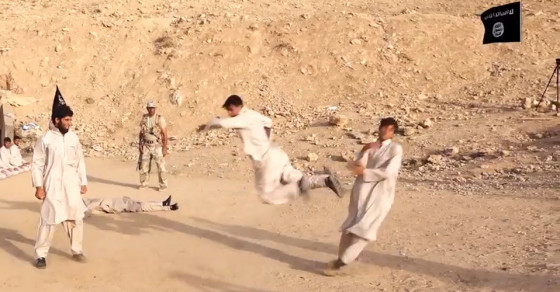 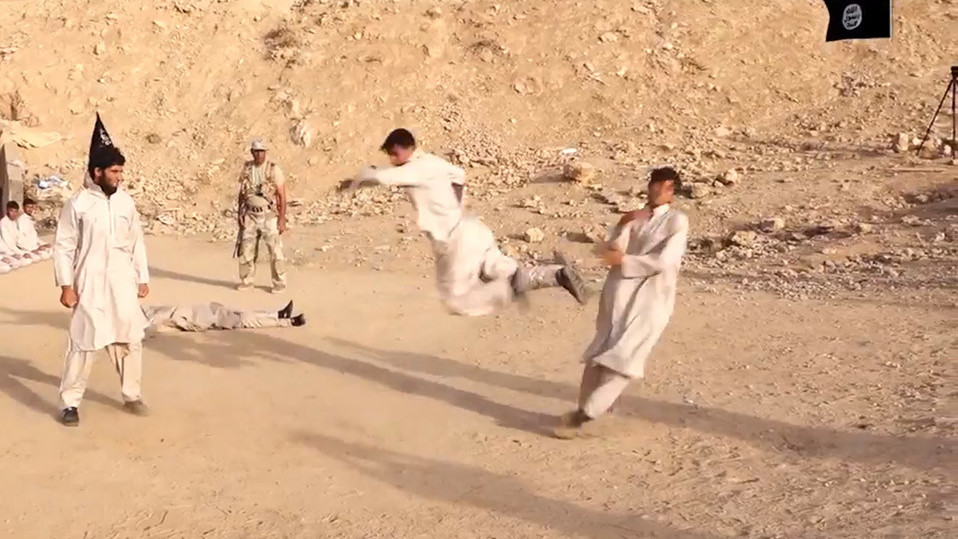 With successes in both Syria and—especially this past week—Iraq, ISIS is looking less like an ersatz militia and more like a real, organized, almost professional army. Granted, the video below is certainly a bit of staged pantomime to make Western and Middle Eastern audiences believe the Islamic State has transitioned to an advanced military level. But real or fake, the visuals are impressive, given ISIS’ latest efforts in Iraq’s Anbar province and the towns along the Syrian-Turkish border.

Apparently getting kicked in the chest, crawling under gunfire and taking part in Kung-Fu-style mock battles are all part of training for new ISIS recruits. Chilling at first, the video takes a turn for the bizarre during a Bruce-Lee-inspired sequence, complete with flying kicks and dramatic falls. The more routine and effective demonstrations include how to rescue compatriots on the battlefield, the basics of taking apart and reassembling an AK-47 and, most frightening of all, lessons on how to be a martyr.

Throughout the video, the weapons the recruits handle seem to be a mix of vintage and modern, and the letters “U.S.” appear emblazoned on tents in the background. Certainly the insignia could be something the ISIS unit slapped on the canvas for effect. Still, it’s important to remember that the terrorist group has a long history of claiming it possesses American military weapons and supplies—claims that are often true.

There are moments worth smirking at. In one, a chubby bearded man wears a yellow karate belt; according to karate-dedicated sites, this belt is given for understanding the basic movements, usually after three months of training. On the whole, though, this is a propagandistic portrait of a single ISIS unit behaving like any regular army. Nothing to smirk about there.