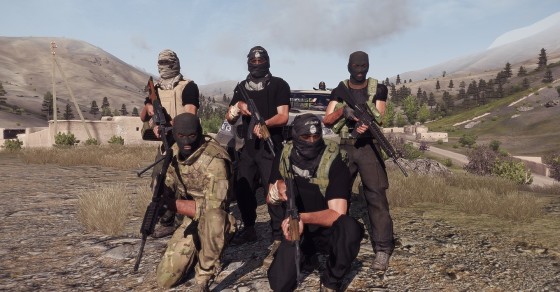 Supporters of the Islamic State have found a way to tackle their enemies on Western games. “In the latest version of the game ARMA III,” one ISIS supporter wrote on an official ISIS forum, “there are mods in which a user can play as an ISIS militant, especially against the Peshmerga and Syrian army.” Another anonymous gamer answered, “I will, with the help of Allah, make dozens of copies for this game and distribute it for free to all the brothers that use the name of the Islamic Caliphate.”

ARMA III is an open-world, first-person shooter video game developed for Microsoft users by the Czech studio Bohemia Interactive. ARMA III allows users to make their own various mods—that is, modifications—enabling them to change everything from the appearance of characters to elements of game play. Mods featuring ISIS characters originally appeared in ARMA III so that gamers around the world could fight against the terrorist network. Actual ISIS supporters, however, are using this feature to play as ISIS forces themselves.

This is not the first time ISIS supporters have “hijacked” video games. As we previously reported, they are also using the popular GTA V game to spread their propaganda and communicate with each other. But this is the first time we have seen ISIS supporters repurposing game mods to turn ISIS characters from villains into protagonists.