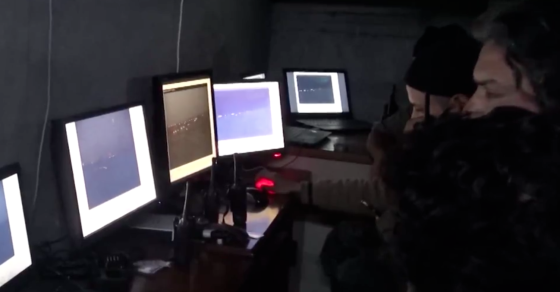 A video released by ISIS appears to show militants using aerial reconnaissance footage shot from a drone, and live video feeds in use in a command room during a night-time assault on Baiji, Iraq’s largest oil refinery.

The drone video appears to show ISIS militants involved in the renewed assault on the strategically important Baiji Oil Refinery, Iraq’s largest, located in Salah e-Din province, northern Iraq. The group of militants took control of several installations inside the refinery, with Iraqi troops sending in reinforcements in recent days in an attempt to oust them. The area has been a flashpoint in the battle between ISIS militants and the Iraqi army since March 2014. The US-led coalition provided their own air support to the most recent local counter-offensive on the refinery, with clashes there still ongoing.

ISIS has previously used drones elsewhere to plan their assaults, with footage appearing from near Raqqah in northern Syria in August of last year of a base which ISIS later conquered.