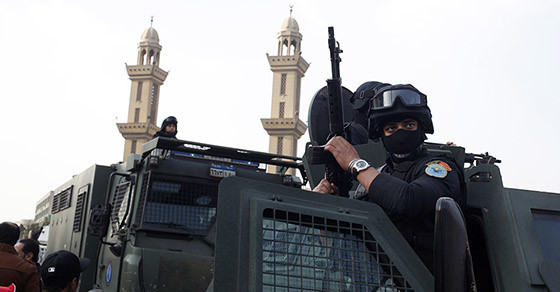 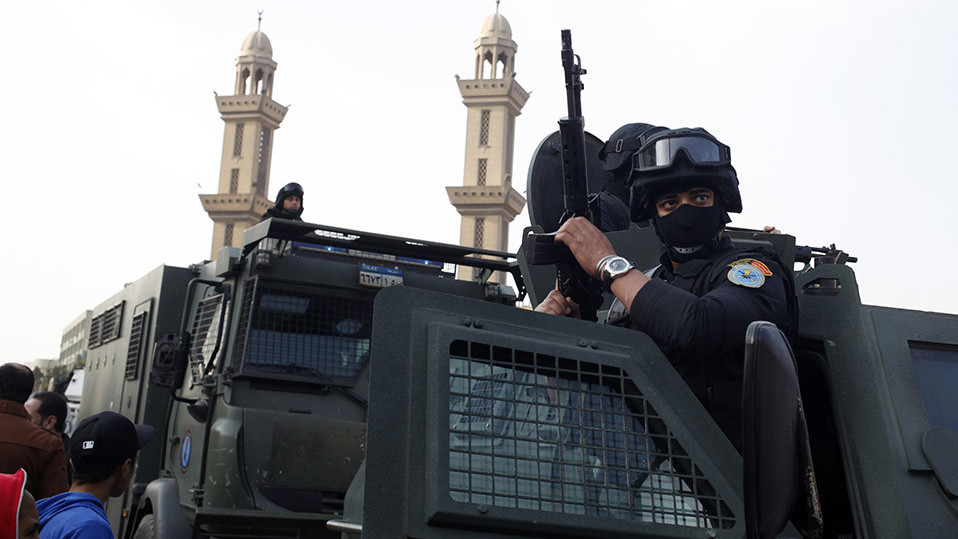 ISIS is claiming its agents killed five Egyptian soldiers in and around Cairo during the violence that flared on the streets of the Egyptian capital two days ago.

At least four protesters were killed and scores of others injured during the “Muslim Youth Uprising” protests organized by the Salafi Front on Friday. The aim of the protest was to “topple military rule in Egypt.” While the protests were happening, three senior army officers were killed in separate shooting incidents by unidentified assailants—two in Cairo and a navy officer in Alexandria, according to reports quoting eyewitnesses. Two army conscripts were also reportedly injured.

Egyptians carry a man who was shot in Cairo's working-class district of Matariya during clashes between Islamist protesters and police on Friday.

ISIS hadn’t previously participated in Egyptian political protests. Most of its activities have consisted of taking territory in Iraq and Syria. However, on Friday the group claimed through forums and social media accounts that it had carried out the simultaneous attacks as part of its “participation in the Muslim youth intifada” and “revenge for the people of Egypt.” According to its claims, ISIS killed three Egyptian soldiers in Gesr El Swiss, as well as an Egyptian officer and a soldier in Qalyubia. The group also said it attacked the police near Al-Arish, in the northern Sinai Peninsula.

When ISIS claimed responsibility for the attacks, it did so through the Twitter account “The Sinai Province.” Ansar Beit Al-Maqdis (ABM), Egypt’s deadliest militant organization, has claimed the “Sinai Province” and carried out a number of high-profile attacks there. Vocativ has been tracking ABM’s support of ISIS since early July. Since then, the group has also claimed to have carried out rocket attacks against Israel during the Gaza war this summer.

Translation: “#IslamicState #SinaiProvince Our participation in the young Muslim intifada and the revenge for the people of Egypt.”

ISIS social media accounts on Friday were also actively calling Egyptians to join the jihad with the hashtag #MessageToOurPeopleInEgypt.

The Salafi movement is a fundamentalist sect that advocates practicing Islam as adherents would have during the lifetime of the Prophet Muhammad in the seventh century. This is in contrast to the Muslim Brotherhood, a reform movement which, while strict, wants its followers to participate in modern institutions, such as democracy. Like the Muslim Brotherhood, the Salafi movement in Egypt is a political faction. In the 2011 assembly elections, Salafis won 25 percent of the seats.

While ISIS shares a similar worldview, to date there have been no official ties between the group and the Salafi movement in Egypt. The Salafi movement’s participation in Friday’s protests suggests that the group, which until now had been concentrated on the Sinai Peninsula, may be starting to turn its attention to Egypt.

At the end of its statement claiming responsibility for the attacks on Friday, ISIS promised more such assaults in the future.