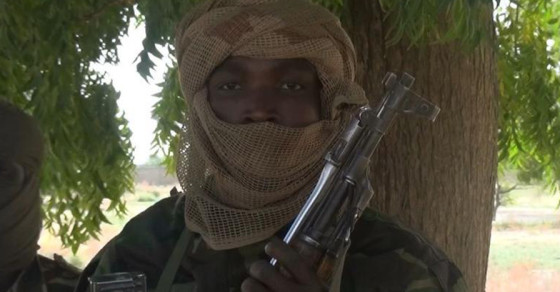 ISIS Supporters Confused: Is Boko Haram Part Of Us?
By Gilad Shiloach

ISIS Supporters Confused: Is Boko Haram Part Of Us?

ISIS supporters are confused about the links between their organization and Nigerian militant jihadi group Boko Haram. As Boko Haram ramps up its propaganda output, ISIS supporters are trying to figure out whether or not Boko Haram is officially working with the Islamic State. The main questions being asked on major ISIS forums are why ISIS has not yet officially embraced Boko Haram and why Boko has not pledged allegiance to ISIS.

Referring to a recent Boko Haram video announcement, one forum member asks, “Only one things puzzles me about this video—what prevents Boko Haram from pledging allegiance? The Caliphate has been established and its requirements are known. Why don’t they pledge allegiance?”

There still hasn’t been any official statement from ISIS to clarify its connection to the African terror organization. Online chatter hints at a hidden dispute between the leaders of ISIS and Boko Haram over whether or not mass attacks against civilians in public places (as Boko is doing) are permissible. “The goal of the Islamic State is to come to power and save the lives of its citizens. Boko Haram is conducting jihadi operations in public places and do not save the lives of civilians,” argues another forum member.

Others suggest the disconnect is merely because the Nigerian group is simply “too busy” with ongoing battles to make any pledges.