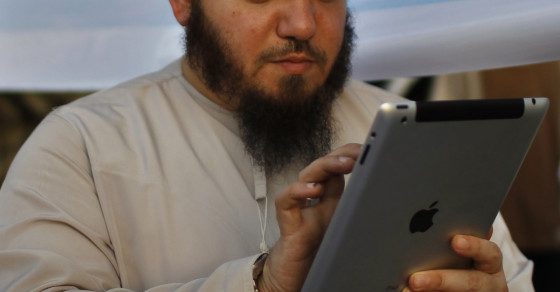 Rumors of a new ISIS video, purportedly their most bloody and violent to date, created a ripple of excitement across jihadi social media networks yesterday. The upcoming publication was supposed to come directly from Al-Furqan Institute–the ISIS media wing responsible for their most gruesome videos, such as the executions of American journalists James Foley and Steven Sotloff and Jordanian pilot Moaz al-Kasasba, who was burned alive. But hours passed and the Islamic State snuff film didn’t appear.

Among ISIS supporters, their violent, western-focused propaganda pieces are “the best show in town,” with the upshot that rumors of their release spread like wildfire. Some ISIS fans even speculated that British executioner Jihadi John would star in the new video.

More For All Of Vocativ's Breaking ISIS Coverage Click Here

But as hours went by, eager ISIS supporters realized the new video wasn’t coming anytime soon–if at all–and the excitement on social media turned into frustration. ISIS supporters began flooding Twitter with memes and jokes, mocking their own eagerness for just one more new piece of ISIS propaganda.

Translation: “I am waiting for Furqan Institute.”

Translation: “The supporters are waiting for Furqan Institute.”

Is It Legal to Go Overseas to Fight ISIS? (Men’s Journal)
To Its Citizens, ISIS Also Shows A Softer Side (Vocativ)
ISIS Threatens to Burn 21 Men Alive (Daily Beast)