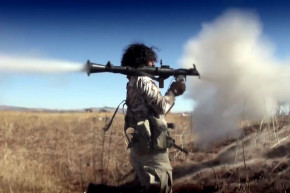 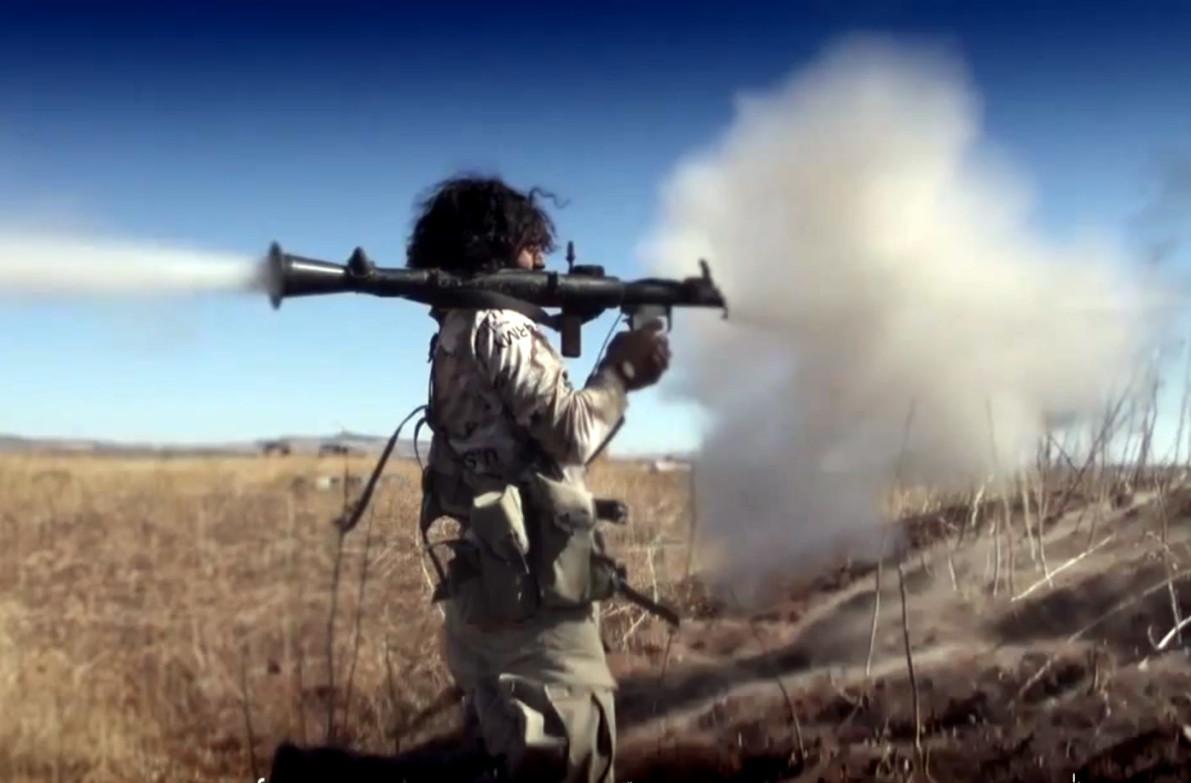 The Islamic State, also known as ISIS, has released an hour-long movie, showing battle scenes from Syria and Iraq, touting suicide missions and showing off their military capacity.

Al-Hayat media, the ISIS media wing, has been teasing the film for several weeks. The bilingual movie translates spoken Arabic into English subtitles and vice versa, meaning that it can resonate with English-speaking and Arabic-speaking audiences simultaneously. With its video emissions to date, ISIS is trying to strike fear into communities it’s attempting to conquer, as well as its enemies overseas. At the same time, it is attempting to paint an image of a formidable fighting force in such a way as to attract new recruits to what they project as an organized, effective, well-paid organization with a clear mission and groundswell of support. Both propaganda threads are conflated in this movie. And it’s going down a treat with jihadi-friendly Twitter users.

In a section toward the end, alleged Syrian soldiers are shown digging trenches in which they will be buried. One of the grave-diggers narrates how he is frustrated at his abandonment by President Bashar al-Assad, and urges the parents of current Syrian soldiers to pull their sons out of the army.

This Syrian soldier was filmed digging his own grave and was then executed on camera.

He also expresses amazement at how a few dozen ISIS fighters were able to overrun their base, where other rebel forces had failed to do likewise. One of the techniques depicted in the film is suicide bombings using BMP armored personnel carriers, loaded up with pipes filled with heavy explosives, in enormous suicide raids on Syrian military bases.

The soldiers are then lined up on the edge of the trench and executed with bullets to the back of the head by a balaclava-clad ISIS militant with a seemingly American accent.