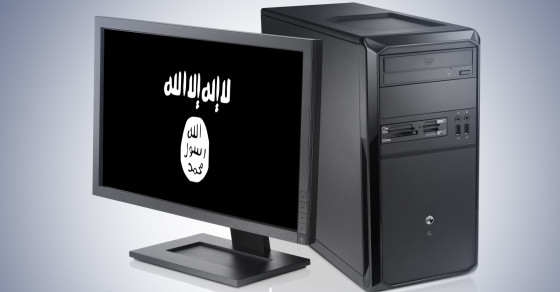 ISIS Opens Its Own Social Network
By Gilad Shiloach

ISIS Opens Its Own Social Network

ISIS has allegedly created its own social network, named “Khelafabook“. ISIS supporters around the world have already begun promoting this would-be platform for jihadists. The site looks a lot like Facebook, but as yet is incomplete. Large portions of text in the “about” and “contact” pages are filled with lorem ipsum placeholder text, and the site is struggling to stay online, meaning that registration is still impossible. Once stabilized, the site could, conceivably, serve as a substitute for ISIS supporters blacklisted by Facebook and Twitter, both of which have shut down thousands of ISIS-related accounts over the past few months.

According to Khelafabook’s homepage, this social network will be available in English, German, Spanish, Indonesian, Javanese, Turkish and Portuguese but bizarrely, there is no mention of Arabic. The site is hosted by American provider GoDaddy, but the site’s registrant is listed as an “Abu Musab”, hailing from Mosul. Mosul is an Iraqi city, but the registrant places it in “The Islamic State” and lists his home country as Egypt.

Several Twitter accounts related to the hacker group Anonymous, which is currently waging an online war against ISIS, have already listed this site as a potential next target. The threat from hackers might be one of the reasons for Khelafabook’s current instability.