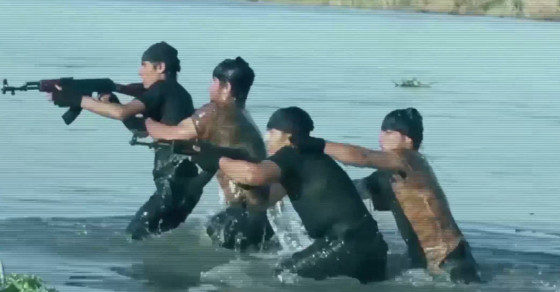 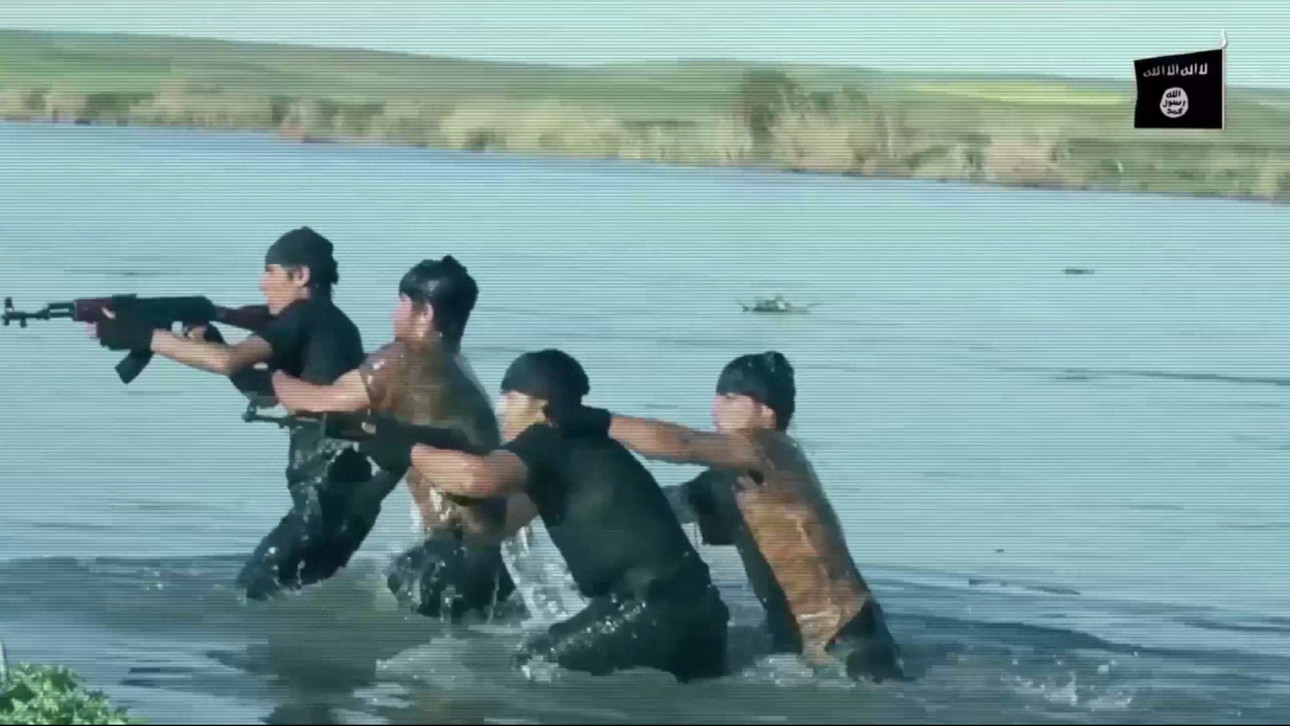 The Islamic State is now touting an elite, Navy SEAL-like group of swashbuckling, amphibious-style commandos who are able to spring from the water in a blink of an eye to take out enemies in broad daylight.

In a new video obtained by Vocativ, ISIS is shown unveiling its newest band of special forces, a black-clad brigade that purportedly uses the Tigris River in Iraq to stage a series of stealth attacks. Like previous attempts by the group to promote its prowess, the film is at turns terrifying and hilarious.

Military experts who reviewed the footage say it reveals little about the commandos’ actual proficiency as fighters. They concede, however, that the video proves to be a powerful piece of propaganda.

“Just looking at the way they moved, the way they held their weapons, made me laugh,” says James Dever, a retired sergeant major of the Marines Corps and military advisor. “But I’m not a young person who knows nothing about skilled combat.”

For those less accustomed to the subtleties of tactical training, the five-minute film, filled with pulsing music and dramatic slow-motion sequences, can be seductive. Wearing signature black masks, ISIS’ foot soldiers are seen pumping iron and clobbering one another in hand-to-hand combat in northern Iraq’s Dijla province. Wielding AK-47s, they successfully storm mock-enemy bases by kicking down doors and tossing hand grenades.

The video’s main focus, however, is on promoting ISIS’ new amphibious fighters, who appear to be the extremist group’s answer to the Navy SEAL. Clutching knives between their teeth, they are shown diving into the Tigris and chartering motorboats. On two different occasions, a fighter manages to climb onto the banks of the river, sneak up behind an armed guard and slice his throat.

But if ISIS hopes to hype its maritime abilities, it’s going to have to be a bit more credible, says Rick Nelson, an associate with the Center for Strategic and International Studies. For example, most water-staged attacks occur at night—not in broad daylight, he says. And special forces are better off with scuba gear than with ISIS’ cotton clothing that, when soaking wet, can blow one’s cover on land.

“The quality of training appears very rudimentary and just hokey in some parts,” says Nelson, a counterterrorism expert and former Navy helicopter pilot. “You must have an element of surprise. Nothing in the video shows a particular ability of attacking in a clandestine or covert matter.”

Still, that might be of little consequence, should the polished, well-produced video recruit more fighters.

ISIS Recruiting And Training Kids For Its ‘Cub Fighters’ (NBC News)
How Many Americans Have Joined ISIS? (CBS News)
ISIS Claims Its Established A Caliphate In Yemen (Vocativ)