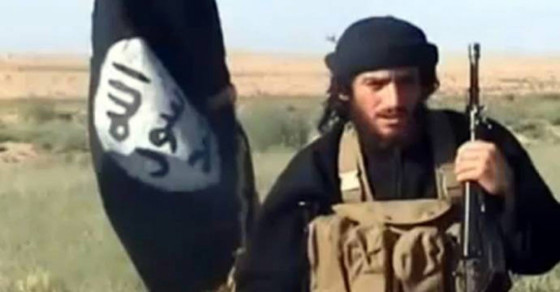 ISIS to the Rest of the World: We Will Kill You “in Any Manner or Way”
By Sarah Kaufman

ISIS to the Rest of the World: We Will Kill You “in Any Manner or Way” 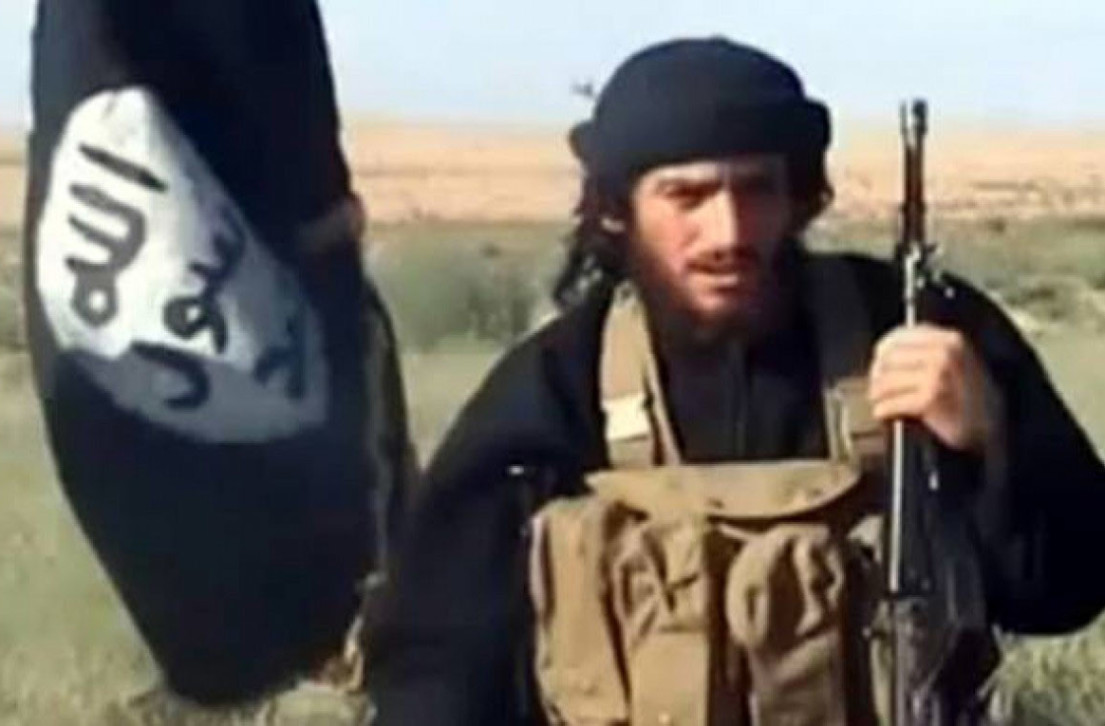 ISIS ramped up its fear offensive this month. First, it threatened so-called “lone wolf” attacks on Twitter employees after the social media company shut down pro-ISIS profiles. Then, as Vocativ reported, it published bomb recipes for lone wolf attacks in Times Square and Las Vegas on a message board. Then, of course, came its one-hour recruitment film. This is all in addition to daily threats to execute prisoners or, say, kill the pope.

But now ISIS isn’t threatening specific figures or sites. Instead, it’s threatening every single “disbeliever”—basically everyone who isn’t part of ISIS.

Today the terrorist group released a new audio announcement through media spokesperson Sheikh Abu Mohammad al-Adnani explicitly threatening lone wolf attacks on Americans and America’s allies. The 45-minute message tells Americans they should be scared of Muslims in their home country and that attacks could happen at any time, with any weapon.

“O America, O allies of America…know that the matter is more dangerous than you have imagined and greater than you have envisioned,” al-Adnani says in the message. “You will pay the price as you walk on your streets, turning right and left, fearing the Muslims,” he continued. “You will not feel secure even in your bedrooms.”

Speaking to jihadis, al-Adnani instructs believers to use whatever means (or objects) necessary to carry out their mission. “Single out the disbelieving American, Frenchman, or any of their allies. Smash his head with a rock, or slaughter him with a knife, or run him over with your car, or throw him down from a high place, or choke him, or poison him.” He continues, “Kill him in any manner or way however it may be.”

"If you can't kill an U.S. or Frech citizen, then burn his car. If you are unable, at least spit him in the face" https://t.co/Zu3n3Jlvqu 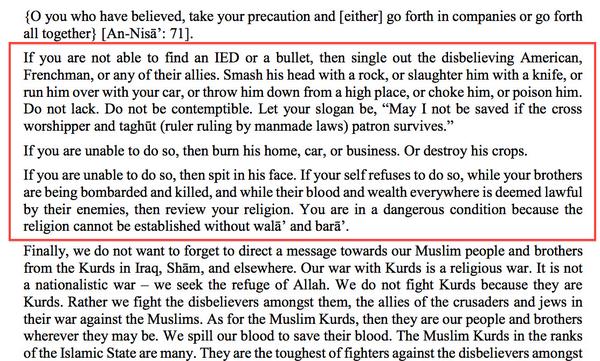 Kill civilians of the countries belonging to the Coalition – no need to wait for further advice https://t.co/P36edIZc5H 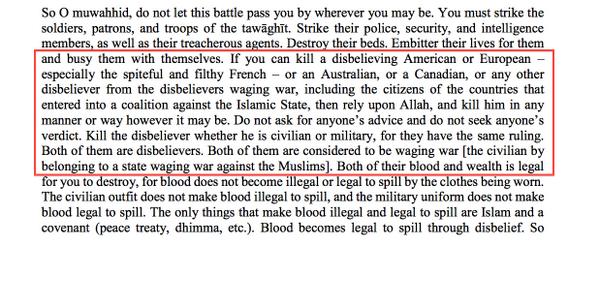 Attempting to turn President Obama’s strategy for destroying ISIS on its head, al-Adnani says that the choice not to use ground troops in Iraq and Syria is a sign of weakness. According to al-Adnani, when America does (inevitably, in his mind) send soldiers, the U.S. “will be led to its death, grave and destruction.”