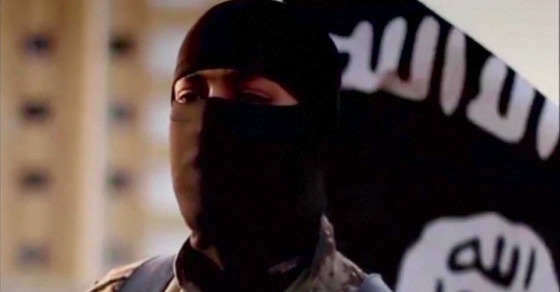 ISIS released a new statement Monday urging Muslims in the West to attack Westerners by any means possible. The statement also announces the Islamic State’s expansion to “Khorasan,” an area encompassing Afghanistan and Pakistan, and celebrates the death of the Saudi King Abdullah, calling on Allah to “cast him into hell.”

We bring the mujahideen the good news of the Islamic State’s expansion to Khorasan (a region encompassing Afghanistan, Pakistan, and other nearby lands). Therefore, we call upon all the mujahideen in Khorasan to join the caravan of the Khilafah [caliphate] and abandon disunity and factionalism.

Adnani mocks Western attempts to stem the attacks from ISIS and calls on European Muslims to intensify their attempts to cause terror and loss of life in their home countries.

We renew our call to the mujahideen in Europe and the disbelieving West and everywhere else, to target the crusaders in their own lands and wherever they are found. We will argue, before Allah, against any Muslim who has the ability to shed a single drop of crusader blood but does not do so, whether with an explosive device, a bullet, a knife, a car, a rock or even a boot or a fist.

Adnani takes delight in the chaos and fear sown by recent attacks, most notably the Charlie Hebdo attacks in Paris, but also the café hostage-taking in Sydney and foiled plots in Belgium.

Indeed, you saw what a single Muslim did with Canada and its parliament of shirk, and what our brothers in France, Australia, and Belgium did. …And there were many others who killed, ran others over, threatened, frightened, and terrorized people, to the extent that we saw the crusader armies deployed on the streets in Australia, Canada, France, Belgium, and other strongholds of the cross to whom we promise–by Allah’s permission–a continuation of their state of alert, terror, fear, and loss of security.

The statement wraps up by promising worse attacks and gloating over the death of Saudi King Abdullah.