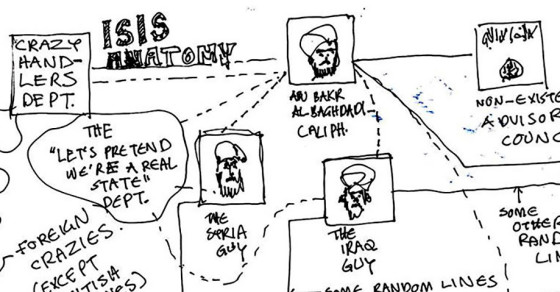 This Anti-ISIS Joke Is So Funny, the State Department Retweeted It
By Sarah Kaufman

This Anti-ISIS Joke Is So Funny, the State Department Retweeted It 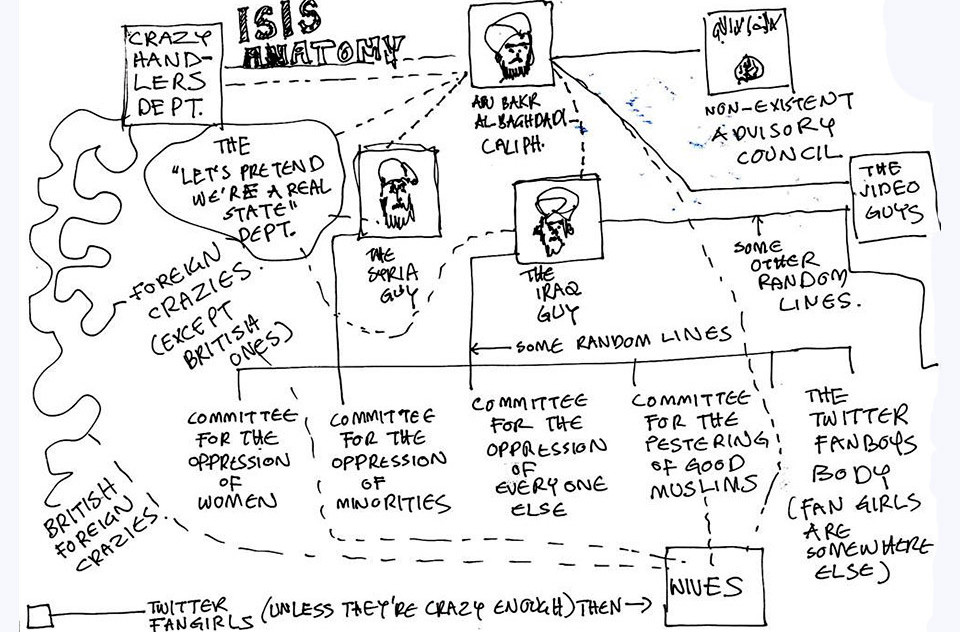 Is ISIS a joke? The U.S., its five Arab allies and the thousands of people they’ve displaced, terrorized and killed don’t seem to think so. Monday marked the most intense and widespread air campaign against the extremist group since the U.S. began bombing parts of Iraq months ago. But in times like these, there’s still a way to find a good laugh.

To that point, here’s the best ISIS joke on Twitter right now. It’s a too-real guide to the extremist group drawn by Lebanese satirist Karl Sharro that mocks what he sees as the actual ridiculousness of the group’s structures, a series of “pretend” and “nonexistent” entities, by his reckoning:

As Sharro tells Vocativ, his inspiration was a CNN report on the “anatomy of ISIS”:

The anatomy of ISIS: How the 'Islamic State' is run, from oil to beheadings: https://t.co/43B3p4BJ4W https://t.co/w4vVp1axKP 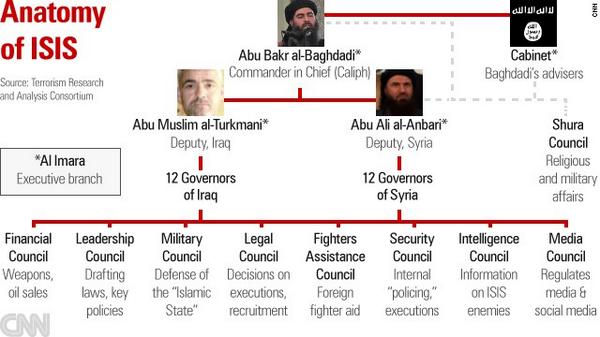 CNN gave a prelude to that report in early September that was mocked extensively on Twitter.

You know things are bad when CNN whips out the Tree of Terror. https://t.co/VQ0tZKV6z2

It’s a small, odd honor that Sharro himself finds more bizarre than anything else. “Maybe it’s a good thing that they have a sense of humor,” he says. Ultimately, though, he feels the State Department should focus less on the social media wars than the serious stuff—like, you know, policy? “Leave it to amateurs like me,” he says, “to do all the mocking.”