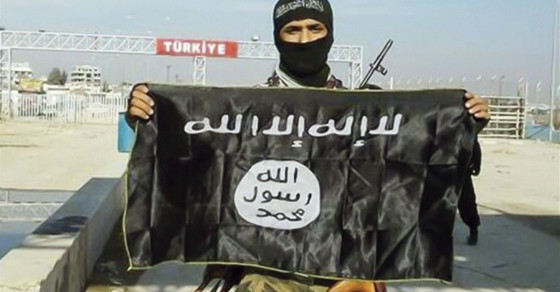 When ISIS posted a video of the immolation of Jordanian pilot Muath al-Kaseasbeh, it already knew it would face a backlash in the Islamic world. The video of al-Kaseasbeh’s execution in a blaze of flame was circulated around 11:30 a.m. EST. Just 10 minutes later, a list of talking points for supporters—a sort of crisis management plan—was circulated, describing how to justify the latest execution under Islamic principles if questioned.

The forum post was entitled “Moaz Was Burnt Alive, Below Is the Islamic Justification for Such an Act.” The post purported to prepare its online defenders to answer questions that may arise from the video and the means of execution portrayed therein. The user who created it, a moderator on the Al-Platform forum, said: “People are going to ask themselves whether or not this is approved by religion. Some can claim that religion is not approving of burning people, and nor the Sharia or common sense.”

The post continues, “Most scholars think nowadays it is fine to burn the victim.” It tries to shrug off the fact that the Quran expressly prohibits the burning of captives.

No actual religious basis for the justification of the execution is provided. Instead, it focuses on the means to deflect arguments, saying: “This is what you should say if confronted about these actions.”

A lot of talk of killing by burning being forbidden in Islam. Like the rest of #ISIS behaviour can be justified using the Quar'an.

Later on, other forum members jump in with their own religious justifications, derived from Quranic script. Debate like this is relatively rare, but many supporters questioned the justification for the beheading of Peter Kassig, a U.S. captive who converted to Islam in captivity.

Jordan has vowed revenge for the attacks, with reports suggesting that ISIS captives in Jordan will now be executed. King Abdullah, who was on a trip to the U.S. at the time the execution was announced, has cut his trip short and will return to Jordan.