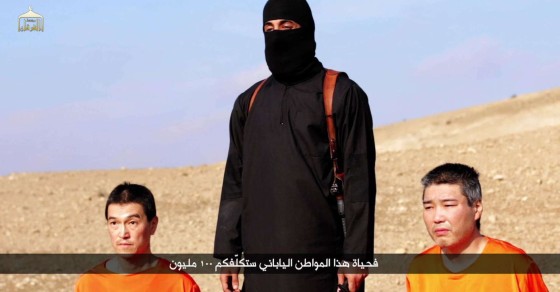 Islamic State militants confirmed Sunday they had decapitated one of two Japanese hostages after the Japanese government declined to send the ransom of $200 million the group had demanded within a 72-hour deadline.

“The Islamic State has carried out its threat,” a spokesman said on al-Bayan, the ISIS radio service. “It has executed Japanese hostage Haruna Yukawa after the expiry of the deadline given.”

A video emerged Saturday that purported to confirm the death of Yukawa and offered a bargain to save Kenji Goto, the other hostage. Vocativ found inconsistencies between the video and previous propaganda videos released by ISIS, which raises questions about its veracity.

While those inconsistencies stand, the current announcement was disseminated through the official ISIS forum, Tribune Media Jihadist, Sunday afternoon, suggesting that ISIS did execute Yukawa as stated.

Japanese Prime Minister Shinzo Abe released a statement Sunday morning in which he demanded Goto be released, unharmed, immediately. He said the Japanese government would “never give in to terrorism and will actively contribute to the peace and stability of the world, together with the international community, in an unwavering manner.”