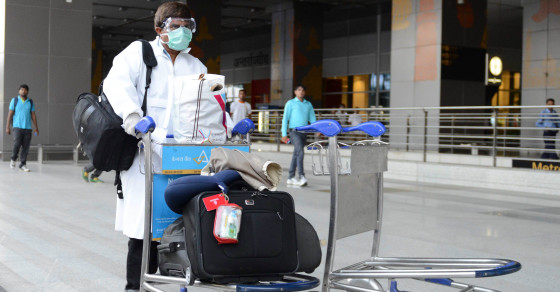 Boneheaded ISIS Threat: We Will Infect U.S. With Ebola
By Sarah Kaufman

Boneheaded ISIS Threat: We Will Infect U.S. With Ebola 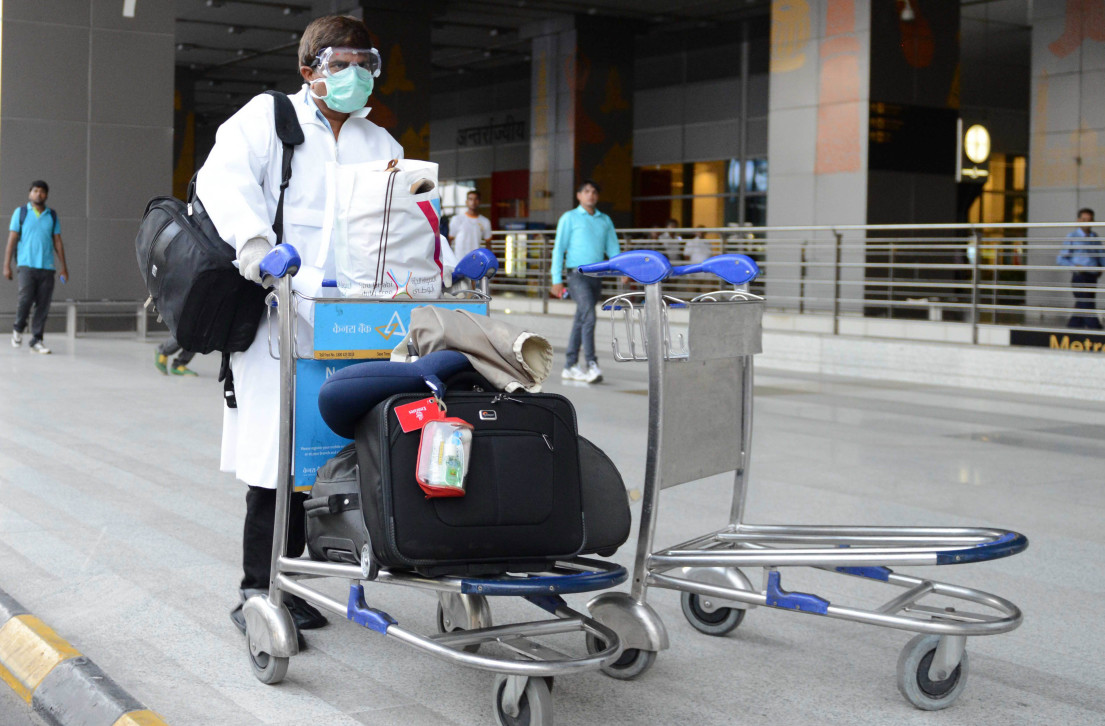 It seems every week there’s a new report about a threat ISIS has made against the United States and its allies. But of all the stories circulating about the terrorist group’s allegedly omnipotent reach, the most absurd has to be an ISIS plot to spread the Ebola virus in the U.S.

That’s the scheme one jihadi hatched recently on an official ISIS forum. But his plot to infect the group’s enemies is based entirely on boneheaded myths about the virus. In a post—titled “What Would It Take to Bring Ebola Into the U.S. and the ‘NATO Crusaders?'”—the writer, sounding like a scientifically challenged Dr. Evil, offers a list of ridiculous methods to transmit the deadly virus from Western Africa: “Take a bottle of Pepsi in a bag [with Ebola], and travel with it from Africa to the U.S. to pour the bottle into America’s water supply”; “infect ISIS soldiers with Ebola in Africa and have them travel to the U.S. to spread it across the country”; and “send Ebola in the mail like anthrax.”

A screenshot of the forum's post that threatens to spread Ebola to ISIS' enemies.

As any expert will tell you, none of these diabolical plans could be carried out. Take the Pepsi bottle theory. “Growing it and then ‘bottling’ it is not feasible, as the virus would start to die off once it loses contact with a living reservoir or body fluid,” says Jack Chow, service professor of global health at Carnegie Mellon University, in an email. A virus like Ebola survives only through bodily fluids passed on from one person to another. “You can’t just take the virus and pour it in a reservoir, and expect everybody in the city to get sick,” says William Schaffner, an infectious disease specialist at Vanderbilt University.

Nor is it possible to send Ebola through the mail like anthrax. Whereas anthrax is a bacteria that can be transmitted via powder, Ebola is unlikely to live outside a host. “I don’t know that the virus can even survive in the mail,” says Schaffner.

Schaffner also believes it’s doubtful that an ISIS soldier could start an Ebola outbreak in the U.S. The most likely way to spread Ebola would be for an infected fighter to head to an emergency room without telling anyone he’s carrying the disease. That could potentially spread the virus to health care workers, Schaffner says, but even that scenario is far-fetched. Ebola symptoms can surface after just a couple days. By the time a would-be martyr reached the U.S., he’d probably be too ill to make it past customs. “Once the serious symptoms begin, the patient typically becomes too incapacitated and cannot go further,” Chow points out.

All of which isn’t to say that ISIS online forums don’t contain credible threats. Users associated with ISIS in the past month have posted genuinely plausible pipe bomb recipes for “lone wolf” attacks on the U.S. and threatened to kill Twitter employees for shutting down their accounts. But an Ebola attack? Unless ISIS recruits an expert from the Centers for Disease Control, we’re fine.