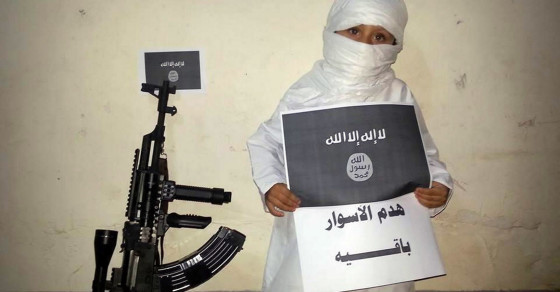 Why ISIS Used A Child Soldier For Its Latest Execution Video 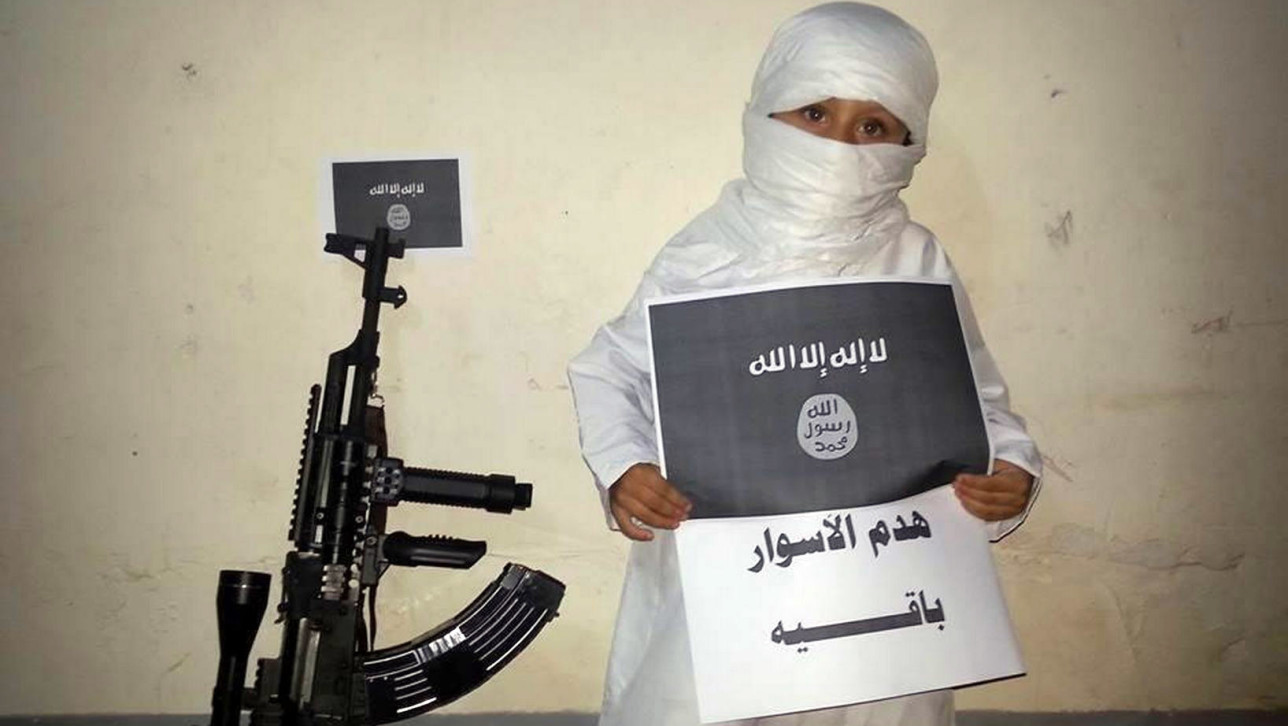 Al Hayat Media, the official media wing of the Islamic State, released a video Tuesday featuring a child soldier shooting two supposed spies from the Russian Federal Security Service in the back of the head. The boy then repeatedly fired on the two flailing men until they lay motionless. An older, bearded fighter announced the spies’ deaths and called the boy a “lion cub.” The child raised his gun in the air, beaming with pride.

So why would ISIS use a child in an execution video like this?

ISIS wants to be the most dangerous terror group in the world’s mind. ISIS already sends ripples of shock and fear around the world when it kills its enemies. Now it’s suggesting that dispatching captives is child’s play.

“It’s done purely for shock value, to ensure there’s a reaction from western media,” says Charlie Winter at the Quilliam Foundation. “ISIS is trying to drum up as much of a reputation for itself as it can get, so it can surpass groups like Al Qaeda as the new global jihadist entity that everyone thinks of when there’s an attack.” Basically, ISIS is just trying to get in your brain and stay there.

ISIS is noted for bringing children to its training camps. There, they not only learn military tactics and basic fighting skills, but also receive constant and powerful indoctrination in ISIS values. “These are indoctrination centers as much as anything else,” Winter says. “They’re given a very narrow view of the world, which they are completely committed to. They’re given a jihadist view of what Islam is, as opposed to any other view.”

The boy here appeared previously in an official ISIS video released in November showing a children’s training camp in Kazakhstan. The United Nations. reports: “Education is employed as a tool of indoctrination, designed to foster a new generation of supporters.” Choosing a child from an indoctrination center to star in an execution video, which itself will appear at such centers, is a direct and compelling message to the pupils. ISIS has, in short, created a role model for the younger jihadis under its tutelage.

The extremist group owes its propaganda success largely to its ability to appeal to children and teens through social media. According to a U.N. report from November 2014, ISIS “prioritizes children as a vehicle for ensuring long-term loyalty, adherence to its ideology and a cadre of devoted fighters that will see violence as a way of life.”

Another technique ISIS uses to recruit kids is the dissemination of its propaganda through the tweets of young jihadis with star power in certain circles. “They are very inspiring images, very inspiring individuals,” said Rita Katz, co-founder of SITE (an intelligence group working to crack down on jihadi social media), to CBS News in August. “[They were] individuals that were followed that were celebrities in the West. Now they are celebrities of jihadist. They are all over Twitter, inciting for killing others.”

“I don’t know how much appeal an execution does have and would have for a child, even if they had been brought up to view the world through a jihadist lens,” Winter says. Instead, he believes, the visuals of the act are targeted at adults. “I think this is more about demonstrating the power ISIS has over the people.” For strategists, experts and (more than anyone else) parents, the power of these images is unavoidable—they show the terror group’s capacity to turn anyone, even an innocent, into a threat.

Despite all the group’s propaganda, ISIS is actually losing manpower. The terror group reportedly had between 20,000 and 31,500 fighters across Iraq and Syria in September 2014. In recent months, however, it has allegedly lost 1,400 soldiers in the northern Syrian city of Kobane.

Some experts think ISIS’ struggle with manpower is the prime reason behind the group’s utilization of children in its propaganda videos. “I don’t think there’s anything to it. They use whoever they have access to,” says Clint Watts, senior fellow at the Foreign Policy Research Institute. “It could mean they’re light on manpower and they need to bring children into the ranks. And the children are more vulnerable.”

Watts says ISIS is trying to cover a large swath of land, and it has only so many fighters to do it with. “They have a dwindling number of people, so they’re going to start taking in as many people as they can,” he says. It seems what may be a signal of ISIS’ profound power to manipulate and indoctrinate might also be an indicator of the group’s rising desperation.