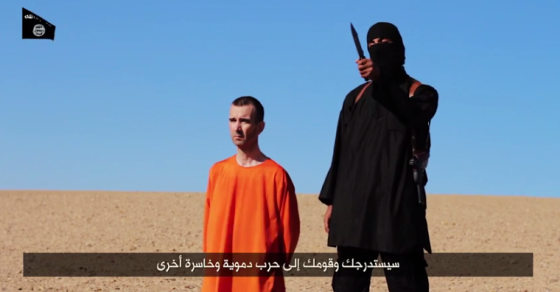 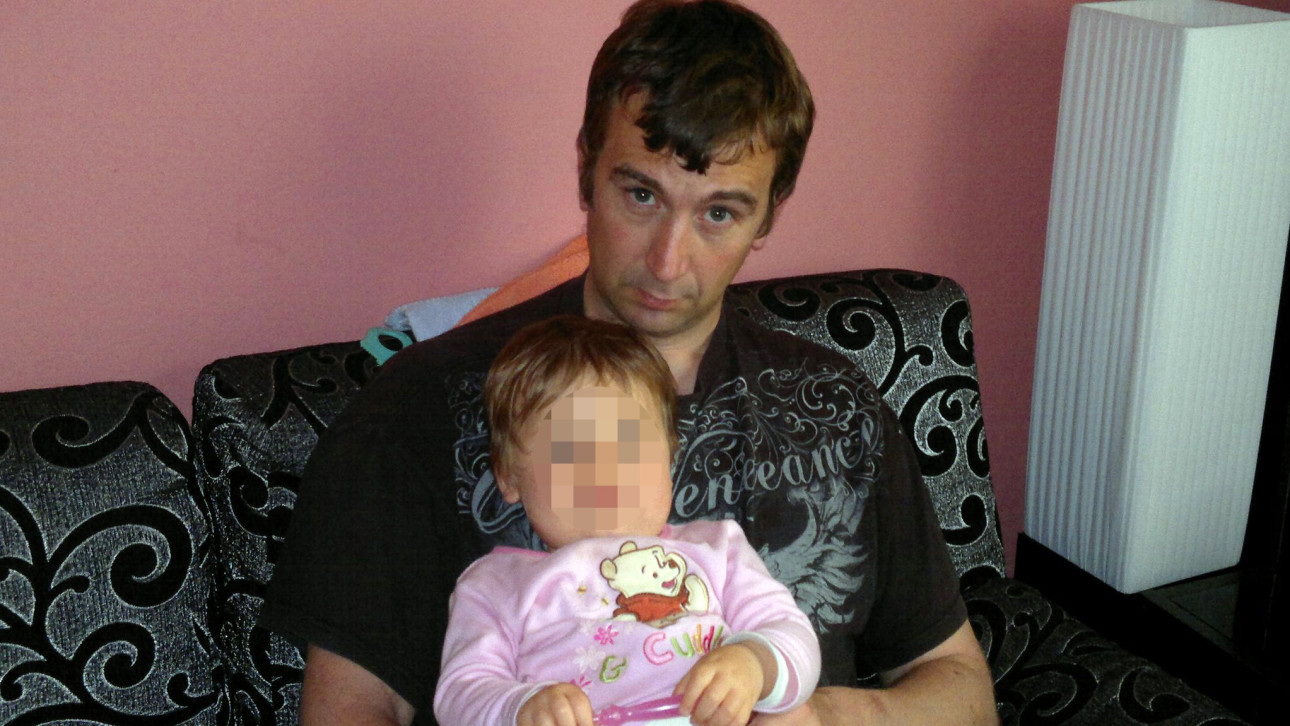 The video, which has since been taken down from YouTube, starts with the words “a message to the allies of America.” With the executioner standing over his shoulder, Haines then says: “I would like to declare that I hold you, David Cameron, entirely responsible for my execution. You entered voluntarily into a coalition with the United States against the Islamic State.”

Haines becomes the third Western hostage beheaded in the last month by ISIS. He was shown at the end of the last ISIS video, on Sept. 3, in which U.S. journalist Steven Sotloff was beheaded. The latest video ends with another hostage, named Alan Henning, who is believed to be a British aid worker, being paraded in front of the camera.

The latest video is filmed in similar style to its two predecessors. An orange-clad hostage kneels in front of a masked executioner who is dressed in black and is holding a knife. However, this time the message delivered by the executioner is different. The video is not directed at President Obama, but rather British Prime Minister David Cameron, seemingly for his pledge to aid the U.S. and its allies in its fight against ISIS.

“This British man has to pay the price for your promise, Cameron, to arm the Peshmerga against the Islamic State,” says the executioner, referring to the Kurdish army in Iraq. “Your evil alliance with America, which continues to strike the Muslims of Iraq and most recently bombed the Haditha Dam will only accelerate your destruction. And playing the role of the obedient lapdog, Cameron, will only drag you and your people into another bloody and unwinnable war.”

The full transcript of the video, the third released in the past four weeks, is available here. As with the previous beheading videos, the executioner has a British accent. The background is, again, desert terrain, but the specific location appears to be different than the previous two.

As with the previous beheadings, they have been announced by ISIS in their main forum. Video links are posted and hashtags are listed that members can use to spread the word on Twitter. Some ISIS supporters typically cheer the announcements of killing, as they again did on Saturday.

“Obama gave dozens of speeches, and also the U.N. Security Council. The [same] from the Hebrew League [a mocking of the Arab League] and the EU. The Islamic State responded with less than three bloody minutes.”

“The bloody messages which started with the American infidel will not be ended and will continue with a Saudi one.”

Earlier this week, ISIS put out a call in its forums for followers to assassinate Twitter executives in the U.S. and Europe, in retaliation for the company shutting down some of its accounts.