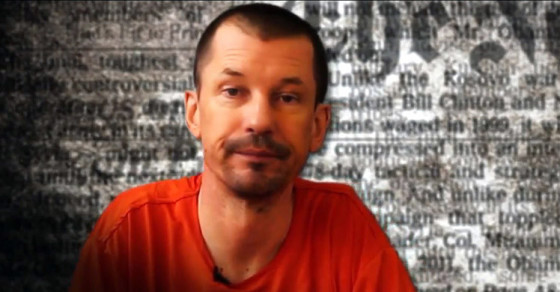 2014: The Year ISIS Won the Propaganda Battle
By Markham Nolan 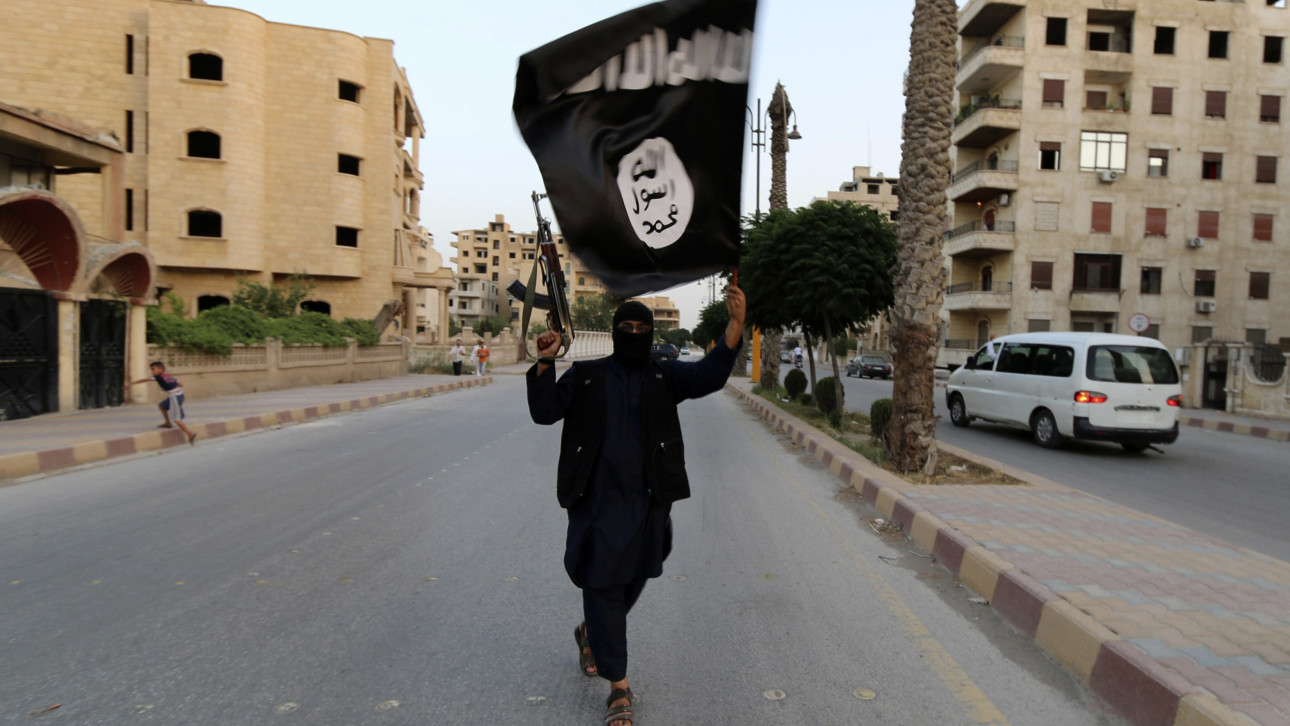 2014 was the year of the most effective propaganda campaign in living memory. In its breadth, in its innovative use of lo-fi communications tools, in its simple distribution mechanisms, in its innovative hackery, in its disruptive use of social media and in its consistency of message, the Islamic State’s media organization was a world-beater. No single other organization dominated headlines in similar style, or in quite as all-encompassing a fashion (and, I’d wager, for as little cash outlay). But is the media blitz over, and will ISIS sink below the radar in 2015? Probably not.

In evolutionary terms, ISIS is a forking-off of Al Qaeda, an organization whose media messaging will forever be tied to grainy VHS videos of its cave-dwelling figurehead, Osama bin Laden, smuggled down from the mountains and distributed to Western media. For ISIS to have dominated social media and created a news delivery system so effective that the group seems, in coverage terms, to be the most unstoppable killing machine we’ve seen in living memory (reminder: The Taliban are still more effective killers) is extraordinary.

All year long, as its influence and sphere of actual, on-the-ground domination have grown, ISIS has been documenting its progress in a constant stream of propaganda. Furqan media, the group’s communications wing, has grown in stature. The year opened with jihadis bantering with one another and bemused onlookers via a variety of popular social media platforms. They fielded questions. They took time to make their Instagram feeds beautiful. They bitched about who stole the M&Ms.

This was a new window into a battlefield, the likes of which no one had ever seen. Middle Eastern and European 20-somethings were literally live-blogging their insurgency. While the entire revolution in Syria was buttressed by a network of social media reporters bearing witness to the bombardments, this was something different. This was direct conversation with members of an invading force.

August was when ISIS media domination really hit its stride. On Aug. 19, a video showing the beheading of U.S. journalist James Foley was posted to YouTube. This gruesome clip marked a period of watching and waiting for Western journalists, monitoring YouTube channels and jihadi forums for ISIS to drip feed another grim but must-see, must-cover piece of content as the group depleted an inventory of Western captives. Those captives were, in the eyes of ISIS, simply vehicles for a message—disposables whom they would kill, issuing demands, threats and statements, the shock value of which would echo through the global media.

As a propaganda tool, the videos were brutally effective, with each one not just demonstrating the willingness of ISIS to commit cold-blooded murder to make a point, but also parading another victim at the same time, teeing up anticipation for the next installment. Foley had been missing in action for months, and his appearance caused most people to rethink where the remaining missing hostages in Syria might be. Using an English-accented executioner launched a thousand thinkpieces and investigations as to who Jihadi John was and where the next Jihadi John might come from. It projected the image of the ISIS fighter not as some evil foreigner, but as someone from your town, on your street, a plainclothes, lone wolf, local threat. ISIS was on your YouTube channel, and quite possibly your doorstep.

ISIS learned from its mistakes, too. When cyber-sleuth Eliot Higgins pinpointed where the initial beheading videos were filmed using items from the background as waypoints, ISIS changed up its MO, shooting forthcoming videos against a bland, level horizon that gave away nothing. Message to the West? We’re watching everything you say and adapting our tactics in kind.

2014 was also a year of enormous expansion for the Islamic State. Funded by the group’s plunder, and the oil reserves it began to control, ISIS could attract “talent” effortlessly. And it wasn’t just recruiting foot soldiers, it was recruiting media operatives. With the tweet below, posted on Oct. 26, (the account has since been deleted), ISIS announced it was hiring sound engineers and experts in 3D Max, a piece of computer graphics software.

In this tweet (from an account deleted in November), ISIS put out a call for developers and computer graphics specialists.

The group’s videos improved in production values quite dramatically as a result. From a starting point of grainy, shaky, POV one-offs, by end of year ISIS was turning out lavishly edited feature documentaries with animated graphics. One “lucky” captive, British journalist John Cantlie, was spared beheading and used as a puppet, presenting a series of ranty monologues on behalf of his captors in an orange jumpsuit, reminiscent of the prisoners at Guantanamo Bay.

It wasn’t all victories for ISIS, however. As its clout grew, so did the scale of the attempt to shut down the group. Twitter began playing a game of whack-a-mole with identified jihadis posting on the platform, which they continue to circumvent by changing characters in their usernames incrementally. Facebook also began deleting profiles of proselytizing jihadis or identified fighters.

Question-and-answer platform Ask.fm, meanwhile, was used largely as a means to chat with curious teens about conditions on the ground in Syria and Iraq. Active ISIS fighters would field questions about the food, how to get into Syria and what group was best to join for battle, all in a casual, peer-to-peer style. Of course, that all came tumbling down when Internet giant IAC acquired Ask.fm—a site with 180 million users, creating 670 posts every second. IAC vowed to cut out the bullying that had plagued the site and stamp down the terrorist-friendly posting, which was starting to make all the wrong headlines. Jihadi accounts began to be blocked as a result.

But it didn’t matter. ISIS had other avenues and plenty of people willing to help the group keep the message out there. An app, created internally by the ISIS hacking team, allowed other people to “donate” their Twitter accounts temporarily for the ISIS cause and lend the Islamic State broader amplification. ISIS messaging would also piggyback on popular Western hashtags in a bid to inject current ISIS imagery into the streams seen by people searching for news and cultural events.

Looks like the hashtag #JSIL is monitored by a couple of bots who spam anyone using it with ISIS related tweets.

If that wasn’t enough, the group would issue instructions using one of the many forums through which it communicates. But as the year wore on, part of the message from the jihadi leaders to their foot soldiers became: “Stay off social media if you know what’s good for you.” Initially, that was in response to U.S. airstrikes, which prompted a list of stay-safe commandments from Nusra Front leadership to avoid accidentally tipping off the world to the locations from which they were operating. A retreat from what was, essentially, the live-tweeting of an invasion makes perfect sense for the Islamic State. Its prolific use of social media has allowed them be tracked and profiled. For example, we tracked several U.S.-based sympathizers on the back of their Facebook relations with several high-profile clerics known to use social media to recruit fighters.

Some people didn’t get the memo, however—among them this recent New Zealand recruit, who accidentally tweeted his location as Kafr Roma by leaving geolocation on his phone.

The “don’t get bombed” tip sheet was posted to a now-familiar location: JustPaste, one of many online text repositories where users can anonymously dump notes, statements, links—any messages they like, in essence. The sites would often be used as rallying points to disseminate videos. As soon as a video was released, a JustPaste link would be used to distribute links for forum posts and mirror hosts for every video, so that no matter how quickly YouTube tore them down, the broader ISIS support network would put them back up. Their use by jihadis prompted India’s government to add JustPaste, Pastebin and others like them to a list of sites to which ISPs across the subcontinent must block access. (That, it turns out, was a dick move for a country whose startup culture is world renowned and works largely on paste dumping.)

Even in its beloved forums, ISIS faced a battle. One forum host told Vocativ that his forum had been hijacked by the jihadis, prompting him to take the bold move of taking the forum offline over safety concerns. He told us of the problems of constant outages battles with ISPs as he struggled to maintain control and moderate the content on what had become a giant jihadi watercooler. With more audacious threats posted there (including an exhortation to bomb Time Square), the forums became a focal point for Western media and a window into the Islamic State’s comms.

For that reason, it’s no surprise that they’ve clammed up. No tactically astute organization gives up everything about its movements in real time—it’s simply madness. Even ISIS apologized when the group broke its own embargo in September and published the video of Steven Sotloff’s beheading prematurely.
ISIS then stopped promoting its victories publicly, for reasons we don’t yet know. Up until the middle of the year, the group was recording its wins and kills in public—and in detail. That all ended quite abruptly.
So what does 2015 hold? The constant back-and-forth between journalists and “soft jihadis” has largely stopped, and Syria and ISIS are proving inaccessible to the media and, thus, to the world at large at this point. The ISIS propaganda missives continue, but the “behind the curtain” view is somewhat curtailed. ISIS faces a war on many fronts in 2015, and while the establishment of a caliphate remains on the group’s list of resolutions, it’s unclear how open a window we’ll have into its affairs.