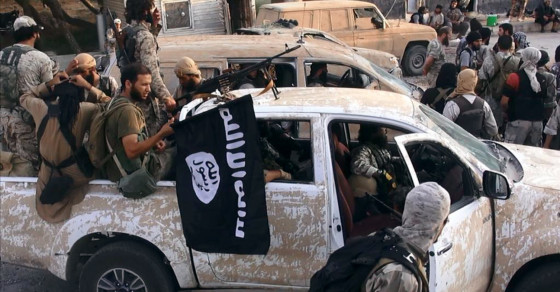 How Many Fighters Does ISIS Have?
By Ross Keith

How Many Fighters Does ISIS Have?

Nobody knows how big ISIS is—especially not Jeb Bush.

Bush said on Wednesday that ISIS has around 200,000 fighters, a drastic jump from the CIA’s latest figures. After people began to call out Bush on his math, an aide told the Daily Beast that Bush had misspoken and meant to say 20,000.

But what’s the real number? As the intelligence community and foreign officials have tried to put a finger on how many soldiers fight for the Islamic State, the amount of fighters has been shifting drastically. Therefore, results vary. Wildly.

How Many Fighters Does ISIS Have?

The CIA’s first estimate was around 10,000 to 20,000 fighters, but recent reports suggest that the number has quadrupled. Russia put the number closer to 70,000, but estimates from sources in the region have set the figure much higher.

Hisham al-Hashimi, a security expert in Baghdad, told Mashable last August that there were around 100,000 ISIS fighters, while Fuad Hussein, Kurdish President Massoud Barzani’s chief of staff, was quoted in November saying that ISIS could mobilize at least 200,000 fighters. Daveed Gartenstein-Ross, a senior fellow at the Foundation for Defense of Democracies, writes that figures of between 100,000 and 200,000 make sense, given the size of the population in Syria and Iraq that ISIS hopes to control. But as ISIS’ sphere of influence continues to spread, and as allied strikes continue to attack the group where it operates, the actual number of fighters is in flux.

Note: When ranges were given, the higher estimate was used.