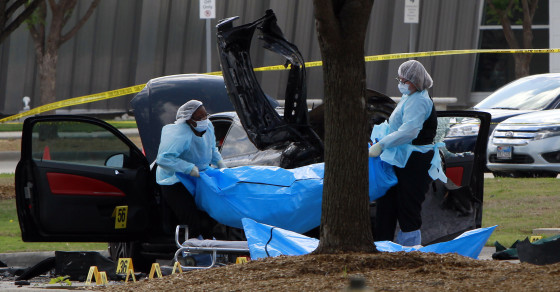 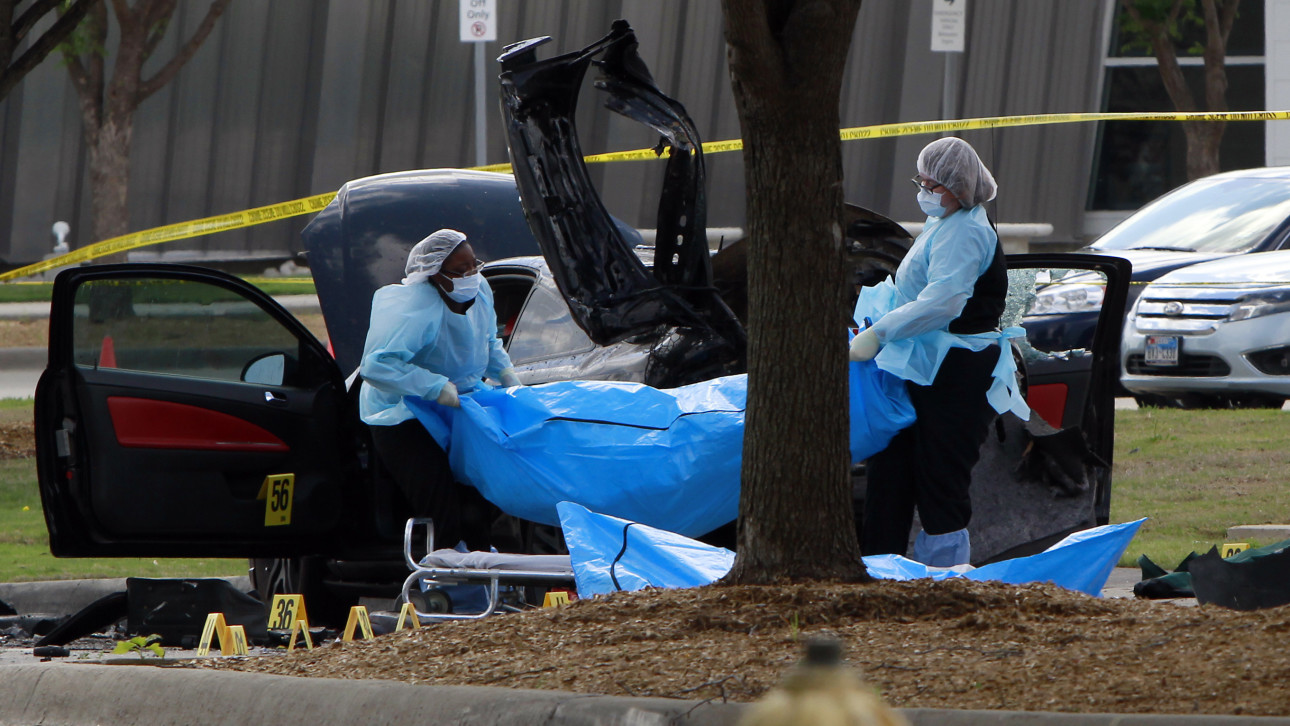 GARLAND, TX - MAY 4: Investigators remove a body as they work a crime scene outside the Curtis Culwell Center after a shooting occurred the day before May 04, 2015 in Garland, Texas. During the "Muhammad Art Exhibit and Cartoon Contest," an anti-Islam event, on May 03, Elton Simpson of Phoenix, Arizonia and another man opend fire, wounding a security guard . Police officers shot and killed Simpson at teh scene. (Photo by Ben Torres/Getty Images) — Getty Images
By Shane Dixon Kavanaugh with Leigh Cuen
May 04, 2015 at 11:12 AM ET

One of the two gunmen shot to death outside a Texas event featuring cartoons of the Muslim prophet Muhammad was the subject of a terror investigation by the FBI—and was a popular and active member of his mosque in Arizona, where he taught children about the prophet.

A federal official identified the suspect on Monday as Elton Simpson of Phoenix, ABC News reported. Authorities believe the 30-year-old man and his roommate, who remains unidentified, traveled to Garner, Texas, and opened fire at the controversial cartoon contest held by the American Freedom Defense Initiative on Sunday night.

The two gunmen wounded a security officer at the event before they were shot dead. Minutes before the deadly attack, a Twitter account that may have belonged to Simpson used the hashtag #texasattack to make a preemptive announcement.

Note: The photo used in Shariah Is Light Twitter account is not Simpson. It is Anwar al-Awlaki, an American and Yemeni cleric killed by a U.S. drone in 2011.

Simpson’s suspected ties to terrorist activity, however, go back nearly a decade, court records show. The FBI first began investigating Simpson in 2006, according to court documents. Over several years, he was recorded speaking with an informant about a plan to move to Africa to join a terror group. In 2010, he was arrested while trying to leave the country.

Despite the recordings, a judge ruled that federal officials did not have enough evidence that Simpson planned to join a terrorist group. Simpson was later sentenced to three years probation for lying to investigators.

News of Simpson’s arrest and the allegations he faced shocked members of the Islamic community in Phoenix, where he was lauded for being a teacher and active volunteer. “The most common references I hear about [Simpson] are humble, pious, well liked in the community and a regular attendee at masjid,” a friend of Simpson’s wrote in the AZ Muslim Voice in 2010.

The suspect was favorite among children, according to the article. “Kids adore him. He is always talking to the kids on their level, throwing a ball around with them, and playing games with him. They actually come home from their classes with some knowledge about the character of the Prophet Mohammed.”