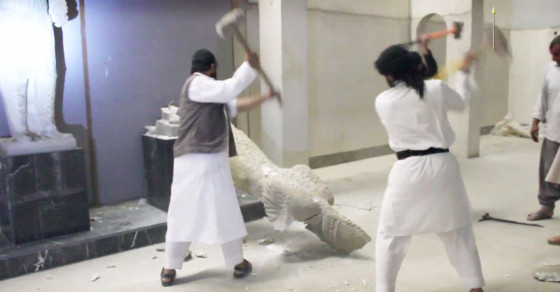 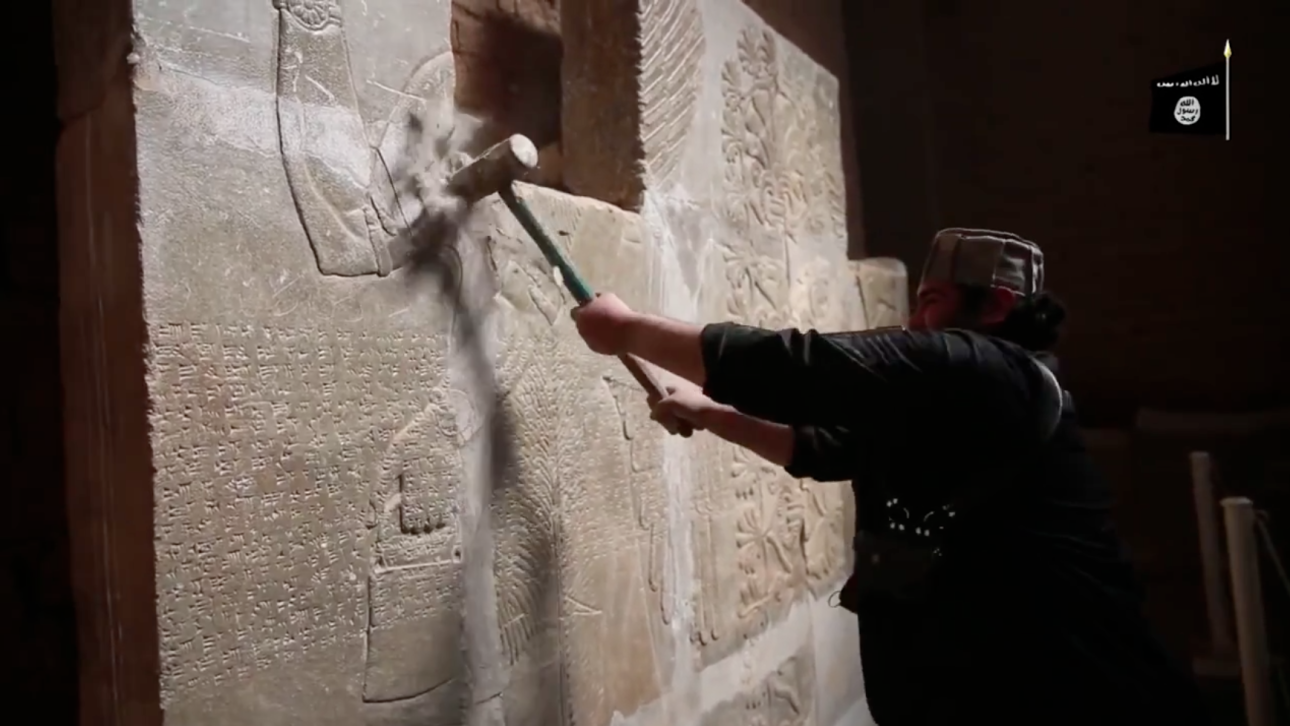 Rumors began circulating over the weekend that ISIS had planted bombs at the ancient ruins of Palmyra, preparing to blow up the latest world heritage site to fall into the extremists’ hands.

The chatter started on Facebook, where an anonymous user posted images of three red-capped bottles on a page dedicated to Palmyra’s “antique treasures.” The post claimed the bottles were explosives ISIS would use to destroy the Temple of Bel, which has stood in the ancient city since the 1st Century.

The Syrian Observatory for Human Rights echoed the report, adding that it was unknown “whether [ISIS had] mined the city in order to destroy the antiquities or to prevent the regime forces from [advancing].”

Experts weighed in, including Sam Hardy, a researcher who blogs about conflict antiquities. He noted that a “location photo” included in the original Facebook post appeared to confirm that the snapshot of the bottles was actually taken in Palmyra. But he added that he would not be able to confirm whether the explosives were real—until they were detonated.

URGENT PREPARATION FOR BLOWING UP BEL TEMPLE . Photos just in

Such is the challenge with confirming events inside a warzone that is off limits to experts the world relies on to verify information. Without access to much of Syria and chunks of Iraq, international experts and observers have been relying extensively on second-hand information for a sense of what’s happening on the ground.

Indeed, not even UNESCO, the United Nation’s body responsible for monitoring and preserving world heritage, has publicized any tally of sites damaged or destroyed in Syria and Iraq over the course of the ongoing conflict. Spokesman Roni Amelan said that without real access, the organization’s ability to independently verify reports has been limited. “Although UNESCO is following events, we are not in a position to provide a full assessment of the extent of damage,” he said.

Still, UNESCO has sounded the alarm over ISIS’ efforts to “culturally cleanse” areas under its control—especially since the militants turned their bulldozers and pickaxes on some of the most high-profile heritage sites in the world, claiming they were symbols of idolatry.

Yet these high-profile cases—including intentional destruction at Mosul’s museum, the ancient cities of Hatra and Nineveh—are just a drop in the bucket. The scope of war-related destruction in Iraq and Syria is widespread, affecting everything from ancient ruins featured in tourist guidebooks to barely known rural cemeteries. The number of sites damaged or destroyed only multiplies when those wrecked by general warfare or looted by civilians desperate for money are factored into the tally.

The Syrian Heritage Initiative, which rounds up and analyzes damage to cultural and historical sites in the region, has documented hundreds of cases of reported destruction, including at least 70 at the hands of ISIS since just last year, according to an analysis by Vocativ.

A look through their reports sheds light on the challenges experts face confirming that claims of destruction are actually true. Often the only evidence is a photo of rubble, or a vague report that a certain shrine in a certain village under ISIS-control has been destroyed. The group of experts then tries to corroborate the information using anything possible, from satellite imagery and social media photos to local news reports and ISIS’ swaggering propaganda. But it is murky work and often a full confirmation is just not possible.

Hardy, the Conflict Antiquities blogger who does similar work, says that false information is frustratingly common. “You will get a fourth-hand report of something and it becomes more and more [certain] every time it is repeated,” he said. In this way, a report about the sound of an explosion near an archeology site can morph into a report that ISIS bombed the site as the story gets shared and re-shared, he added.

Also complicating matters is the fact that some sites are referred to by multiple names. This created confusion when ISIS attacked a house of worship in Mosul, which was variously described in initial English-language reports as a church, a convent, a nunnery and a monastery. Some early reports placed it in a suburb in northern Mosul, while others placed it in a village. Some referred to it as Sacred Heart, while others referred to it as St. George or Mar Girgis or by other names, depending on the translation.

The matter was not settled until experts sifted through reports of the destruction and finally determined that one site—the Victory Convent of the Chaldean Sisters of the Sacred Heart in Mosul, Iraq—had indeed been destroyed.

“The sheer lack of direct access, either for international observers or local professionals,” makes verification difficult, Hardy said. The sheer abundance of second-hand information sometimes makes that even harder.