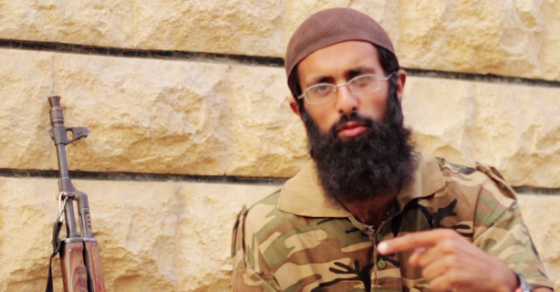 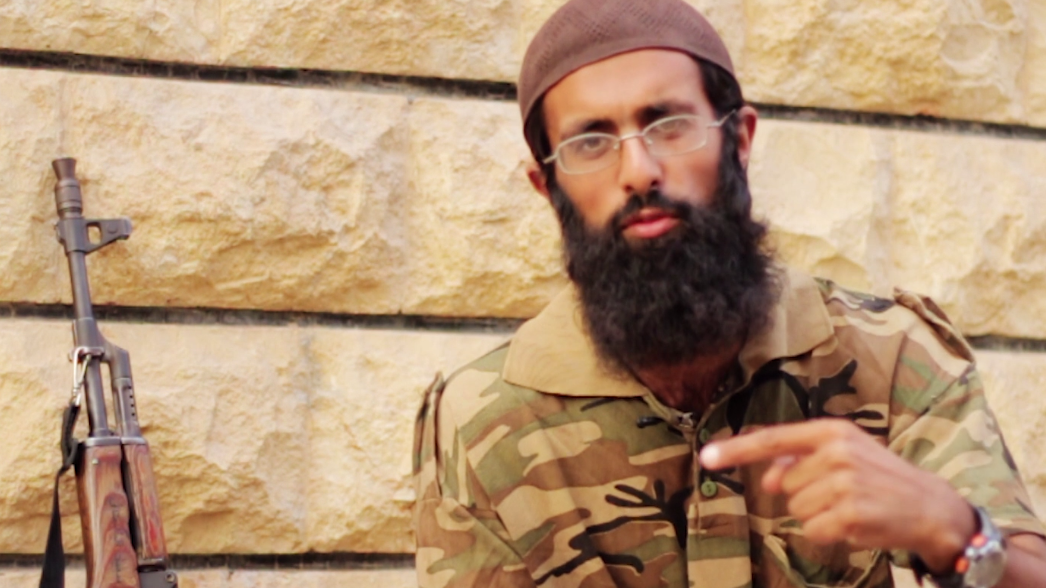 ISIS released two videos on Friday, the second of which depicted the beheading of British citizen Alan Henning. In a gruesome but now familiar fashion, Henning knelt in the sand, delivering a few lines of anti-Western rhetoric before being brutally killed. American Peter Edward Kassig was paraded as the next potential victim.

Alan Henning, kneeling in the sand before being beheaded by a British ISIS fighter.

The video was directed squarely at the United Kingdom, featuring British news excerpts, with the black-clad killer name-checking David Cameron in his speech to the camera. The movie seems to have been carefully shot to avoid any giveaways as to location, with a featureless background sloping up to a flat, nondescript horizon.

The other video, also narrated by a British fighter, was entitled “Message of the Mujahideen.” In it, the fighter preaches to the camera, again addressing U.K. Prime Minister David Cameron (referred to as a “despicable swine”) and challenging him and his forces to “fight like men.” The fighter was named as “supermarket jihadi” Omar Hussein from Wycombe in England by British news outlet ITV.

“If you were real men,” he says, “you will [sic] send all your forces down on the ground. You would bomb us from the sky.”

He adds, “You are fighting people who love death more than you love life.”

The video descends into a recruiting screed. The fighter, whose right arm appears to be in a cast to above the elbow, tells would-be recruits, “The caliphate has been established.” He also asks his Muslim brethren what the “land of the kuffar [infidel]” has to offer them. It’s reminiscent of the Monty Python sketch where Reg, from the Judean People’s Front, asks his trainees, “What have the Romans have ever done for us?”

“We have the Islamic State over here. We’re fightin’ jihad. We’ve got ribaat [another word for ‘jihad’ or the guardianship of Islam],” he says, urging followers to go and read passages of Islamic texts.

Propped on the wall beside him is an AK-47, and as the video progresses, he urges those who would travel for jihad but can’t to instead create terror in their homeland.

The language mirrors recent missives from ISIS in which the extremists urge lone wolves to launch attacks in Western countries, targeting both Times Square and employees of Twitter.