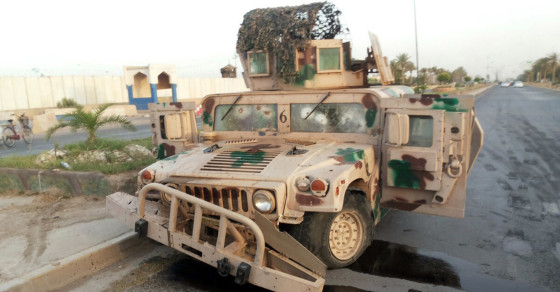 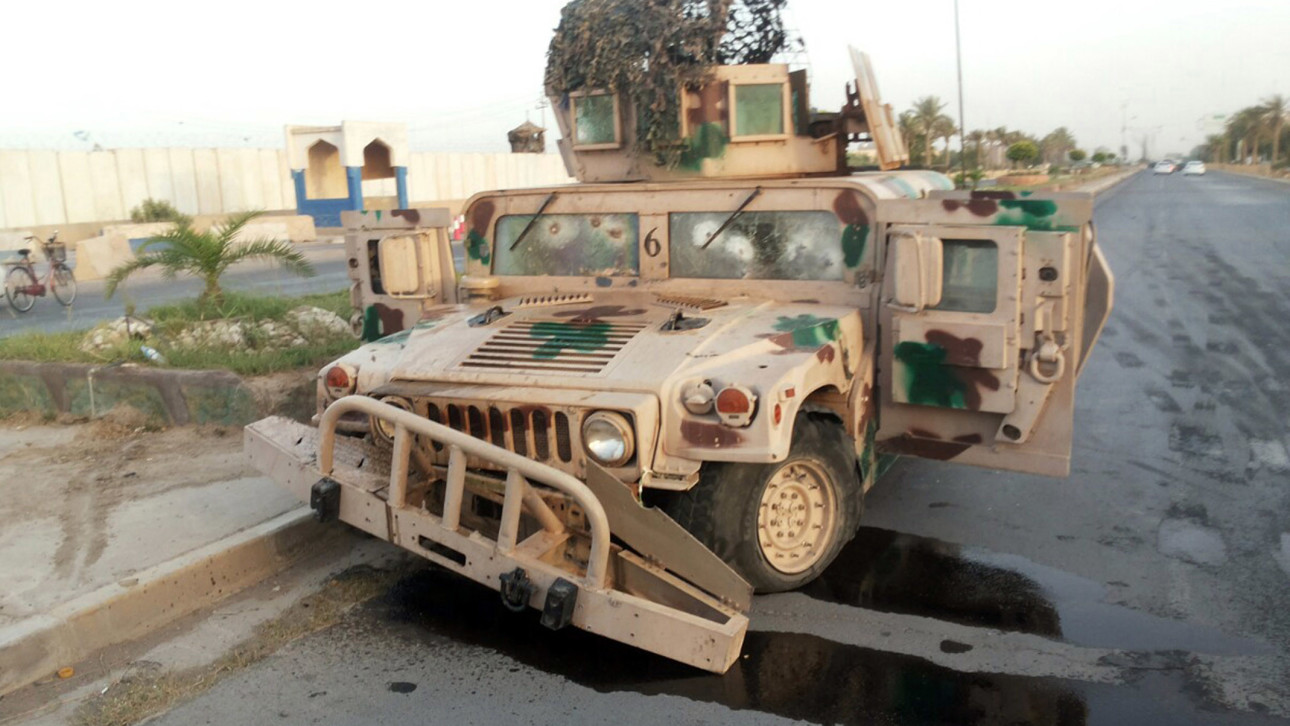 Foreign policy observers are calling it Iraq War III: Radical Sunni insurgents fighting under the umbrella of the Islamic State of Iraq and Syria (ISIS) on Tuesday stormed Mosul, taking over Iraq’s second largest city, and have overrun several other key cities. The Al Qaeda-associated rebels are consolidating power as they unleash a wave of violence across the country—which reportedly has included mass beheadings.

Thousands of Mosul residents fled the city as insurgents claimed government buildings and military vehicles. The United States supplied the weaponry to the Iraqi government as part of America’s post-invasion military aid.

A rumor quickly spread that ISIS militants had captured a Black Hawk helicopter, a high-tech fighting machine worth about $6 million. Above, the social-media savvy rebels fueled the gossip with a post on ISIS’s Twitter account, writing “Soon, Inshallah” (God willing) next to a picture of a Black Hawk. (The post has since been taken down.) The U.S. government, however, flatly denies the claim. “We’ve never sold the Iraqis Black Hawk helicopters. That’s misinformation,” Commander Bill Speaks of the Department of Defense tells Vocativ. Speaks says the terrorists in Mosul mostly seized “Humvees, trucks and some small arms.”

Black Hawk or no, the rebels immediately took to Twitter to celebrate their triumph in Mosul:

Someone in ISIS bakes a cake to celebrate the fall of Mosul! (via @TomWyke) https://t.co/HOjeY6TfAQ 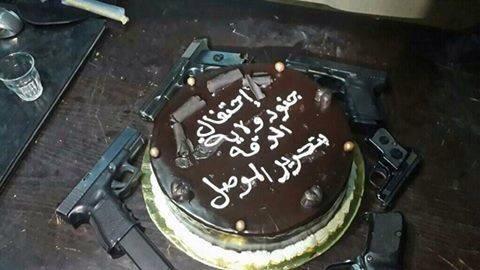 The cake’s inscription reads: “Celebration of the soldiers of Wilayat Raqqa, for the liberation of Mosul.”

The official ISIS account circulated images on Thursday of precious cargo that is allegedly now in rebel hands, some of which was confirmed by reporters. On Friday, Iraq’s Ministry of Communications blocked Twitter, Facebook and YouTube, a move that some experts see as an attempt to stop the militants from using social media to spread propaganda. 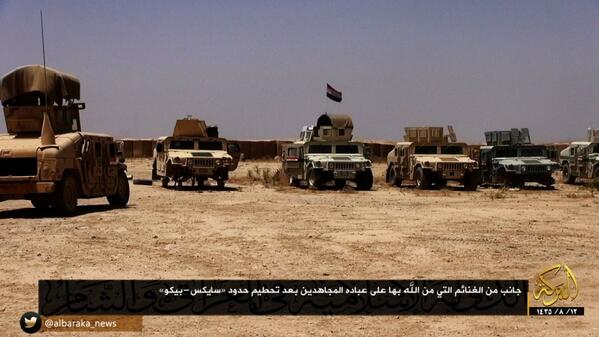 [email protected] Finally the "US weapons in Al-Qaeda's hands" thing is factually accurate.

#ISIS operating two helicopters that were seized from Mosul in the area of Al-Minassa and Al-Massarif https://t.co/Ebk3GywQcG – Arabic

Though the Department of Defense confirmed the loss of Humvees and trucks like the ones pictured above, it’s difficult to confirm whether the equipment is, in fact, in the hands of the insurgents.

As for what kind of helicopters the U.S. did provide the Iraqi government, Speaks says the fleet includes OH58 Kiwas and the Scout Bell IA-407, both of which can be armed. There’s some debate about whether ISIS members could even fly the helicopters, should they capture any. But one intelligence analyst noted that Syrian pilots have defected to opposition groups in the past, so it’s not impossible that one or more of them joined up with ISIS.

In addition to looting military equipment, ISIS gunmen robbed Mosul’s central bank, reportedly leaving with 500 billion Iraqi dinars, or $425 million. That would make ISIS “the richest terrorist organization in the world—at least for the time being,” according to Money Jihad, a website that tracks terrorist funding. By comparison, the Taliban has an operating budget ranging from $70 million to $400 million, while Hezbollah has somewhere between $200 million to $500 million in its war chest.

So this is an M198 155mm towed howitzer allegedly in ISIS hands. https://t.co/0QeWpNEJeC 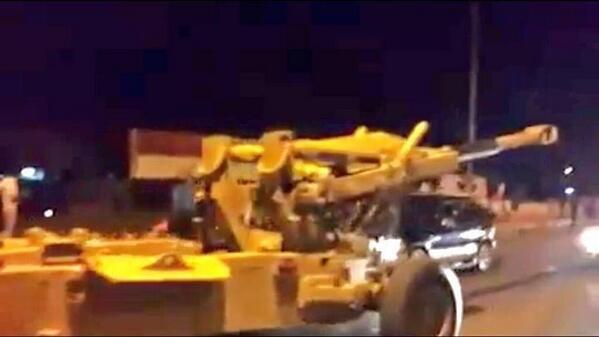 Friedman’s subsequent tweets indicate that Howitzers like the one above “saw service in the US Army and Marine Corps and the Australian Army. It’s US designed/manufactured. …So this may be the third Iraq war that Howitzer has seen. 1991, 2003, and now.”