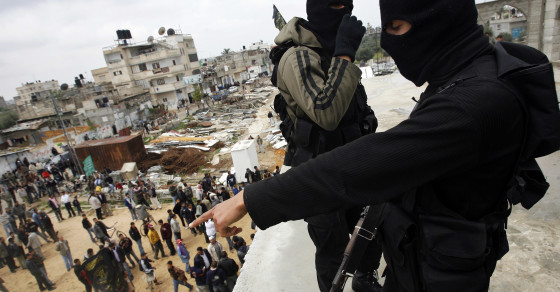 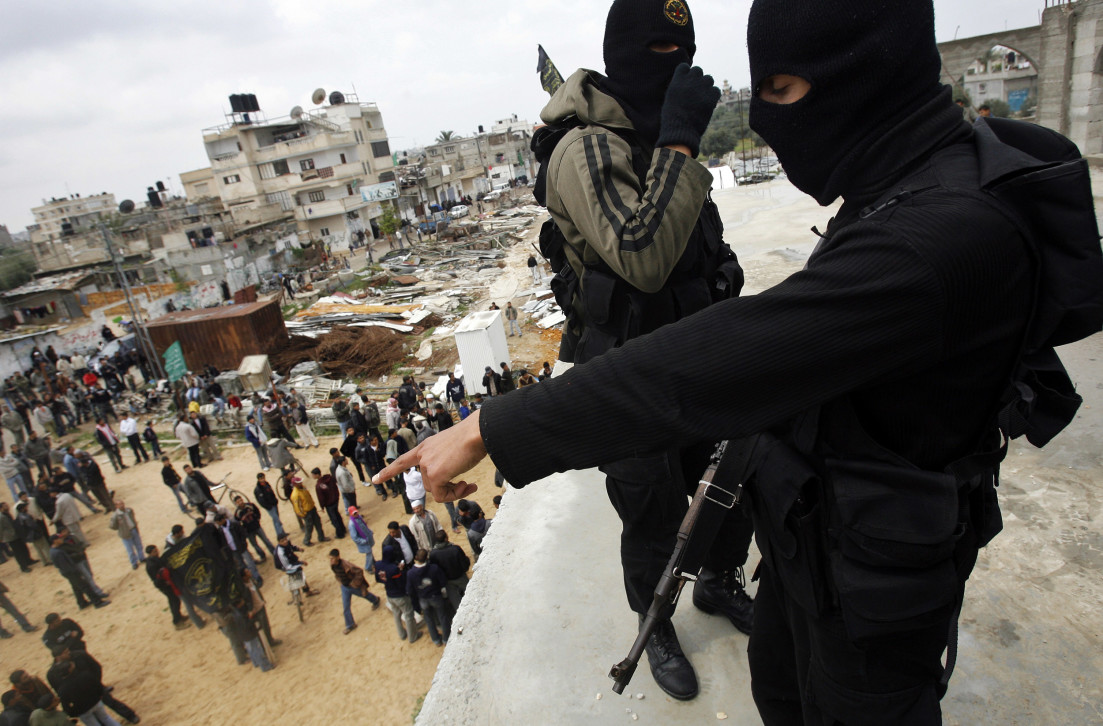 In the wake of James Foley’s death, there is a renewed focus on foreigners traveling to war zones to fight alongside militant groups. British Prime Minister David Cameron returned home from a vacation to deal with questions over the seemingly British ISIS member who took a knife to the U.S. reporter’s throat. Other jihadis from around Europe have become extremely active on social media, attracting the attention of journalists worldwide.

Among the ISIS ranks are a number of fighters from peaceful European countries, including Belgium and the Netherlands. Meeting them when they arrive in Syria and Iraq are a growing number of Gazans. There is no shortage of war and conflict in Israel and the Palestinian territories, of course, but Gazans are still making their way to foreign conflicts to fight alongside the notorious and brutal Islamic State, known as ISIS.

Vocativ reported last month on ISIS’ evolving presence in Sinai and the Gaza Strip, and groups from that area have expressed their philosophical support for ISIS since early 2014. Palestinian refugees (500,000 of whom were living in Syria when the conflict there erupted) were drawn into Syria’s conflict early on, but it now appears that groups that have pledged loyalty to ISIS leader Al-Baghdadi are sending representatives into the heart of the ISIS battlefield, and individual Gazans are also joining the fight of their own volition.

Among those Gazans known to have died in battle with ISIS are a number who hail from Rafah, Nuseirat and Jabalia and have fallen in Homs and Aleppo in Syria and Samara in Iraq.

According to ISIS forums and official social media accounts, two of the Gazans who have been killed in action recently were from Sinai-based Ansar Beit al-Maqdis and Ansar al-Dawla al-Islamia. The men had traveled to Iraq as “official representatives” of those groups to fight in Syria alongside ISIS.

The Ansar al-Dawla’s group’s Twitter account posted a short eulogy for one of those representatives, Muhammad Naif al-Qarinawi. Al-Qarinawi was an engineer from Nuseirat, a refugee camp in central Gaza, and he fought under the nom de guerre Abi al-Bara al-Ghazi. Abi al-Bara was sent to Syria to bring his operational expertise, especially in explosives engineering, to ISIS. Al-Bara reportedly died just outside Homs on July 26 during an ISIS military operation in which a 2,000-man force mounted an attack on the Sha’er gas field. Fighting at the gas field continued for 10 days, after which it was eventually recaptured by the Syrian military.

Beit al-Maqdis’ representative Ali Samir Abu al-Ainin was originally from Rafah and also died on July 26. He died in Samara, Iraq, the site of the 2006 bombing of a Shiite shrine that plunged the country into a violent sectarian war. In late July, ISIS began targeting roads and installations in Samara, which is thought to be group’s next big target in its attempt to push southward toward Baghdad.

Other Gazans are apparently heading to foreign conflict zones, and several have been killed in the heart of ISIS battles in Syria, although it’s unclear on which side they were fighting. At least two Gazans were killed last fall. Amer Abu al-Ghula, also from the Nusirat refugee camp, died in Aleppo, Syria, in a battle with Hezbollah.

Wissam el-Attal, a 37-year-old dentist from Jabalia, fought in Syria for 11 months. According to his family, Wissam traveled from Gaza to Turkey, from where he crossed illegally into Syrian territory. El-Attal eventually carried out a suicide bombing in Aleppo. Before doing so, he published a YouTube video in which he said goodbye to his family: “To my parents and family, thank you for your patience and for treating me so good. I know that you all will be sad, but you have to be happy because I am going up to heaven.”

As ISIS continues to make gains in Iraq and Syria, it seems clear that it will continue to recruit not only supporters but activists and operatives as well. Local reports suggest that 6,000 fighters joined its ranks in July alone, 1,000 of whom were classed as “foreign,” with the remainder joining from Syria. The group posted that it is actively looking for coordinators in both the West Bank and Gaza Strip, and is likely to expand its operations in the Palestinian arena.